So how about that new Star Wars cast! Director J.J. Abrams finally announced the actors he’s cast in Star Wars: Episode VII, and he’s bringing back a lot of familiar faces: Harrison Ford, Carrie Fisher, and Mark Hamill are all onboard to reprise their famous roles, and Anthony Daniels (as C-3PO), Peter Mayhew (as Chewbacca), and Kenny Baker (as R2-D2) are returning, too. But there are also several newcomers to the series, and it’s these actors who are likely to topline the franchise from Episode VII on. Who are they, and what should you know them for? Let Vulture introduce you to each of these newbies with an in-depth look.

John Boyega
The baby-faced Boyega is one of Britain’s most promising actors. Only 22 years old, his first film role came in 2011’s sleeper hit sci-fi movie Attack the Block, where he learned alien-battling skills that may serve him well in Episode VII. We highly recommend it as a rental, but you can also check out Boyega in next week’s revival 24: Live Another Day, in the Sundance award winner Imperial Dreams, or in the coming Nigerian drama Half a Yellow Sun, where he acts alongside 12 Years a Slave star Chiwetel Ejiofor. Boyega beat out virtually every young actor in Hollywood for the Episode VII lead, and it’s worth noting that Abrams — who also met with Ejiofor, Michael B. Jordan, and Lupita Nyong’o for roles in the film — was committed to assembling a diverse cast over the purported qualms from studio executives. At a time when Hollywood is desperate for talented male actors under 25, Boyega could be a newly minted superstar. 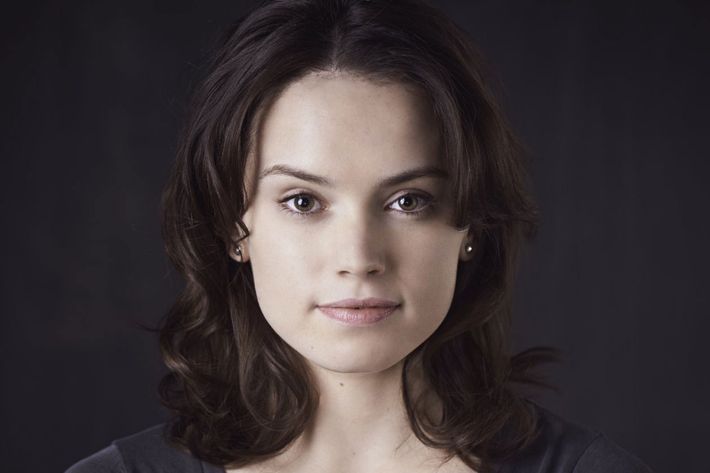 Daisy Ridley
Who? The virtually unknown British actress landed Episode VII’s female lead after a year of working in British television, appearing in shows like Casualty and Mr. Selfridge. The other leading ladies of the Star Wars franchise weren’t nearly as green when they picked up their first blaster — Carrie Fisher was Hollywood royalty as the daughter of Debbie Reynolds, while Natalie Portman was a well-known young performer who’d starred in The Professional — but Abrams cast a wide net while casting this role, and had allegedly been considering Oxford grad Maisie Richardson-Sellers, another unknown whose résumé is nearly as short as Ridley’s.

Oscar Isaac
As a supporting actor, Isaac has spent most of his career as the best thing in several bad movies: He was the sadistic brothel owner in Sucker Punch, King John in the Russell Crowe version of Robin Hood, and the modern-day love interest in Madonna’s misbegotten romance W.E. After impressing in those ignominious flicks, Isaac came thisclose to landing the new lead in The Bourne Legacy — rumor has it he was director Tony Gilroy’s choice, but the studio insisted on casting Jeremy Renner — and the Coen brothers then lent their heat to Isaac’s quest to become a leading man, casting him as the title character in last year’s folk musical dramedy Inside Llewyn Davis. It’s been rumored throughout the Episode VII casting process that Abrams was looking for two young leads and a somewhat older man to comprise the movie’s main trio; does this make Oscar Isaac the new Han Solo?

Adam Driver
Driver is best-known for playing Adam, Hannah’s eccentric boyfriend on the HBO show Girls, but there’s much more to the 30-year-old actor than that striking role. A former Marine, the Juilliard-trained Driver earned major plaudits on the stage for the 2011 theatrical revival of Angels in America (where he played Louis), and he proved to be the comic highlight of Inside Llewyn Davis, where he joined Justin Timberlake and his new Star Wars colleague Oscar Isaac to sing the dopey ditty “Please Mr. Kennedy.” The hot buzz is that Driver will be Episode VII’s main villain, but Star Wars baddies rarely act alone …

Andy Serkis
Serkis is the industry’s most highly acclaimed motion-capture actor, having played Gollum in Lord of the Rings and Caesar in Rise of the Planet of the Apes, which raises the pertinent question: By casting him, is J.J. Abrams planning to introduce the most significant mo-capped Star Wars character since the highly maligned Jar-Jar? It’s feasible, given the nature of Serkis’s talents, that he could be playing more than one mo-capped character; it’s also possible that the 50-year-old British actor may simply be playing a live-action role, as he has in movies like 13 Going on 30 and The Prestige. But that’s not why you would cast an innovator like Serkis, is it?

Domnhall Gleeson
You might ID the 30-year-old Gleeson for playing Bill Weasley in Harry Potter and the Deathly Hallows, but the Irish actor has been on a real roll as of late. He established his romantic bona fides in About Time (where he played the lead) and Anna Karenina (as Levin), added comic ballast to a masked Michael Fassbender in the delightful rock comedy Frank (out this summer), and is one of several male up-and-comers in Angelina Jolie’s forthcoming World War II drama Unbroken. Two fun facts you’re going to need to know going forward: Gleeson is the son of actor Brendan Gleeson (who played Mad-Eye Moody in the Harry Potter series), and his first name is pronounced “doe-nal.” Got that?

Max von Sydow
Harrison Ford, Mark Hamill, and Carrie Fisher won’t be the only veteran actors in Episode VII: Abrams has also drafted the 85-year-old Max von Sydow to play an undisclosed part. If you’re unfamiliar with von Sydow, then you have a lot of catching up to do, as the two-time Oscar nominee has had a long and distinguished career in films like The Seventh Seal, Pelle the Conqueror, Hannah and Her Sisters, The Exorcist, and Extremely Loud and Incredibly Close. He’s also no stranger to big-budget blockbusters, having played the villains in Minority Report, Never Say Never Again, and Flash Gordon. Will he dwell on the dark side for Episode VII? Stay tuned …

+Comments Leave a Comment
Star Wars VII: Who Are These New Cast Members?