With the spoiler alert flag clearly waving — a signal that you should not read further if you don’t want to know about the exceedingly major thing that just happened on Game of Thrones — we must now come to terms with the event that happened last night.

King Joffrey — the royal who made us never want to be royals, the bastard who ordered the killing of other bastards, a character who was the reason the phrase “He’s the worst” was coined — is dead, poisoned. There will be no more of Joffrey’s heartless taunting of Sansa, no more being an asshole to his uncle or his mother or his grandfather, no more of that snotty, ruthless, entitled expression that perpetually dominated his punk-ass little face. Joffrey Baratheon and his prickish ways have officially ceased to be. It’s kind of sad, really.

Oh, don’t misunderstand: Joffrey should have died. The Seven Kingdoms will be better off without him. But his absence from Game of Thrones — where his callous disregard for basic human decency made him far and away the most hated figure on the show, if not television in general — leaves a massive hole. Who are we supposed to hate now? Is anyone capable of inspiring a loathing as deep as the one caused by a petulant teen who ordered the killing of babies and forced his former wife-to-be to stare at the decapitated head of her own father?

In all honesty: probably not. But here’s a list of seven Game of Thrones characters who could make suitable targets for fans’ pent-up feelings of Ice and Fire–related rage now that Joffrey is no more. (Note: This topic is being explored with a focus on where we are right now in the TV series, not what happens in George R.R. Martin’s books.) 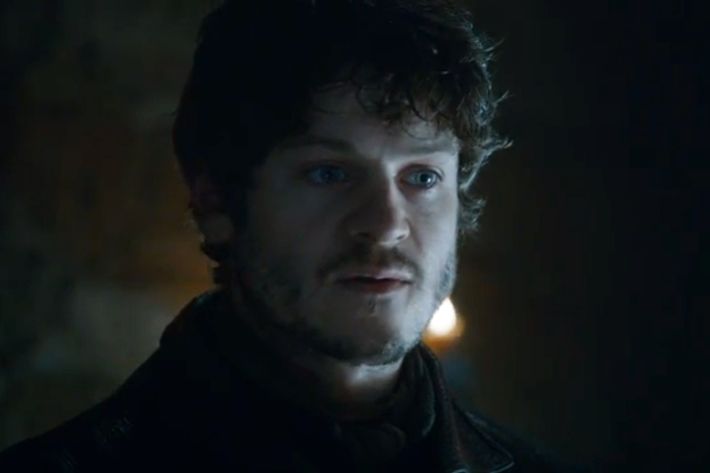 Ramsay Snow
Let’s cut (jokes!) right to the point: This guy robbed Theon Greyjoy of his genitals. He pretended to eat Theon’s penis, in front of him. He wiggled that sausage in front of Theon’s tortured face while pondering whether Theon’s lost member might take on the quality of a phantom limb. And then he wrapped up Theon’s penis and sent it off in the mail to Theon’s dad. Also, he had his dogs tear apart that woman at the beginning of last night’s episode. A real bastard. An actual bastard, yes, but also a bastard bastard.

Roose Bolton
The father of the penis-remover plotted in secret with Walder Frey to stage the Red Wedding. This is the man who plunged a sword into Robb Stark’s belly and ensured that the last words this noble father-to-be would ever hear were: “The Lannisters send their regards.” 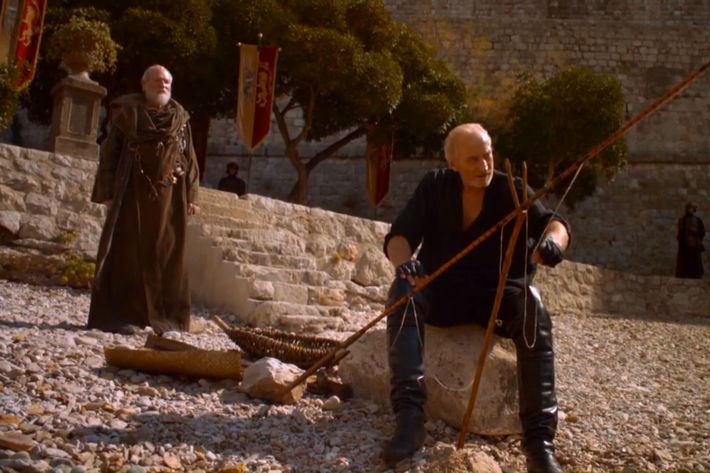 Tywin Lannister
He’s cold. He’s ruthless. He played a key role in the Red Wedding. But the main thing that makes Tywin Lannister so dastardly is his active contempt for his own son, Tyrion Lannister. “You are an ill-made, spiteful little creature, full of envy, lust, and low-cunning,” Tywin once said to Tyrion, his own flesh and blood and, for the record, the best character on this show. Tywin’s also responsible for forcing the marriage of Sansa and Tyrion against both parties’ wills. “That’s cruel, even for you,” Tyrion said when he heard his dad’s plans. Yes, yes, it was. In Tywin’s defense, he was relatively decent to Arya Stark when she served as his servant. But that’s because he didn’t realize it was Arya. Had he known, he probably would have sliced her face in half. So yeah, screw that guy.

Cersei Lannister
As the woman who gave birth to Joffrey, she’s an obvious candidate for Most Hated GoT character now that her son is gone. There are a lot of valid reasons to hate Cersei: She’s responsible for putting and keeping Joffrey on the Iron Throne and, therefore, an accomplice to every heinous thing he did; she’s a total bitch to her brother Tyrion; she has sex with her twin brother, Jamie, which remains really gross, despite Jamie’s hotness; she advocated for the death of Sansa’s direwolf, and, indirectly, caused the coma and subsequent paralysis of Bran Stark … look, we could go on and on. Plus, she always has that look on her face, as if she’s plotting world domination while simultaneously sucking on seven lemons. There’s plenty of hate-worthy stuff to work with here. But working with that stuff also requires overlooking the fact that she has a pretty rotten father, and that she was forced to deal with Joffrey’s shit for quite a while, which may temper some of those negative feelings. A little.

Petyr “Littlefinger” Baelish
This guy’s so oily and manipulative, he doesn’t just enter his scenes. He oozes into them like a Machiavellian weasel-slug. It’s hard to keep track of all the brothel owner’s lies, spies, and gossip-slinging. But certainly one of his worst sins, if not the worst, was betraying Ned Stark and deciding to jump on the Lannister bandwagon, making him a friend, of sorts (does Littlefinger have friends, really?) to King Joffrey. He also allowed Joffrey to kill his most valued prostitute (Ros) and came very close to essentially kidnapping Sansa, noting that she reminded him of her mother, his one true love. Which is just creepy. He’s a deeply bad person. At the same time, he’s sort of fun to watch. So maybe we have to dock him some hatred points for that? 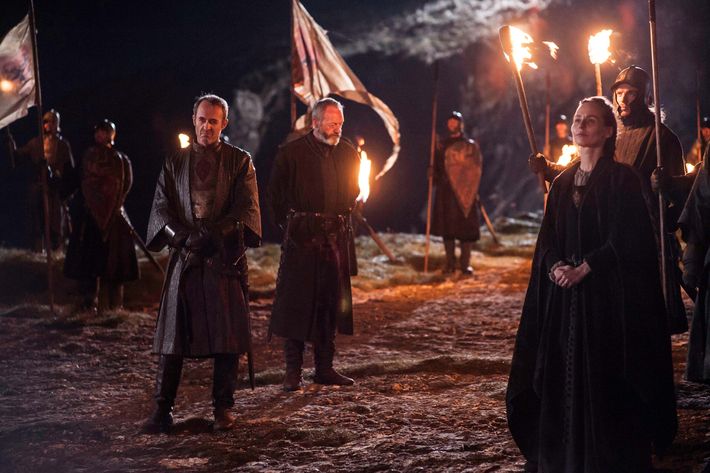 Stannis Baratheon
Stannis was responsible for killing his own brother, Renly Baratheon. He threw Davos, a trusted advisor, into a prison cell, after the guy was blasted off a boat by Wildfire. He continues to develop all kinds of black-magic-induced delusions of grandeur, courtesy of his not-to-be-trusted advisor Melisandre. He might be worth hating. But given his stupefying belief in every bit of mumbo jumbo Melisandre tries to sell him, he also may be more irritating than deeply loathsome. At least right now.

Melisandre
She’s a temptress, a controller of minds (especially Stannis’s), the kind of woman who convinces husbands to cheat on wives and seduces young men only so she can stick leeches all over their bodies. But most important: She pushed a black demon out of her vagina! I don’t know whether that means we should hate her, fear her, or applaud the heartiness of her uterus (that thing had smoke-claws, you guys). Regardless, she seems a little too freaky-deaky dark, a bit too premium cable version of American Horror Story: Coven, to be the successor to King Joffrey’s reign of haterade.

Potential for hatred, on a scale of 1 to 10: 6. Unless she later gives birth to a black demon that resembles Joffrey, at which point this number goes straight to 11.

+Comments Leave a Comment
Who Should You Hate on Game of Thrones?