Last night on the two-hour premiere of 24: Live Another Day, even while in exile and pursued by the CIA, Jack Bauer resurfaced in London to stop some bad guys — as if he could ever give world-saving up. Time will tell what thwarting these particular terrorists will cost him. In repeatedly stopping Armaggedon during the original eight seasons of 24, Jack “Bauered” (totally a verb now) his way through the most deadly predicaments, doing seemingly inconceivable things (kidnapping the president, killing Ryan Chappelle) for what he perceived to be the greater good. Vulture asked 24 executive producers Manny Coto and Evan Katz to look back at the times they say they made Jack’s life a living hell — and how he managed to live another day. Here are what they remember as being the show’s five most precarious Bauer high-wire acts. 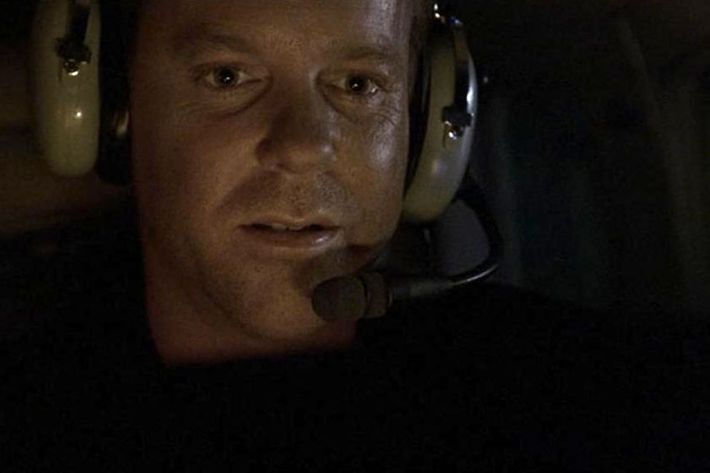 The One Where Jack Goes on a Suicide Mission (season two, “10:00 p.m.—11:00 p.m.”)
A tamperproof nuclear bomb is about to go off and there’s just enough time to fly it over the Mojave Desert to be disposed of. The hitch? The pilot won’t come back alive. (Look, the bomb needed to go down in a very precise location, and the plane with it.) Jack volunteers himself, says an emotional farewell over the phone to his awful daughter Kim mid-flight, and … surprise! Jack had unwittingly brought along a stowaway: his jerk turned hero boss George Mason, who, as it happens, had been exposed to radiation earlier in the day and asks Jack to swap seats. “It shouldn’t have worked,” admits Katz of the twist. “It shouldn’t work that the hero wants to sacrifice himself and then somebody shows up at the last possible minute to sub in.” According to Katz, dooming George Mason with deadly radiation earlier in the day wasn’t a deliberate plant; the writers had no idea how handy a development that would later become, many episodes down the line. “There was no way we knew that ahead of time,” he laughs. “We pride ourselves on working a whole two episodes ahead.” Before Jack agrees to the swap, he and George talk about their broken families. Coto said that conversation made the scene. “The line that made the whole thing work was Mason telling Jack, ‘If you want to be a real hero, Jack, go back and put the pieces back together.’” Jack parachutes out of there and watches the mushroom cloud from safety. 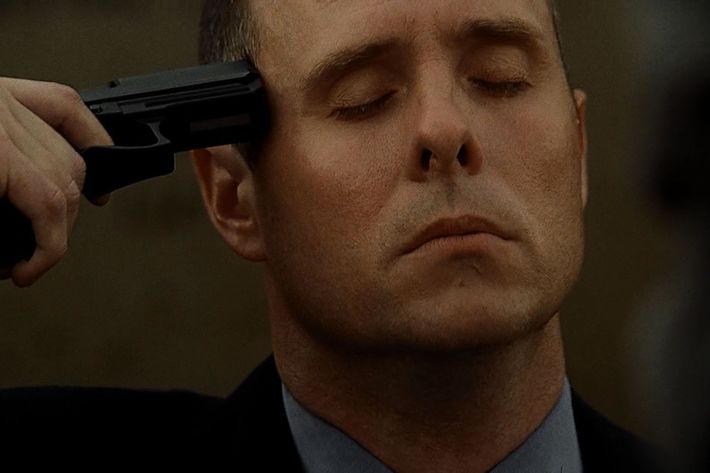 The One Where Jack Kills Ryan Chappelle (season three, “6:00 a.m.—7:00 a.m.”)
“It was one of our crazy 24 dilemmas,” said Katz. “Kill one man, save a hundred thousand.” Only in this case, the one man was Counter Terrorist Unit’s regional division director Ryan Chappelle. Inflexible, disagreeable, and sure, he tried to take down a helicopter carrying both Jack and a terrorist, but Ryan Chappelle was a good guy. Yet President Palmer, helpless to the demands of bioterrorist Stephen Saunders, ordered Jack to execute him. Series creator Joel Surnow insisted the act would pack the biggest emotional wallop since the death of Jack’s wife, Teri, but the writers didn’t think the show could recover from such a blow to Jack’s mental state. “That was a script Howard Gordon and I took many cracks at throughout the year leading up to it,” Katz said. “The key ended up being letting the audience believe all the way to the very end that CTU would be able to stop it.” They accomplished this by setting up a parallel rescue investigation to take place as the minutes to the execution counted down. “It looks like it will save Chappelle’s life, which made the episode less excruciating — until the end. You see that there’s really no way out. I think we got the story to the point where you buy that it had to happen and you don’t hate Jack for it,” Katz said. 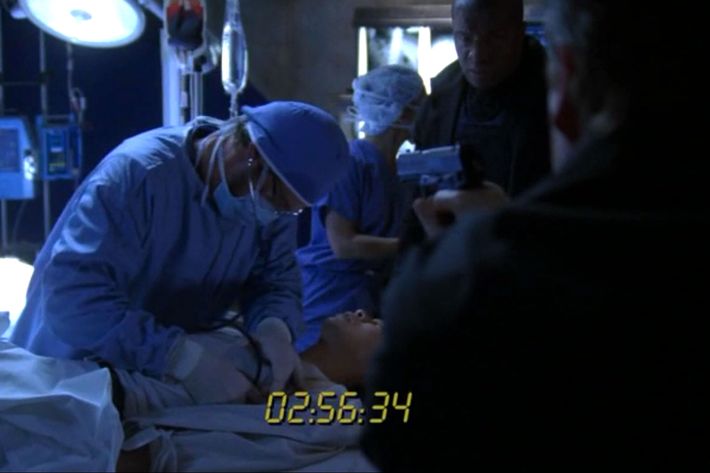 The One Where Jack Lets Audrey’s Husband Die (season four, “2:00 a.m.—3:00 a.m.”)
There was far less buildup to the death of Paul Raines, Audrey’s estranged husband and Jack’s romantic foe. “The situation snuck up on you,” Katz said. Paul had deliberately taken a bullet meant for Jack at the end of a shootout with defense contractor McLennen-Forster mercenaries, and rushed to CTU for surgery. But during his emergency operation, Jack rushed in with a wounded suspect from the Chinese consulate with vital information. The choice was easy: country first, love second. At gunpoint, Jack orders the surgeon to drop Paul and mend the suspect. There was no confusion about what to do despite Audrey’s protests. “Jack does not hesitate,” Katz said. “The thing that made it interesting to us was how Audrey would react to it. I don’t think we knew where their relationship was going to go, but we knew it would be a turning point for her.” Ya think? 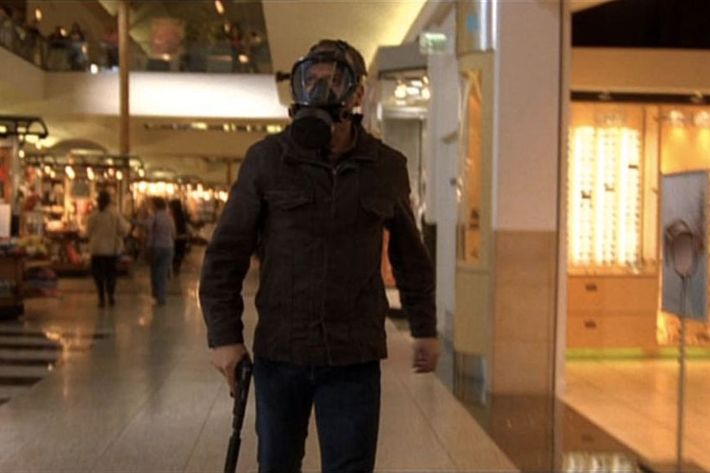 The One Where Jack Visits the Mall (season five, “2:00 p.m.—3:00 p.m.”)
Jack goes undercover as an engineer with terrorists who plan to kill hundreds of Americans by unleashing toxic gas through the ventilation system of a shopping mall. He’s outmanned and outgunned, and ordinarily that would be tough enough for Jack to overcome. But the 24 writers threw in a far more problematic monkey wrench: The president wanted the terrorists to release the gas and be kept alive. (Long story short: Killing the bad guys would prevent Jack from recovering the other canisters at large. Better to let a few hundred mallgoers die if it leads to world-saving information.) Of course, Jack refuses to cooperate with the White House. “He goes against a presidential order because he’s going to figure out what we always call the Third Way. He attempts to stop the attack on the mall, and then go after the terrorist himself,” Coto said. Eleven people still die at the mall. “The irony is that Jack loses. The terrorist commits suicide before Jack gets any information, so in a sense, he screws up.” 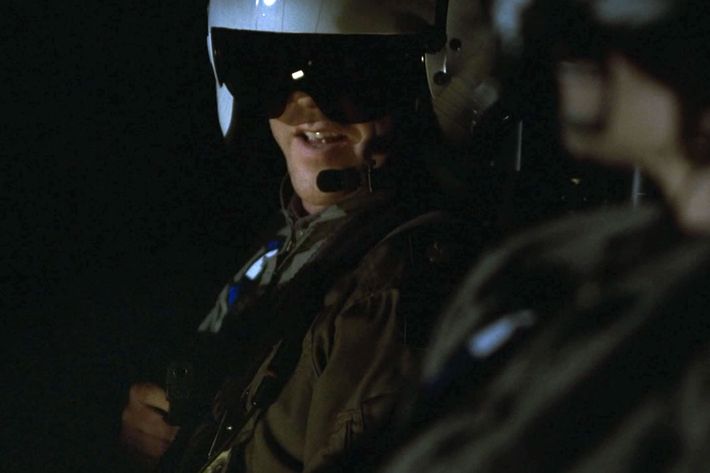 The One Where Jack Kidnaps the President (season five, “6:00 a.m.—7:00 a.m.”)
Usually Jack is protecting the president and trying to do right by the country, but that changes when the commander in chief is revealed to be a corrupt traitor. Season five was all about Jack versus President Logan. “We knew there had to be some kind of physical, face-to-face confrontation between these two antagonists at the end of the day, and that it couldn’t be done from afar,” Coto said. “We had to figure out a way to get Jack to kidnap Logan and make him face everything he’d done throughout the season. There was a lot of discussion about how Jack could do it remotely believably.” They settled on something only somewhat complicated: Jack would hijack the presidential helicopter mid-flight and take it and the president to an abandoned warehouse for some … interrogating. Secret Service, Shmecret Service. In exchange for a little more suspension of disbelief than usual, we got to see Logan squirm. Said Coto, “We almost felt bad for him.”