Like a high-school senior struggling to avoid Senioritis, Supernatural deserves credit for not completely phoning in its ninth season. But maybe in attending all its classes and keeping up its grades, Supernatural forgot to go to parties or fall in love or get in fistfights or do anything that could forge valuable memories? Season nine has not been as bad as it could’ve been, but too frequently it’s felt like homework.

Unfortunately “Stairway to Heaven” was representative of season nine’s most frustrating tendency: being entertaining moment to moment and willing to tease ambitious concepts, but then failing to make us really care about the big picture. Like, take a step back from this episode — what did it really change about the main narrative? Metatron had given Castiel an army, and now he’s taken it away. That’s not a forward-moving narrative, that’s wheel-spinning. Still though, the concept of suicide-bomber angels is brave and provocative enough to keep us engaged. Too bad we’re one episode away from the finale and I’m still not 100 percent sure what Metatron is trying to do or why he needs to be stopped. I honestly don’t care what happens to the angels at all, and that’s a pretty major problem for a season that’s had 22 episodes to make me care. 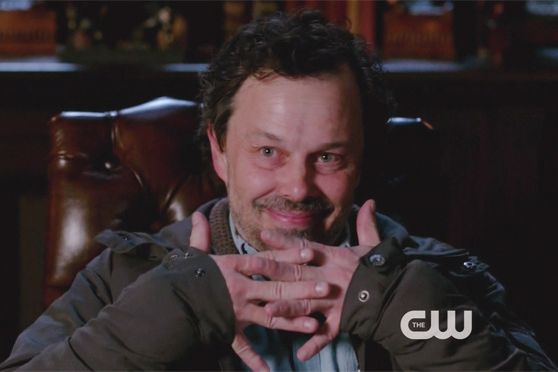 While there’s certainly something to be said for suicide bombings as a powerful story element, Supernatural weirdly avoided doing anything meaningful or smart with it. In the cold open, an angel barged into an ice cream shop, whipped open his coat, and stabbed himself in the chest, his glowing essence frying a rival angel on sight (as well as a handful of human onlookers). That’s an intense way to start an episode, and as we came to find out, it was merely one in a series of bombings allegedly authorized by Castiel against Metatron’s rival army. For a minute it seemed like Castiel had become power-corrupted like he had in season six, but by episode’s end, we discovered Metatron had been framing Castiel for these war crimes in order to win the hearts and minds of Castiel’s followers. But why couldn’t Supernatural show us one of these kill-for-me conversations taking place? How exactly does one convince an angel to become a suicide-bomber? What a powerful scene that could’ve been. And for that matter, would it have killed Supernatural to show us a little more of Castiel’s leadership skills? Why, exactly, were these people so devoted to him? I feel like all that setup happened when we were trapped in Chicago with a bunch of dumb monster families, and we missed out on what could have been a fascinating glimpse into a paranormal power struggle. Instead, we’re left with the impression that Castiel accidentally gained an army of followers, which meant that it was a major who-cares situation when they all walked out on him. 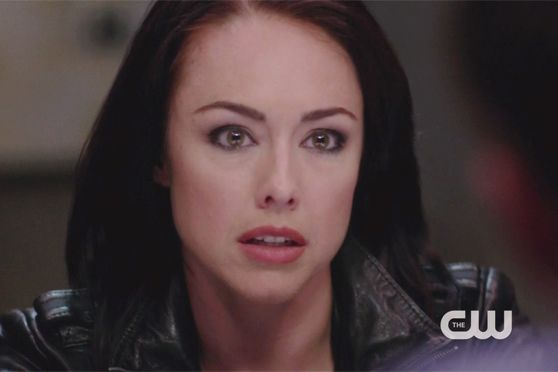 Quick question: Can somebody explain to me what Tessa was doing getting mixed up in angel business? Had Supernatural established that reapers were also angels? If so, I totally missed that part. But even if it was my fault that I didn’t understand why Tessa was an angel all of a sudden, that still didn’t make her death any less maddening. Ever since her introduction in season two, she’d always had this cool, ephemeral presence, and it’s so rare that Supernatural can bring back an old face for emotional depth. But this episode made her a two-dimensional suicide bomber (and also a fool, apparently, since she fell for Metatron’s trick), and then made her commit suicide by pulling herself onto Dean’s outstretched First Blade? That character deserved better, sorry. 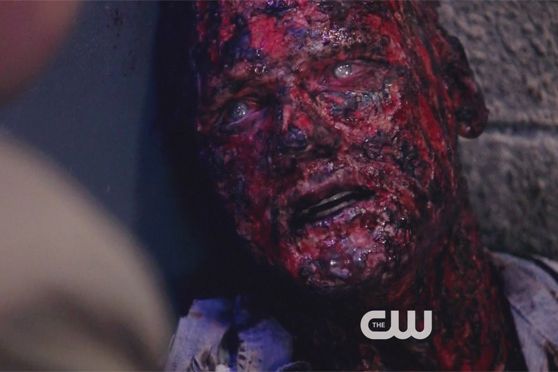 Dean spent most of the episode in a cranky mood due to the First Blade’s effects (he refused to leave it at home despite Sam’s protests), and Sam accompanied Castiel on a quest to find another angel who’d been in search of Metatron’s doorway to Heaven. Again, this amounted to a wheel-spinning wild goose chase, as they found it in a small town named Pray, Montana, protected by riddles and booby traps straight out of Metatron’s favorite movies. (I was hoping there’d be a bone piano like in The Goonies, but oh well.) Or, at least, they found the OLD location. Yes, this room had been hilariously dressed up in the tackiest decorations from Party City’s discount bin, but still: Waste of time. (The charred, Home Alone’d angel was a nice touch, though.) Similarly, we got several scenes in which Metatron lamented to Gadreel that Castiel had grown too powerful, which proved to be untrue as Metatron had had the upper hand the entire time. And what was the point of Metatron personally trying to win over a faction of angels if he knew their leader was about to be suicide-bombed? Was making jokes about bowling alley odors really that important to him? Anyway, the leader died in the bombing, and his distraught followers sided with Metatron, as was the plan all along. 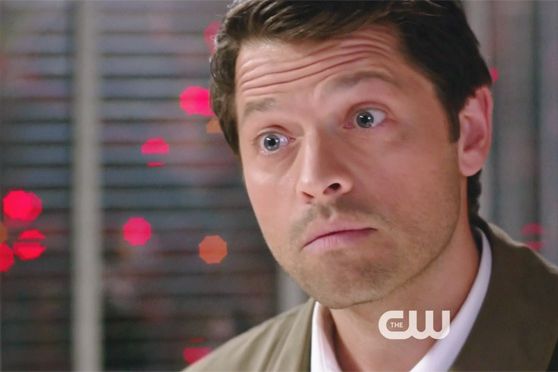 When coupled with the earlier Metatron episode “Metafiction,” this episode was supposed to make us care about Metatron’s new testament, or the written legend that he’s trying to fabricate for himself. Positing himself as an underdog to Castiel’s villain, he sought to bestow leadership upon Castiel only to then destroy it so that all the (apparently dumb) angels would think he was the Best God Ever. Which, fine, that is not a clichéd plot line by any means, but why, exactly, are we supposed to be invested in it? How is that a season-ending, catastrophic situation? Similarly, earlier in the season there were implications that Abaddon and Crowley would be mounting a full-on presidential campaign against one another, but that quickly fell by the wayside also. At this point, Supernatural’s most frustrating tendency is come so close to an interesting story line only to gloss over it or avoid it entirely. I’m almost getting nostalgic for the Mother of All or Dick Roman days. At least those were villains with clear and frightening agendas. 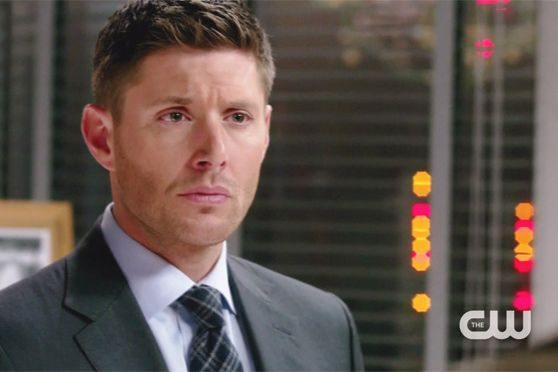 Those complaints aside, the First Blade plot line remains this season’s strongest end-play. As has been telegraphed from the beginning, the Blade has begun to utterly corrupt Dean’s mind the more he uses it, so Tessa’s self-sacrifice onto it may have been her way of nudging him even further into the dark side. Though I’m not sure I was convinced of Sam’s argument that a weapon of that power should be kept at home, Dean’s itchy First Bladin’–finger was definitely cause for concern. The episode’s final shocker involved Gadreel coming to his senses, turning against Metatron, and offering his assistance to the boys, only to find himself on the receiving end of Dean’s slash-happy ways. He’s probably not dead, but still: Yikes, Dean. 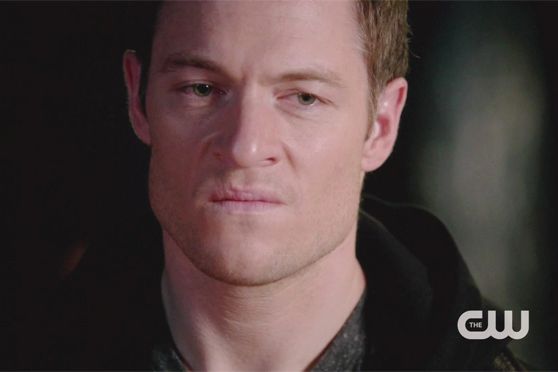 Much like how season eight took a relatively uninspiring end run and gave us the apocalyptic final image of angels getting expelled from heaven, hopefully next week’s finale will pull out a similarly memorable final shocker. As it is, I’m not sure it truly matters what Metatron does or doesn’t do. Oh, well, no matter what happens, it’s pretty fair to assume it won’t be phoned in. How many ninth seasons can we say that about?