The inmates on Orange Is the New Black have few luxuries, so the books they read — from feminist texts like The End of Men to YA bibles like The Fault in Our Stars — are of central importance, both to the characters and to the show. On her Tumblr Books of Orange Is the New Black, Jarita Lee has been documenting every book featured on the show; below, she picks ten (plus a bonus!) books from season two and explains their OITNB significance.

Anna Karenina, Leo Tolstoy
The first shot of season two shows Piper, stuck in SHU, sleeping with a 20-pound brick of a book on her face. Anna Karenina is obviously a practical choice: If you’re in solitary, you might as well bring a really long Russian book with you.  It’s also relevant reading for anyone currently stuck in a love triangle, as certain blonde members of this show are. 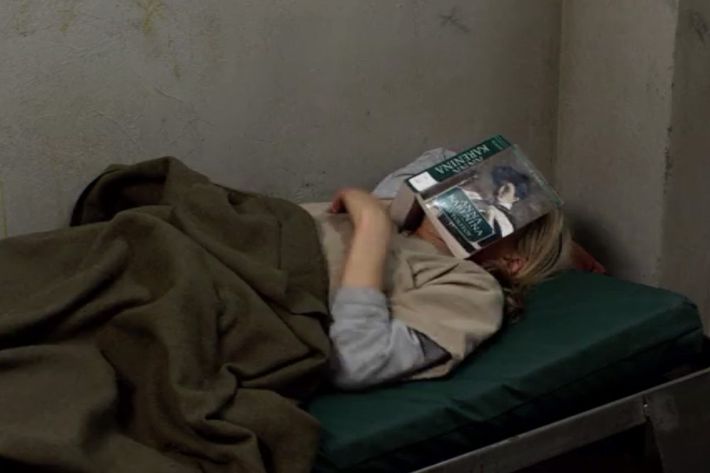 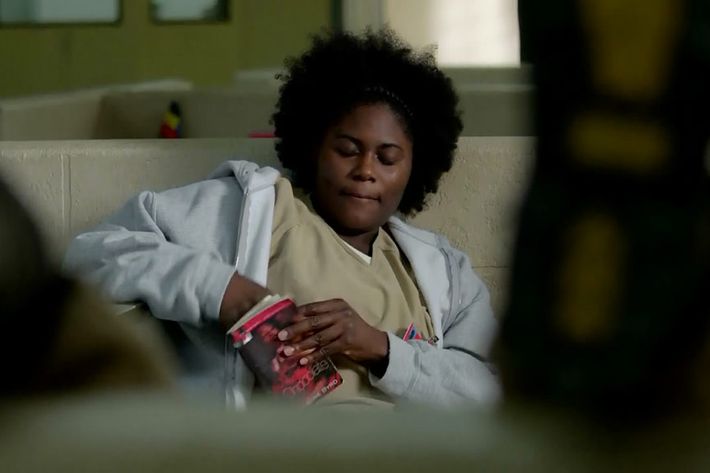 Atonement, Ian McEwan
I can’t look at this book without getting supremely angry, but Leanne — finally free from Pennsatucky, and shown with a book for the first time — deserved to read Atonement’s gut-punch of an ending for herself. It was stone-cold of Piper to steal that book back from her. Somebody needs to learn how to share. 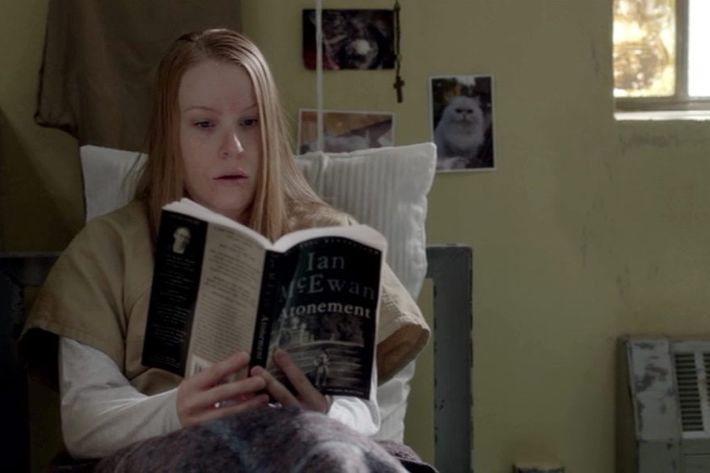 We Are the Goldens, Dana Reinhardt
It was pointed out to me that We Are the Goldens wasn’t even released when season two was filming, so Red must have some serious publishing hookups at Litchfield. Anyway, it works on two levels: Family, loyalty, and secrets are big parts of Red’s story line, so it makes sense that she keeps this book with her through multiple scenes. And then there’s the more literal reference: her acceptance into the prison’s Golden Girls group. 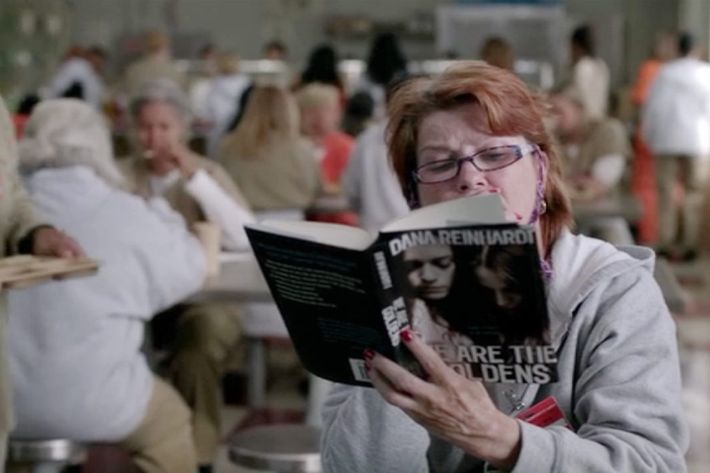 The Fault in Our Stars, John Green
This one seems a bit obvious, even given Rosa’s cancer situation and the general timeliness. (The Fault in Our Stars movie was also released on June 6.) Vee tries to make nice with Rosa by recommending this cry-fest of a book to her — but having seen flashbacks to Rosa’s relationships with the men in her life, she made the right choice in skipping it. There’s only so many traumatic deaths a girl can handle in one lifetime. 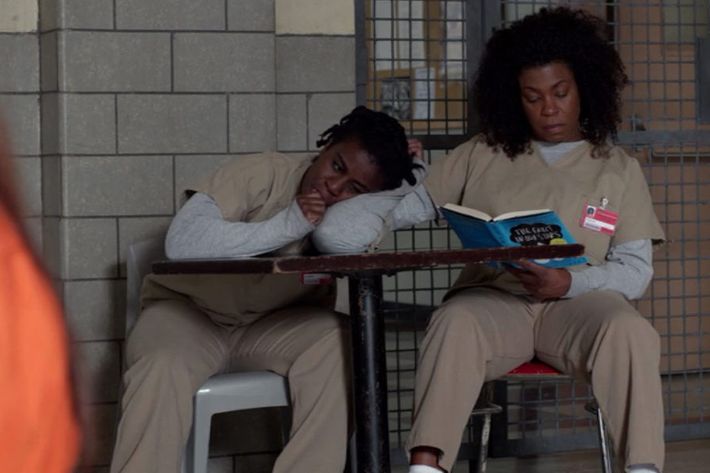 Rejuvenile, Christopher Noxon
Fun fact: Rejuvenile was written by Christopher Noxon, who was a music consultant on Weeds. He is also the husband of OITNB and Weeds creator Jenji Kohan. This book is part of Healy’s therapy reading list, and it speaks well of him that he’s so committed to his job as prison counselor. He still has pretty much all the learning to do, though. (See also: The End of Men, below.) 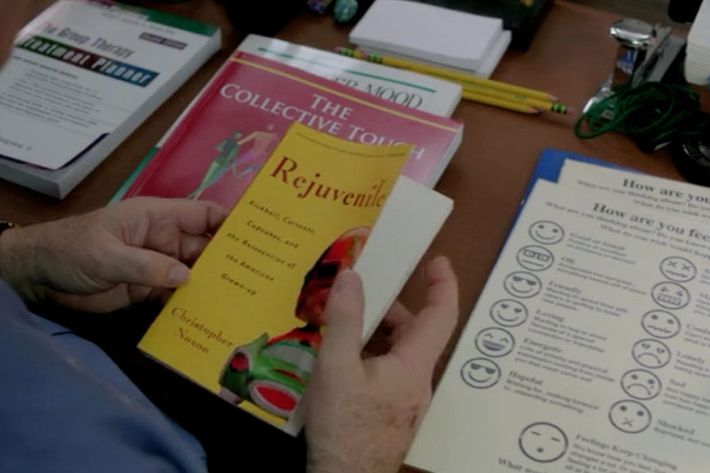 Hand-Me-Downs, Rhea Kohan
Technically, Hand-Me-Downs was not being read; Flaca was using it to smuggle smokes from the library, and then she shelved it incorrectly.  That is not very respectful to Mrs. Kohan, Flaca. (Yes, Hand-Me-Downs was written by Jenji Kohan’s mother.) 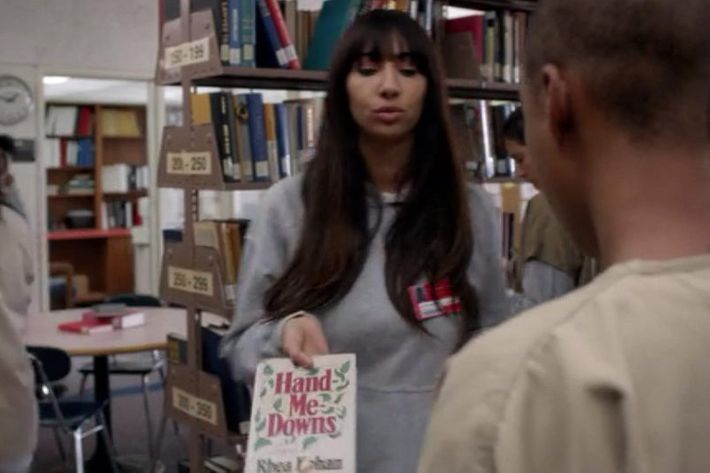 The End of Men, Hanna Rosin
Rosin herself was delighted by the inclusion; since Healy has had a complicated relationship with women — inside and outside of the prison — his fascination with this book kind of creeped me out. But Pennsatucky does seem to have the right idea: “No offense, but men being in charge hasn’t ever done me any good.” 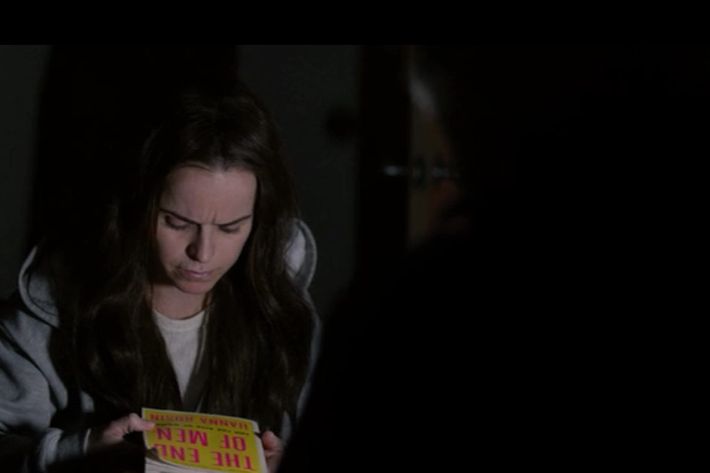 Outlander, Diana Gabaldon
I won’t be able to top Taystee’s amazing summary of this book, so here it is: “Outlander! You ever read this? Lady travels back in time to Scotland, hooks up with this big, sexy, outlaw type, and they be gettin’ it … day in and day out. Yo, it’s hot!” 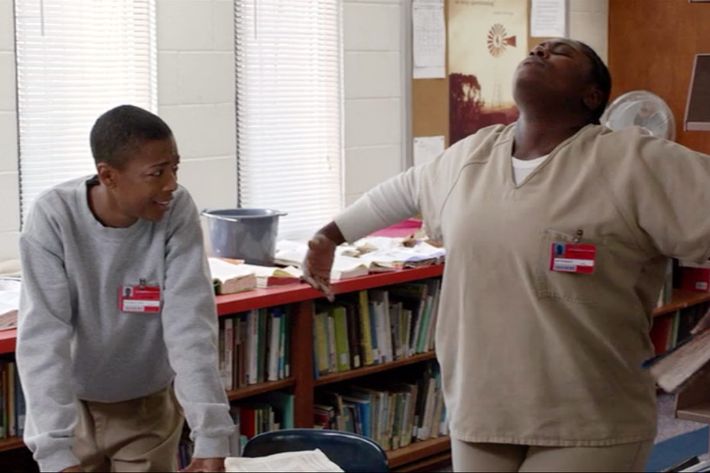 Cut Me Loose: Sin and Salvation After My Ultra-Orthodox Girlhood, Leah Vincent
This book was barely visible onscreen — and there are so many Alex books to choose from — but this one is interesting because of its parallels to Alex’s outside life. Cut Me Loose is a memoir of a “young woman’s promiscuous and self-destructive spiral after being cast out of her ultra-Orthodox Jewish family,” which may remind you of Alex’s strict religious upbringing, and also of her post-prison struggles. 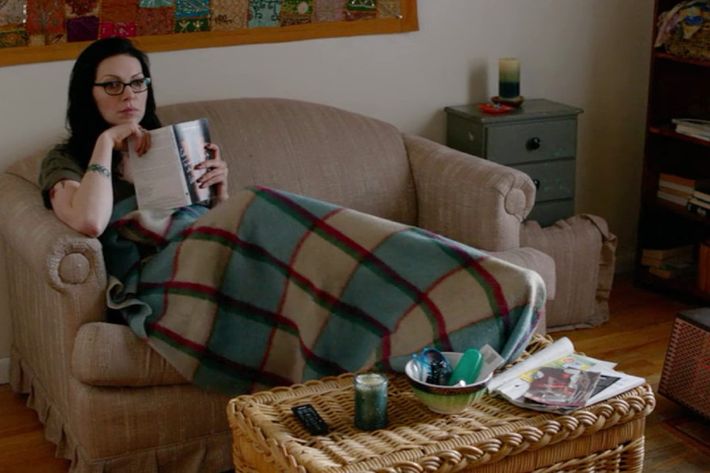 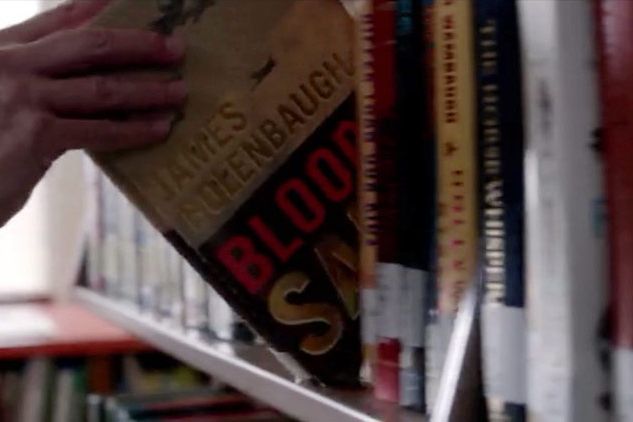 +Comments Leave a Comment
The Books of Orange Is the New Black: A Guide