Unpopular opinion time: Is The Fault in Our Stars movie better than the book it’s based on? True, the film is impressively faithful to John Green’s novel and the changes are few — but many of those changes are really good ones. Here are 21 reasons why, even if you loved the book, you might prefer the movie. (Heads up! If you have not seen the movie or read the book, there are spoilers here for you. Beware.)

It’s one thing to read about how cumbersome it is for Hazel to wear that cannula — but it’s another to actually see it, right there on Shailene’s face. A lesser teen movie might have tried to pretty it up or lose it altogether. But cheers to director Josh Boone and Co. for making the cannula (and oxygen tank) look as burdensome as the book implies, and maybe even a little more so.

In the book, Hazel mentions the band the Hectic Glow quite a few times, a band “so underground and hip, that they aren’t even real,” said writer John Green in an interview. Luckily the movie’s soundtrack fills in the gaps of her musical taste with real artists like Charli XCX, Ed Sheeran, STRFKR, M83, and Lykke Li. Indians’ “Oblivion” (a song that sounds much like Bon Iver’s “Holocene”) plays during the couple’s first Amsterdam date.* It’s heartwarming and heartbreaking.

4. In the movie, Gus doesn’t have an ex-girlfriend.

You might recall that in the book, Gus had an ex-girlfriend who died from cancer. “Caroline is no longer suffering from personhood,” he says to Hazel, after she asks. It’s an unnecessary complication that has been mercifully eliminated by the movie’s screenwriters.

5. And Hazel doesn’t have a former BFF, Kaitlyn.

Another not-that-interesting character smartly cut from the movie version: Hazel’s former best friend Kaitlyn, with whom she hasn’t spoken much since she got cancer.

They’re never mentioned in the book, but Movie Gus has some pretty cool sneakers. Just look at these things.

7. His leather jacket is pretty great, too. Remember all those parts from the book about video games? There aren’t as many in the movie, thankfully.

In the book, Hazel and Gus’s texts just sit there on the page. But in the movie, they pop up in colorful, animated bubbles. There’s anticipation! And timing. It feels like real texting.

In the book, Mrs. Lancaster is a little two-dimensional, a doting mom who gleefully celebrates random holidays for Hazel’s benefit. In the movie, though, Laura Dern plays her, and she will make you cry every time you see her face, a faux-bubbly mask that barely hides her pain and fear. 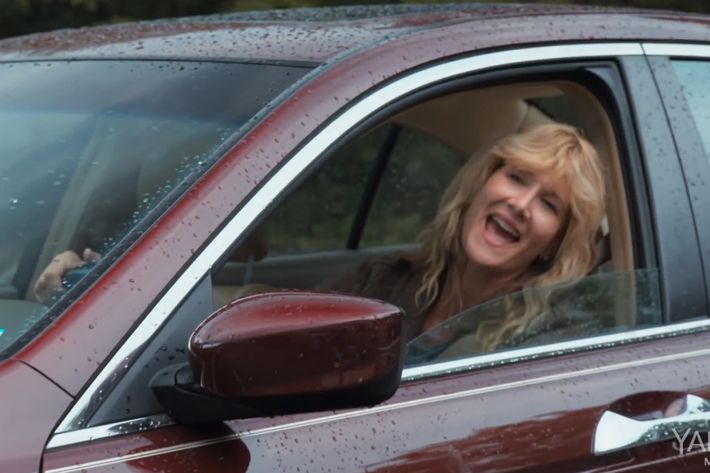 Chalk this up to his experience with gallows humor, but Birbiglia does a lot more with Patrick, the support-group leader who once had “ball cancer,” than the book does. 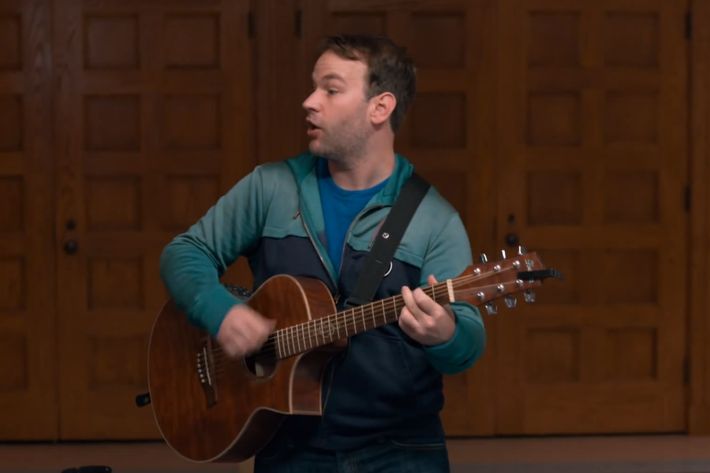 … is totally adorable. He is! He turns the otherwise-depressing Isaac (who mopes around after getting dumped by his girlfriend and losing his eyes to cancer) into a really funny guy who’s able to go toe-to-toe with the sardonic Hazel and Gus.

God, it’s easy to hate Fault’s so-called villain, the alcoholic author Peter Van Houten. And Willem Dafoe does a great job bringing him to life. But has anything ever been as hilarious as Dafoe’s Van Houten doing a chair dance to Swedish hip-hop? No.

In the book, Hazel turns around to find Gus staring at her. In the movie, they literally bump into each other on the way up to their support group. It’s the hoariest romance cliché — you would have expected textbooks to fall out of her hands — but it works.

The book gives you something like this: “The whole affair was the precise opposite of what I figured it would be: slow and patient and quiet and neither particularly painful nor particularly ecstatic.” Meanwhile, the movie gives you shirtless Ansel Elgort. (And so much more.)

In the book, Hazel and Gus kiss for the first time while touring the Anne Frank House, of all places, which always struck us as a little tasteless. But just knowing that the makers of the Fault movie sought and received permission to shoot there for real makes it a little better. In the movie, somehow, it’s actually quite cute.

In the movie, when Gus breaks “the news” to Hazel, it’s in front of a gorgeous canal instead of in their hotel room, like in the book. (Sob, sob, sob.)

19. Gus dies quicker in the movie.

And thank God! Less suffering. Trust me, you wouldn’t be able to take any more suffering.

20. The movie’s ending, when Hazel finds the letter, is a lot less clunky.

In the book, she runs around looking for the letter like she’s solving a mystery. It’s sad. In the movie, Van Houten just hands it to her.

21. You can see it in theaters surrounded by a sobbing audience.

Reading the book is a solitary experience, which means you have to cry alone (or fight back tears so as not to embarrass yourself on the subway). But nothing beats unloading your tear ducts alongside a couple hundred fellow sobbing fans in a dark movie theater. As soon those sad moments start to happen, you’ll hear faint sniffles that steadily build into short gasps and eventually deep, loud bawling. There’s no better reason to see it on opening weekend.

* This post initially stated that Bon Iver’s “Holocene” played during a scene in the film. It does not.