With three hit films this year under his belt, Kevin Hart is now firmly established as a major Hollywood star … and he’s a quietly groundbreaking one, to boot. Standing at just five foot two, Hart is at the low end of Hollywood A-listers when it comes to height, as you’ll see in the Vulture graphic below, which charts the size of contemporary leading men. Most of our matinee idols (including Johnny Depp, Ryan Gosling, and Brad Pitt) fall into the middle of the pack, while Will Smith and Will Ferrell appear far away from Hart on the taller end of the graphic. Was their unusual height a key factor in encouraging and shaping a comic sensibility? Take a look at the chart and leave your unified theories below — and remember, this isn’t built exactly to scale (yes, Tom Cruise is shorter than the average American man, but you cannot pinch him between your thumb and forefinger). 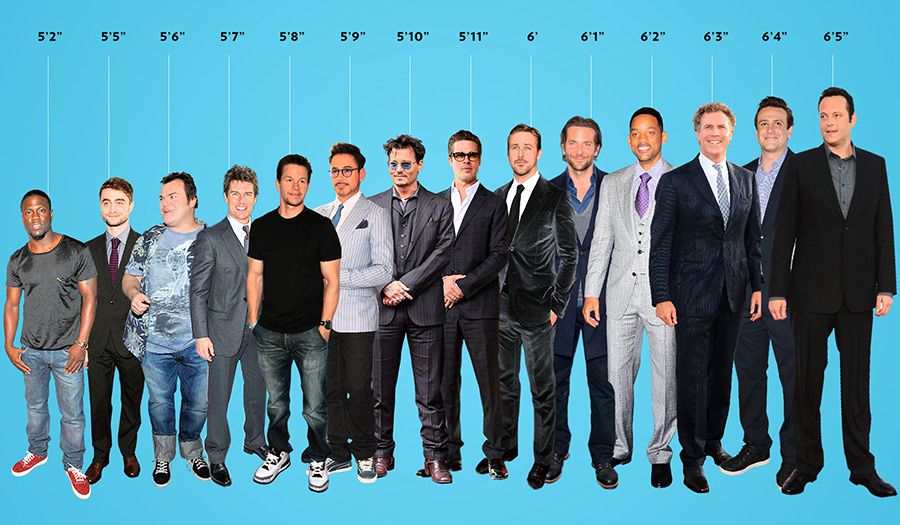