Hollywood’s most durable action hero returns this week in Edge of Tomorrow. Here, a breakdown of his biggest paychecks, post-couch-jump earning power, and facial evolution.

37: Number of movies Cruise has been in, including Edge of Tomorrow.

$75 million: Cruise’s biggest paychecks, which he reportedly received for both the second and third Mission: Impossible movies.

500 percent: Reported increase in naval enlistees who said they wanted to be pilots after Top Gun’s release in 1986.

The Oprah Effect
How much did Cruise’s couch-jumping really hurt him? 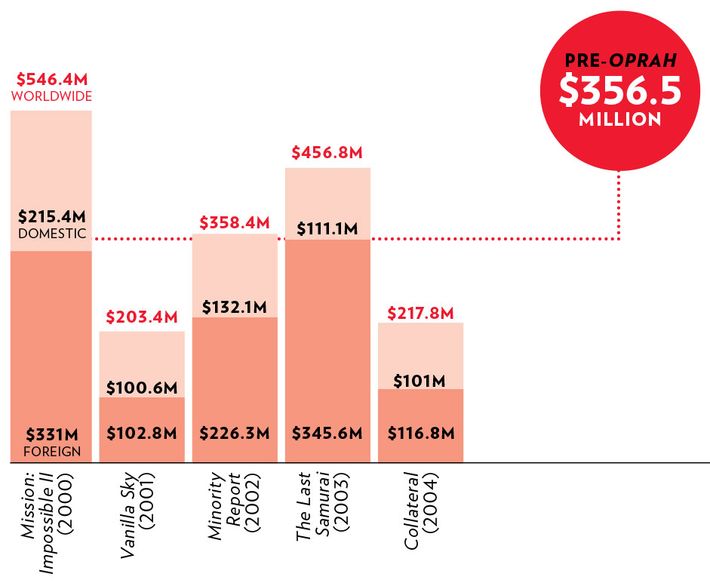 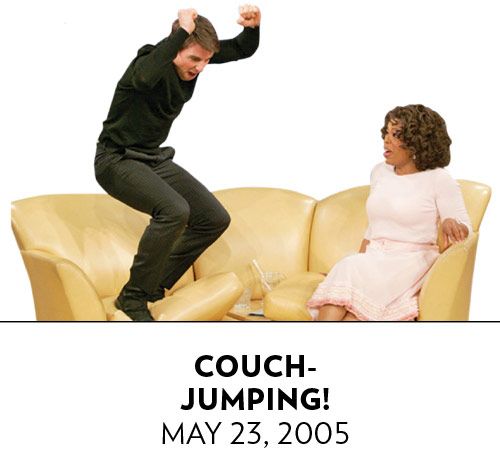 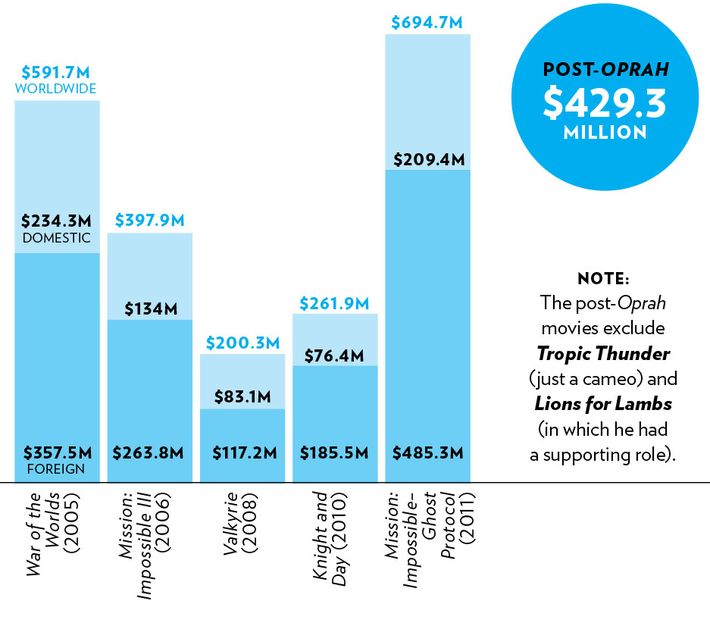 A Career on Two Wheels
Outside of a pair of Ray-Bans, Cruise’s favorite movie accessory is a motorcycle.

His Face: An Evolution 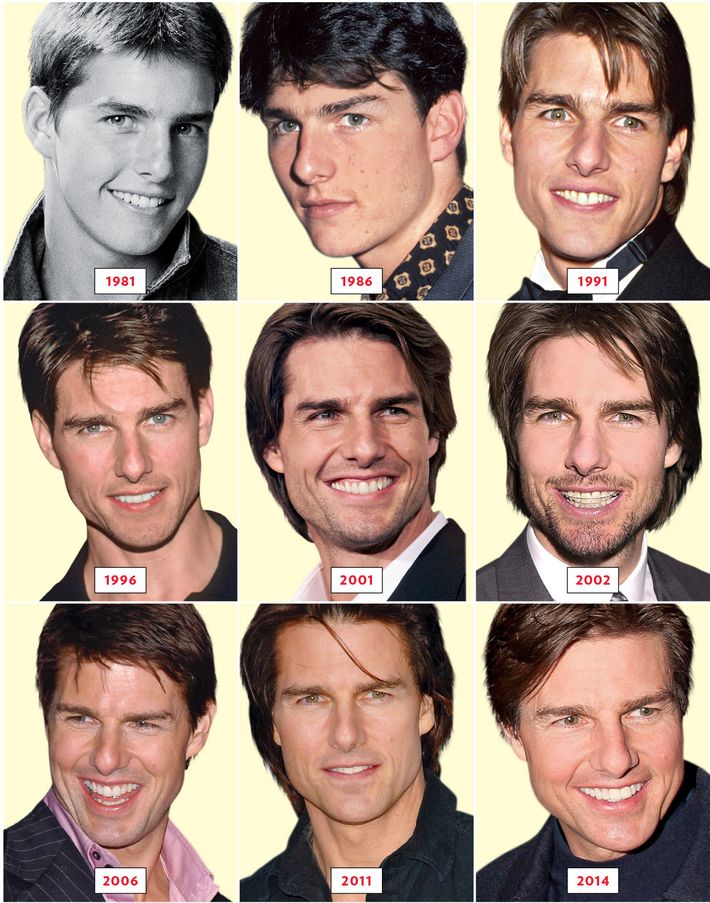 Duncan Jones’s Moon (2009)
A solitary lunar miner discovers he has a doppel­gänger and that both were sent to the moon to work by the same evil corporation.

Tom Cruise’s Oblivion (2013)
A solitary repairman on postapocalyptic Earth discovers he has a doppel­gänger and that both are working for evil aliens.

Jones’s Source Code (2011)
An Army pilot finds himself in a ­computer simulation that makes him relive the same eight minutes over and over again until he finds the culprit in a terrorist bombing.

Cruise’s Edge of Tomorrow (2014)
A military officer relives the same combat mission over and over again until he defeats a race of evil aliens.

*This article appeared in the June 2, 2014 issue of New York Magazine.

+Comments Leave a Comment
How Much Did the Oprah Effect Cost Tom Cruise?