When you think of Sundance, you probably think of the snowy, January-set film festival where so many important directors have gotten their start. But for many of those filmmakers, Sundance also has a summer component that’s just as important: Directors like Quentin Tarantino, Paul Thomas Anderson, and Miranda Julyworkshopped their pivotal first projects at the Sundance Labs, which take place in Park City every year from May to August. With the Directors Lab just finished and the Screenwriters Lab currently ongoing, Vulture is happy to premiere some rare, exclusive photos of the famous alumni who developed their early films in those labs. Take a look!

Long before Hedwig and the Angry Inch made its Tony Award–winning leap to Broadway, creator John Cameron Mitchell spent time at the Sundance Labs in 1999, adapting his off-Broadway production into a movie. That’s Mitchell on the right, discussing a scene with actor Keith Nobbs. 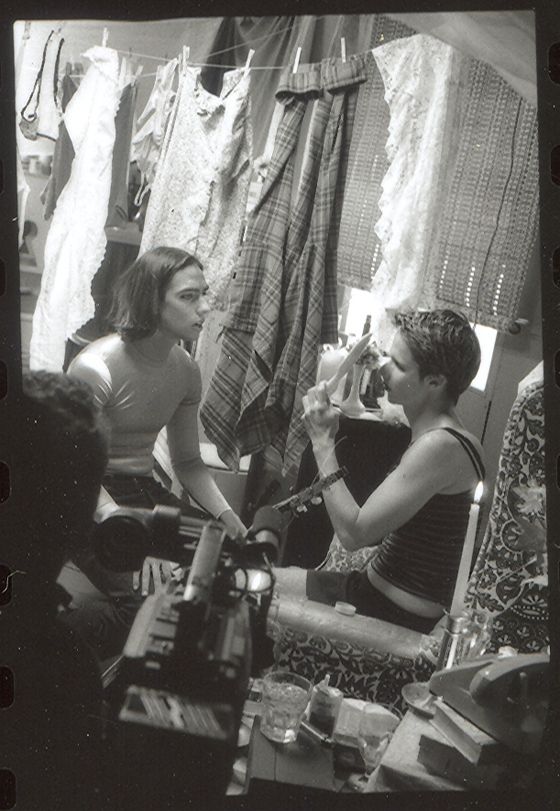 Producer Miguel Arteta and writer-director-star Miranda July watch the monitor during a 2003 Labs production that helped hone July’s first feature, Me and You and Everyone We Know, out two years later. 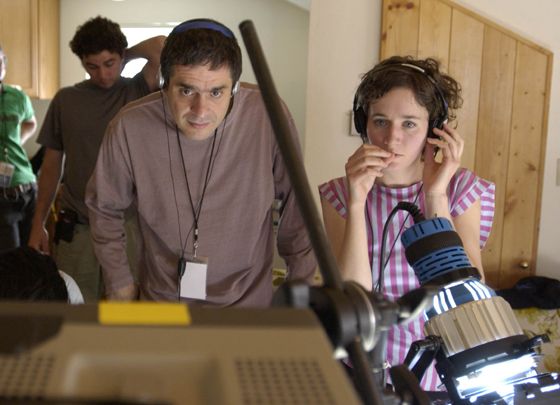 Paul Thomas Anderson rocked some serious 1990s hair while workshopping a scene for Sydney, his first directorial effort (which would come to be retitled Hard Eight). 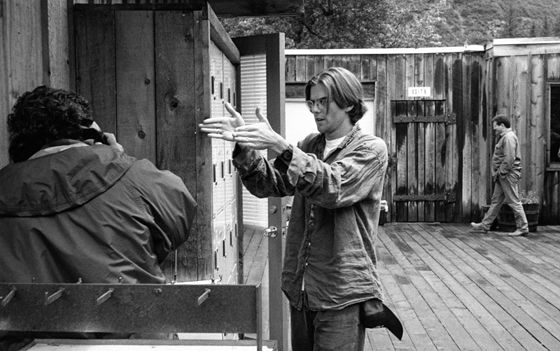 In 1991, a 28-year-old Quentin Tarantino worked on scenes from Reservoir Dogs at the Sundance Labs, setting up this moment with actors Steve Buscemi and David Jensen. 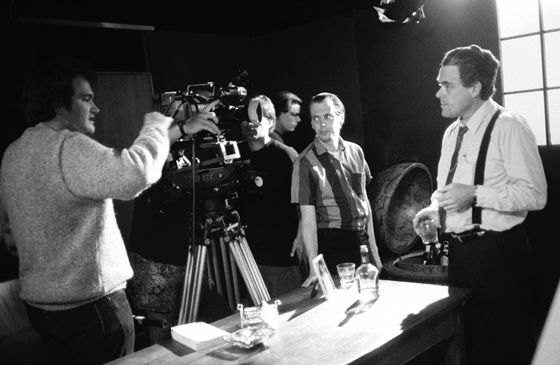 Young director Ryan Coogler is one of Sundance’s most recent success stories; here, he’s at the Labs discussing his first project,Fruitvale Station, with adviser Zach Sklar. The film would go on to win Sundance’s top award.

Director Kimberly Peirce (right) worked on her breakthrough debut Boys Don’t Cry at several of the Sundance Labs, including its Directors and Screenwriters Labs. In June of 1997, she went over a scene from the project with actress Summer Phoenix. 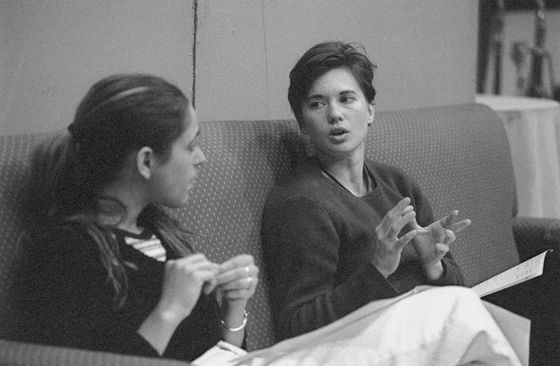 Dee Rees gave us the stellar coming-out tale Pariah in 2011, and in this moment from the Labs three years earlier, she’s setting up a sample scene from the project. Rees is currently working on a Bessie Smith biopic for HBO starring Queen Latifah and Mo’nique. 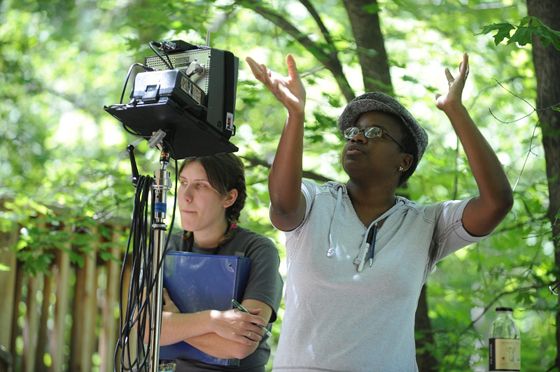 If you’re a recent convert to the charms of director Cary Fukunaga, who helmed every episode of True Detective’s sterling first season, go back and check out his film debut Sin Nombre, which he worked on at the Labs in 2006. (That’s him on the left.) 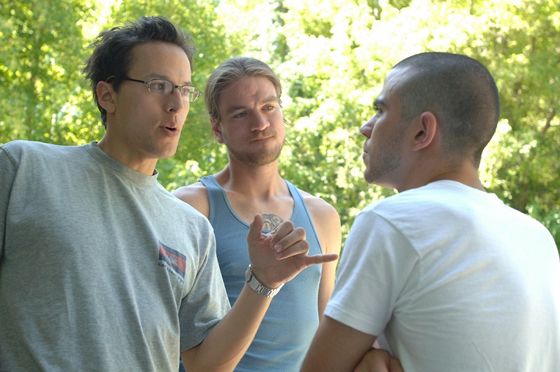 Is that Cary Fukunaga wearing a “Don’t Worry, Be Happy” T-shirt? It is, and now you know. 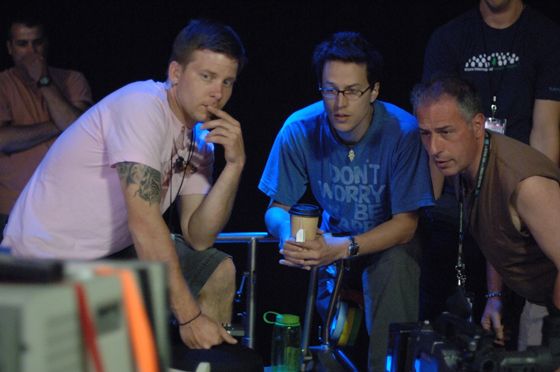 overnights 12:12 a.m.
His Dark Materials Season-Premiere Recap: Death Is Going to Die After a two-year wait, Asriel’s megalomaniacal campaign kinda … hits different.
last night on late night Yesterday at 11:53 p.m.
Teresa Giudice Says She Got Super-Close With Shangela (But Can’t Say Her Name) Or Shen Angela, as she kept saying.
overnights Yesterday at 11:01 p.m.
His Dark Materials Recap: Your Strength, My Guile Coulter loses at chess, Asriel does an enhanced interrogation, and Mary Malone plays an adventure RPG.
overnights Yesterday at 9:00 p.m.
Below Deck Recap: Seasick Is Camille the laziest worker to ever walk the deck?
obits Yesterday at 8:47 p.m.
Kirstie Alley, Cheers and Drop Dead Gorgeous Star, Dead at 71 She led two hit sitcoms, Cheers and Veronica’s Closet.
cancellations Yesterday at 8:27 p.m.
HBO Max Ghosts FBoy Island After two seasons of the Nikki Glaser–hosted show.
timelines Yesterday at 7:31 p.m.
The Complete History of Ezra Miller’s Controversial Career From kidnapping allegations to pleading not guilty to felony charges to the DCEU’s master plan.
theater Yesterday at 6:46 p.m.
Becky Nurse of Salem’s Dark Brew of Witchery and Dunkin’ Deirdre O’Connell nearly holds together Sarah Ruhl’s play set in modern Salem.
trailer mix Yesterday at 6:37 p.m.
Shudder Acquires Viral Horror Movie Skinamarink It opens in theaters January 13, 2023.
bong hive Yesterday at 6:36 p.m.
Robert Pattinson Awakes From Cryogenic Sleep As Mickey 17 Bong Joon Ho’s Parasite follow-up has a teaser trailer.
the law Yesterday at 6:24 p.m.
Naomi Judd’s Family Has Filed to Dismiss Lawsuit Over Her Death Records In part because journalists are not seeking photos or body cam footage.
explainers Yesterday at 6:03 p.m.
The Biggest Questions Ahead of the Tory Lanez–Megan Thee Stallion Trial Here’s what could happen at the high-profile trial, where Megan has accused Lanez of shooting her in the foot.
vulture lists Yesterday at 5:00 p.m.
Every The Office Christmas Episode, Ranked From Belsnickel to Benihana.
un-plussed Yesterday at 4:25 p.m.
Are They Really Just Gonna Call It ‘Max’? HBO Max and Discovery+’s new combined streaming service is getting closer to picking a name.
sad girls rise Yesterday at 3:41 p.m.
SZA Puts Fans on Alert, Announces New Album S.O.S And a Phoebe Bridgers feature is spotted in the full track list.
overnights Yesterday at 3:14 p.m.
George & Tammy Series-Premiere Recap: Playin’ Possum H-E-double-L breaks loose in Nashville when Tammy Wynette meets George Jones.
my single is dropping Yesterday at 2:25 p.m.
All Caroline Polachek Wants for Valentine’s Day Is Desire Welcome to her island.
toasts and roasts Yesterday at 2:15 p.m.
At the Kennedy Center Honors, George Clooney and U2 Get Their Flowers Gladys Knight, Amy Grant, and Tania León were also celebrated during one of Washington’s most star-studded events of the year.
gma3 goss: what you need to know Yesterday at 1:27 p.m.
T.J. Holmes and Amy Robach’s GMA3 Flirtfest Is Going on Hiatus Holmes and Robach simply “have the day off.”
trailer mix Yesterday at 1:18 p.m.
You People Are Coming to Dinner Kenya Barris and Jonah Hill’s take on the rom-com hits Netflix on January 27.
More Stories