There were so many overtly stupid things you could call out from last night’s Sharknado sequel, Sharnado 2: The Second One. But youv’e got to hand it to the creators for making a somewhat-watchable parody sequel to a film that was a parody in the first place — ooh, levels! One of the ways Sharknado 2 stayed decent was by constantly surprising you with a stream of cameos. From Airplane!’s Robert Hays to Subway’s Jared Fogel, Sharknado ran the lowbrow gamut. Here’s who we caught (and whether or not they lived):

Kelly Osbourne
Status: She knew it was coming. 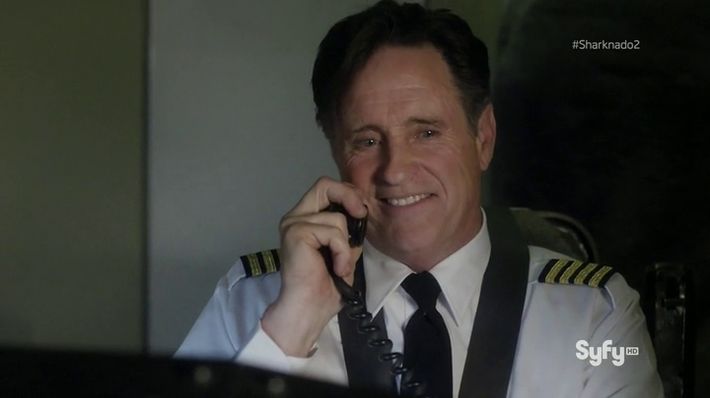 And Rachel True from The Craft 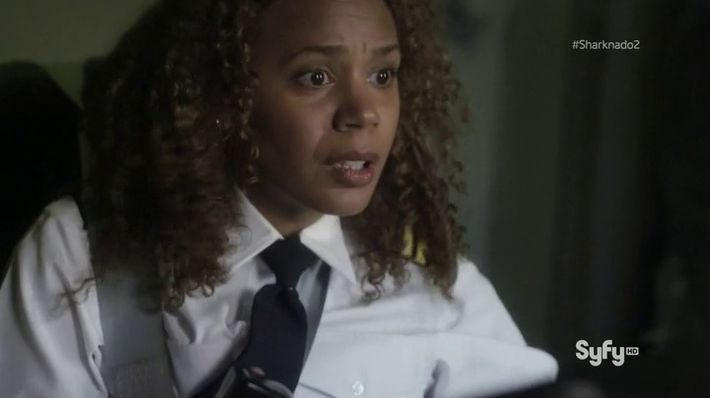 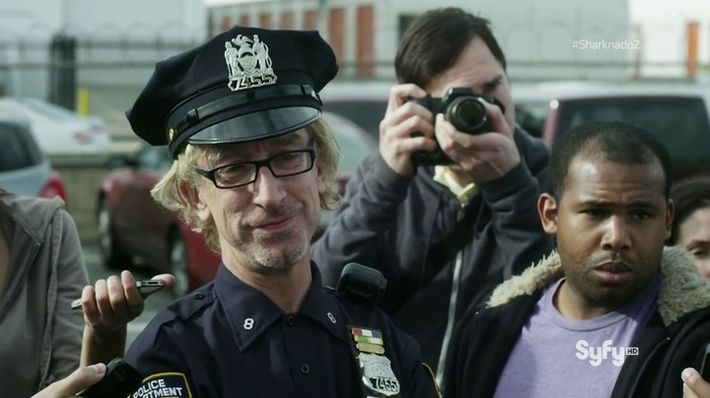 The Naked Cowboy
Status: Not in the movie long enough to die, but who knows, really. 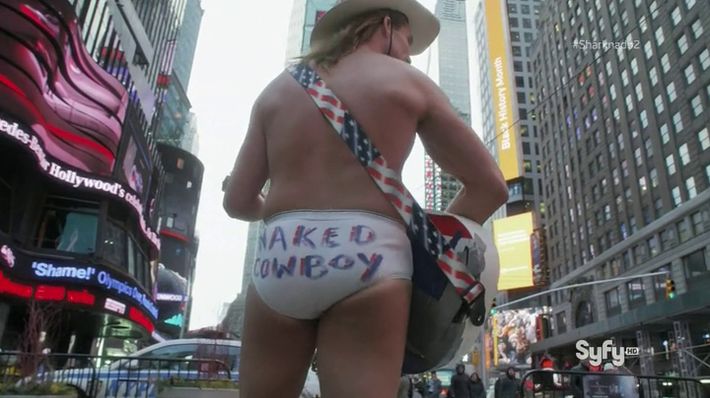 30 Rock’s Judah Friedlander
Status: At least he didn’t have to wear that trucker hat this time? Dead. 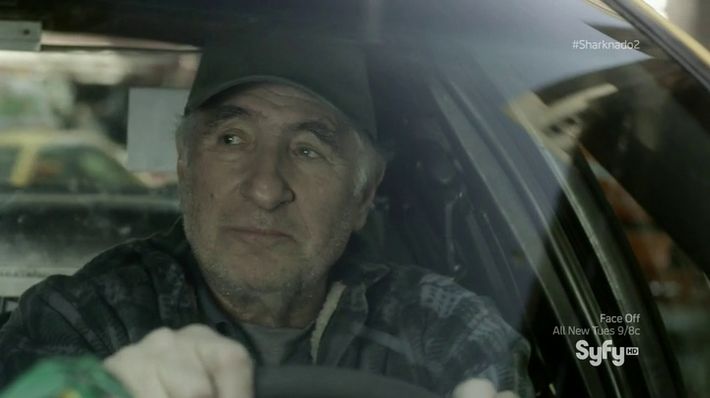 Status: Couldn’t do a simple rope swing over a bunch of sharks. Dead. 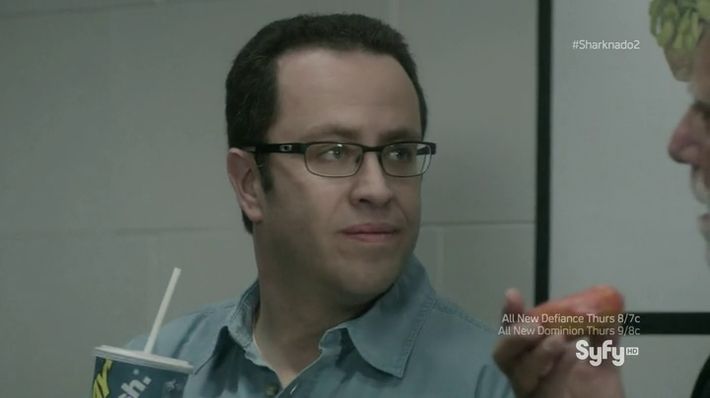 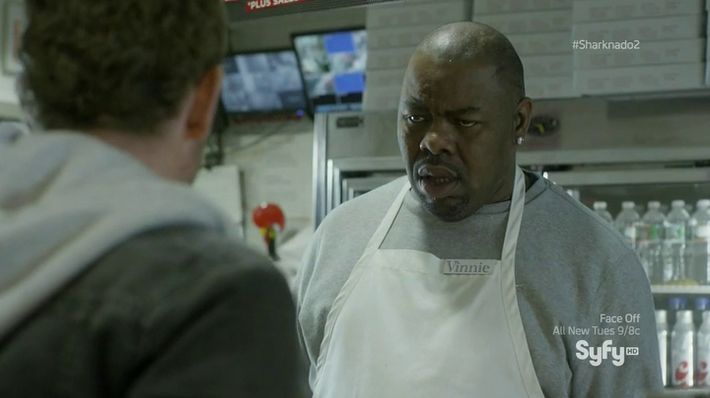 Downtown Julie Brown
Status: She’s a nurse, so she lives. 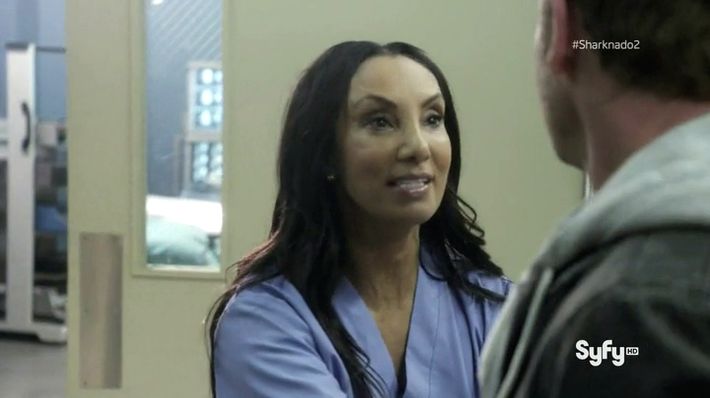 “Doctor” Billy Ray Cyrus
Status: Couldn’t save Tara Reid’s hand because it was stuck somewhere in a shark’s mouth, but some how manages to stay alive.

Status: Turned back to grab a briefcase of money (ha! Get it?) and perished.

Perez Hilton
Status: You can’t not kill Perez Hilton. Even he knows that. 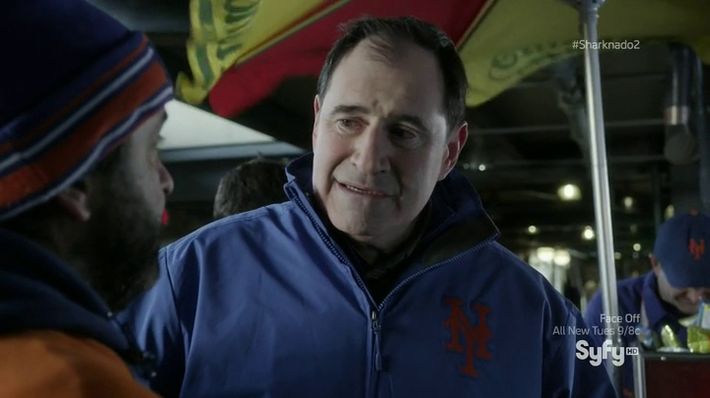 Status: Does not die, but does do this:

Stand-up comedian Robert Klein
Status: As the mayor of NYC, he must live. 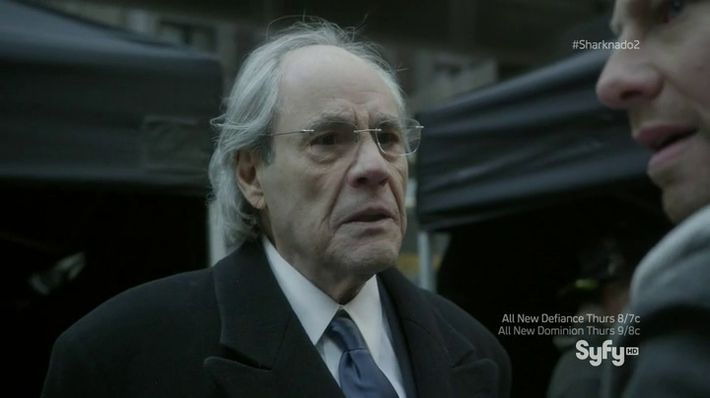 Pro wrestler Kurt Angle
Status: Lives! And doesn’t even have to fight anyone.

Live With Kelly & Michael co-hosts Kelly Ripa and Michael Strahan
Status: He fights a shark; she stabs one with her stiletto. They live. 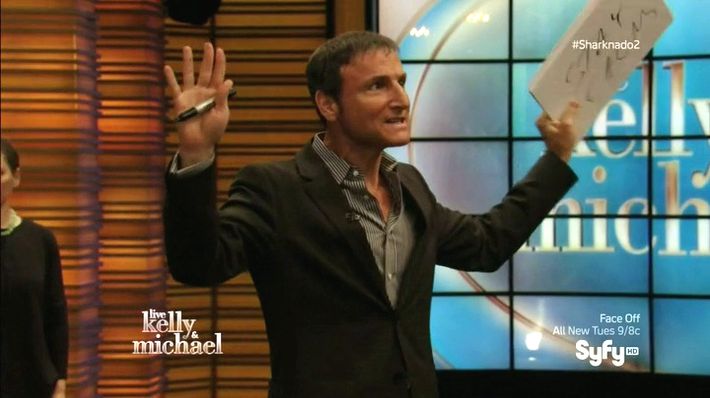 Did I miss anyone? Let me know in the comments. But you’ll have to GIF them yourself, because there’s no way I’m watching this thing ever again.

Here Is the Absolute Stupidest Moment in Sharknado 2: The Second One

+Comments Leave a Comment
All of the Cameos in Sharknado 2: The Second One