The Newsroom returns for its third and final season in November — though HBO is still mum about how many episodes comprise said final outing. How much bloviating are we in for, HBO? Some of us need to prepare ourselves. Until more substantive details emerge, though, we have this teaser for the upcoming season. It’s a photocopier! A very lonely, ominous photocopier making copies of a script that has one line of dialogue on some of its pages, which is neither realistic nor practical, but hey, it’s The Newsroom.

Close inspection of said pages indicates this season will cover some kind of whistleblower story. Let’s take a super-close look, because why not. 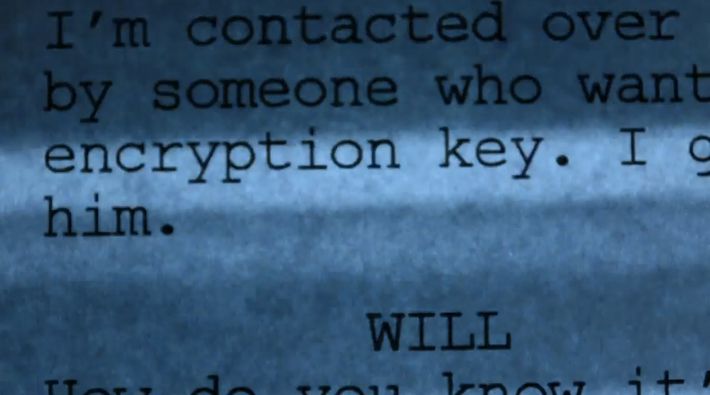 Mackenzie says something, but it doesn’t really count until Will says it. Even though she’s right, apparently. 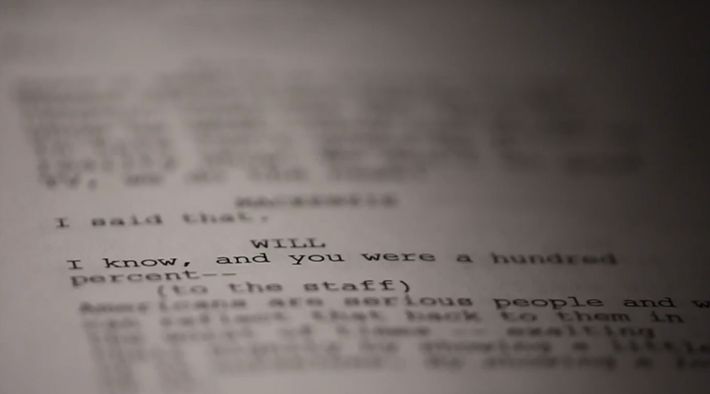 Reese says, “He’s going to be sent to jail,” perhaps about Will? 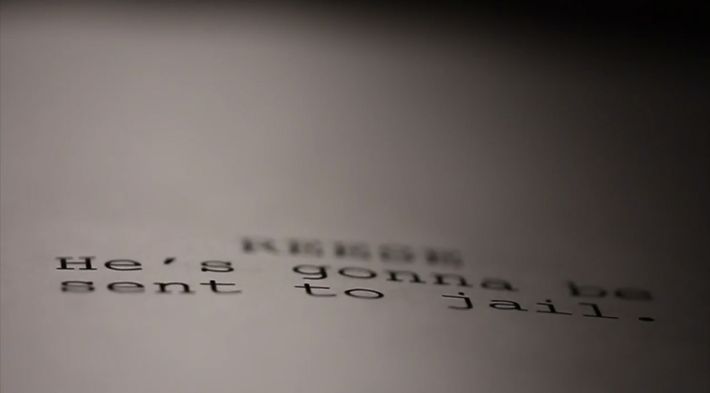 Who’s maybe going to be in contempt of court? 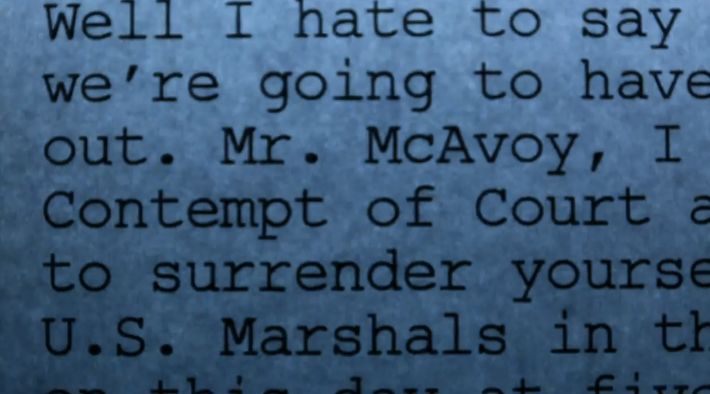 Maggie says “feel free to fire me ” at some point, which … New York is an at-will state, so, everyone has been free to fire you this whole time, sister. Also, you are grossly incompetent and have no meaningful qualifications! You should have been fired several times over! 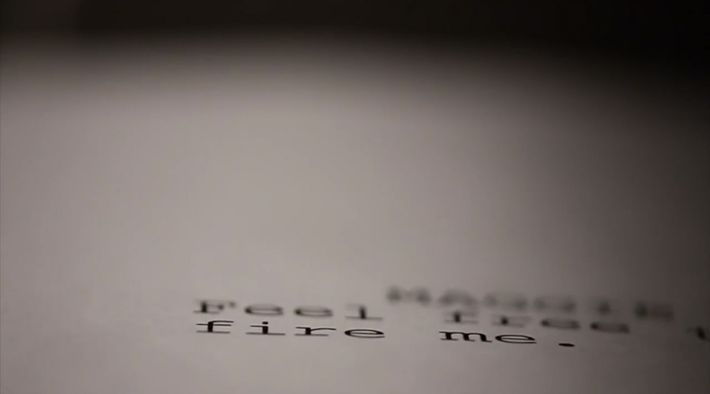 Will yells at someone. 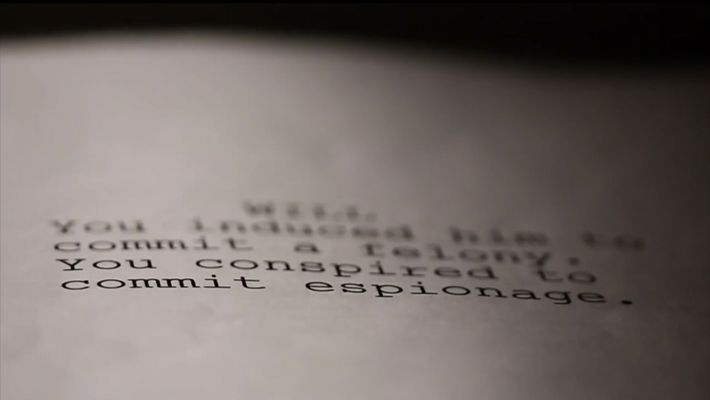 And wonders about quitting. 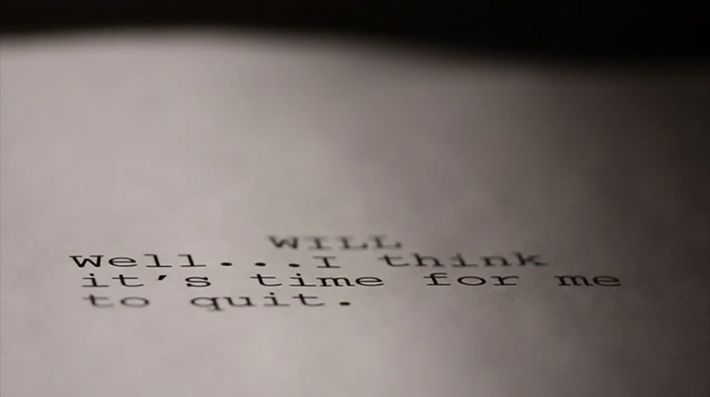 November can’t come soon enough. Or can it?

yeezy season 2 mins ago
Ye Announces Donda 2, in Case You Haven’t Gotten Enough of Him Out February 22, or 2/22/22.
nominations 12:38 p.m.
PGA Noms Boost Tick, Tick … Boom! and Being the Ricardos Oscar Odds Spider-Man: No Way Home did not receive a nomination.
nevermore 12:13 p.m.
Nicolas Cage’s Pet Crow Thinks He’s an ‘Ass’ But he likes “the goth element.”
west side story 12:03 p.m.
A Timeline of the Allegations Against West Side Story’s Ansel Elgort West Side Story co-stars Rachel Zegler, Ariana DeBose, and Rita Moreno addressed the claims over a month after the premiere.
vulture 10x10 12:00 p.m.
The Indie Puzzle 33-Across: “Dear Evan Hansen” prop.
music supervision 11:28 a.m.
Yellowjackets and Euphoria’s ’90s Music Is Filling a ‘Void of Angst and Anger’ Music supervisor Jen Malone breaks down the two shows’ musical fixations and teases some tracks still to come.
overnights 11:00 a.m.
And Just Like That … Recap: Put a Ring on It Everyone is having relationship issues.
this! is! a fun quiz! 11:00 a.m.
Can You Answer the Jeopardy! Clues Amy Schneider Couldn’t? Probably not! Well, maybe. Why don’t you try and see?
By Devon Ivie
podcasts 10:51 a.m.
There’s a New Serial Productions Podcast Coming Next Week In which Brian Reed of S-Town fame tackles a controversial event from recent British history.
racism 10:15 a.m.
Bravo Fires Jennie Nguyen From The Real Housewives of Salt Lake City Nguyen responded on Instagram Live, apologizing on one hand and digging a deeper hole with the other.
he's running Yesterday at 11:34 p.m.
The Daily Show: Ronny Chieng Wants to Be a Supreme Court Justice He has a law degree, hello!
celebrity engagements Yesterday at 9:58 p.m.
Macaulay Culkin and Brenda Song Are Engaged Please reunite the Pizza Underground to play the reception.
theater review Yesterday at 9:00 p.m.
Skeleton Crew, Transferred Uptown, Loses Some Muscle Phylicia Rashad and company try to make a small show fill up a big stage.
my single is dropping Yesterday at 8:33 p.m.
Listen to Machine Gun Kelly Cover Frank Ocean’s ‘Swim Good’ Apparently MGK thinks he can swim better.
this! is! a winner! Yesterday at 7:30 p.m.
A Talk With That Cool-Glasses Guy Who Defeated Amy Schneider on Jeopardy! “I thought I was destined to lose, so I just did my best.”
By Devon Ivie
this! is! devastating! Yesterday at 7:30 p.m.
Jeopardy! Queen Amy Schneider Ends Her Million-Dollar Reign Rhone Talsma unseated the champion after her 40-day streak.
fight club Yesterday at 6:38 p.m.
Chuck Palahniuk Is Fine With Chinese Censorship of Fight Club, Actually The Chinese ending is actually closer to the book.
extremely online Yesterday at 5:14 p.m.
We Asked Linguists Why People Are Adding -Ussy to Every Word A calzone is a pizzussy. A wine bottle has a winussy.
allegations Yesterday at 3:14 p.m.
Bill Cosby Calls We Need to Talk About Cosby Director a ‘PR Hack’ He also denied all claims against him.
lime crime Yesterday at 2:50 p.m.
Did Dakota Johnson Lock People in a Blue Bottle Coffee? An Investigation. Blog Day Afternoon.
More Stories