In this middle of Playboy’s detailed interview with David Fincher comes this amusing anecdote: He was apparently inspired to cast Ben Affleck in Gone Girl because of Affleck’s Google Image results.

You cast movies based on critical scenes. In Gone Girl there’s a smile the guy has to give when the local press asks him to stand next to a poster of his missing wife. I flipped through Google Images and found about 50 shots of Affleck giving that kind of smile in public situations. You look at them and know he’s trying to make people comfortable in the moment, but by doing that he’s making himself vulnerable to people having other perceptions about him.

We’ve replicated Fincher’s experiment below, and he’s right: The smile is quite creepy. As Fincher kindly puts it, “he’s crazy smart, but since he doesn’t want that to get awkward, he downplays it.” Sure, let’s go with that. 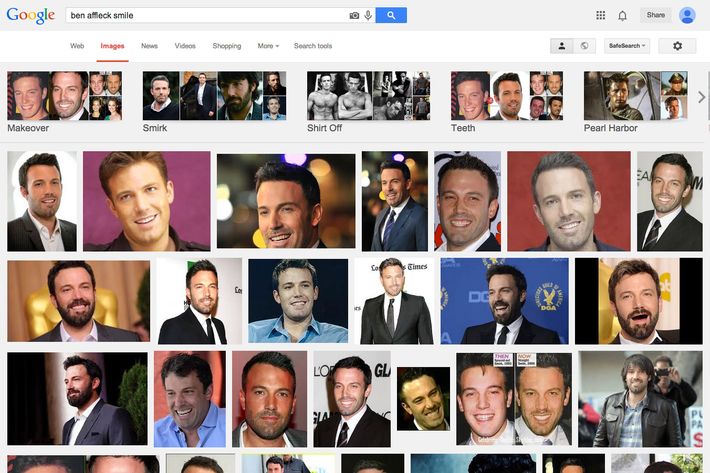