Lo, ‘tis a great day in Midgard, for thine eyes can at last glance upon she who be worthy of the uru metal of Mjolnir! This summer, Marvel Comics made a big mainstream-media push to announce that Marvel’s flaxen-haired Norse god Thor would be replaced by a woman. Lots of details have been left intentionally vague (mainly, who the woman in question is and how she would end up pushing aside the mighty Avenger). In subsequent months, we’ve seen Thor somehow find himself unworthy of lifting his mystical hammer Mjolnir (and, as any geek can tell you, Mjolnir can only be wielded by those the hammer somehow deems “worthy”), but the new (and female) Thor was nowhere to be seen. Until now! This Wednesday, the ongoing Thor series gets rebooted with a new first issue written by Jason Aaron and penciled by Russell Dauterman, and we have finished pages from it! Look below for the first three pages of the story, in which the whole Norse pantheon finds themselves struggling with the hammer; then, more important, check out the page where we get our first glimpse of the female Thor. Gaze, mortals! Gaze and rejoice!

And here’s the penultimate page, with the first appearance of the female Thor (note the inscription on Mjolnir): 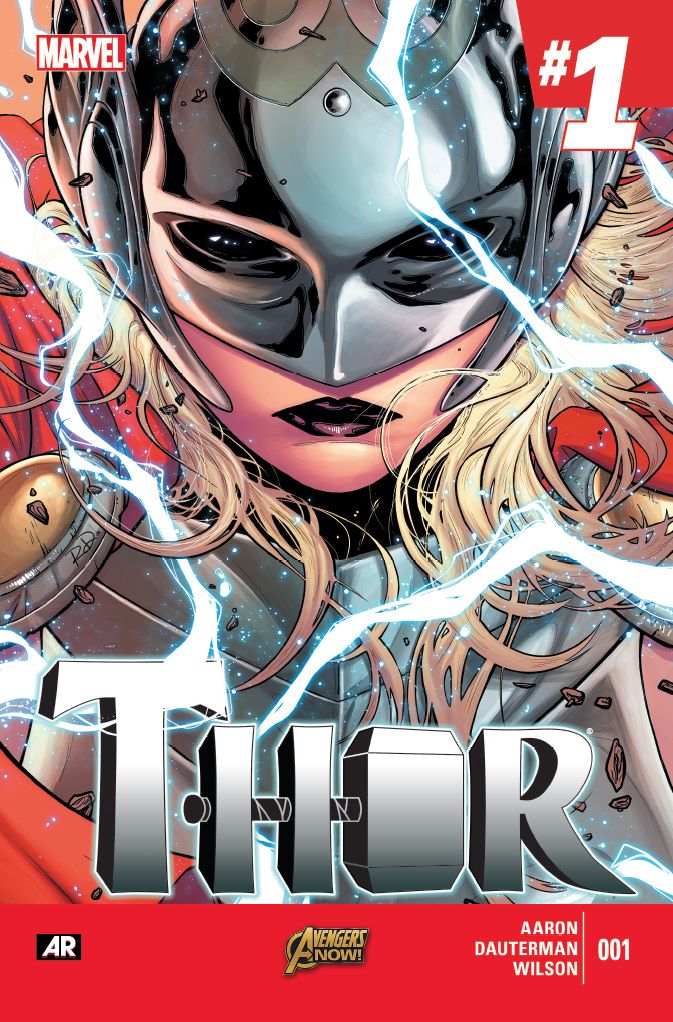