Back at the Toronto Film Festival, where Chris Rock’s new comedy Top Five premiered to rave reviews and the biggest sale of the fest, Vulture’s Jada Yuan wrote up a helpful explainer detailing the top five things you need to know about Top Five. She did such a good job, in fact, that Paramount has repurposed Jada’s article for a new Top Five poster that just hit theaters, and you can check out the studio’s selections below (surrounded by several brand-new images from the movie’s most outrageous scenes). Rock wrote and directed the comedy, in which he stars as a comedian taking inventory of his career during one long, soul-searching interview with a comely New York Times journalist (Rosario Dawson), and the studio has high hopes that Top Five could be a breakout hit this December, when audiences choked on stuffy Oscar bait may be seeking the sort of raucous, R-rated comic alternative that nobody does better than Chris Rock. 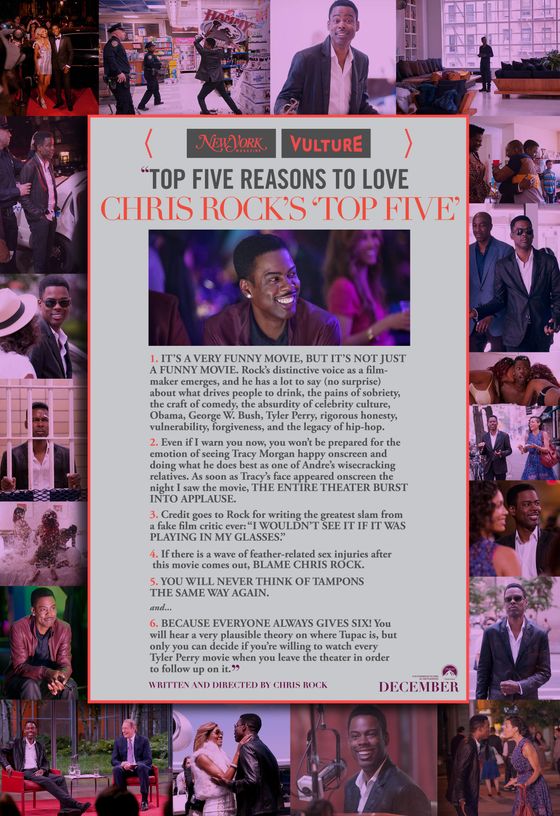