The first photos of Michael C. Hall as Hedwig in Broadway’s Hedwig and the Angry Inch — a role he takes over from Andrew Rannells on October 16 — were released on Monday, and they’re a glorious sight to behold. If you still can’t stop thinking of Hall as Dexter Morgan, some teal eye shadow and a whole lot of sparkles may help change that: 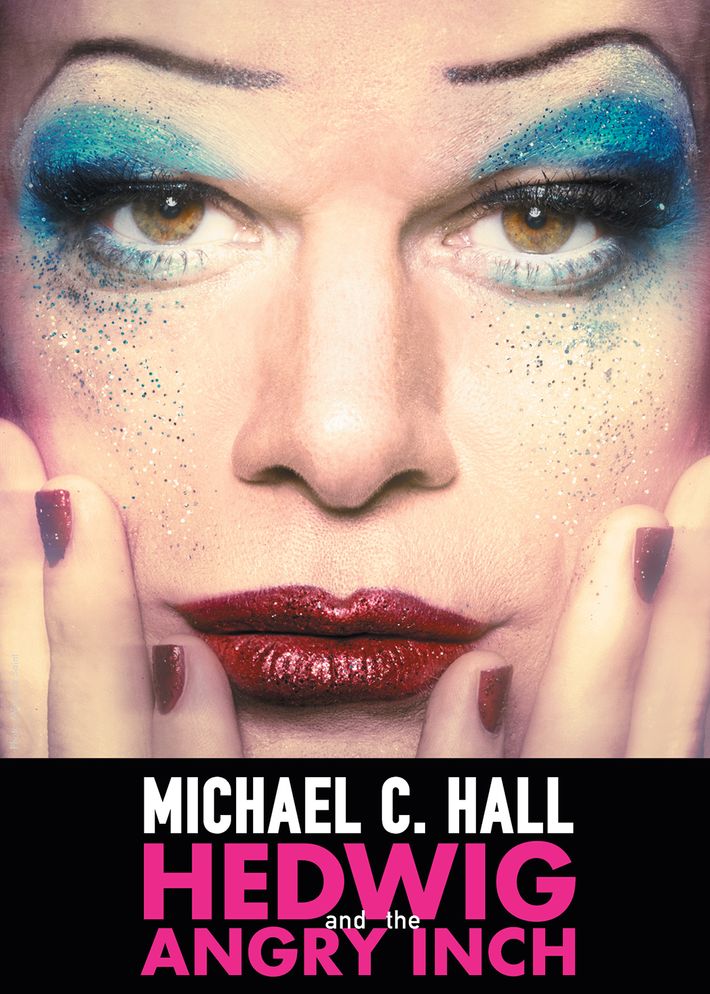 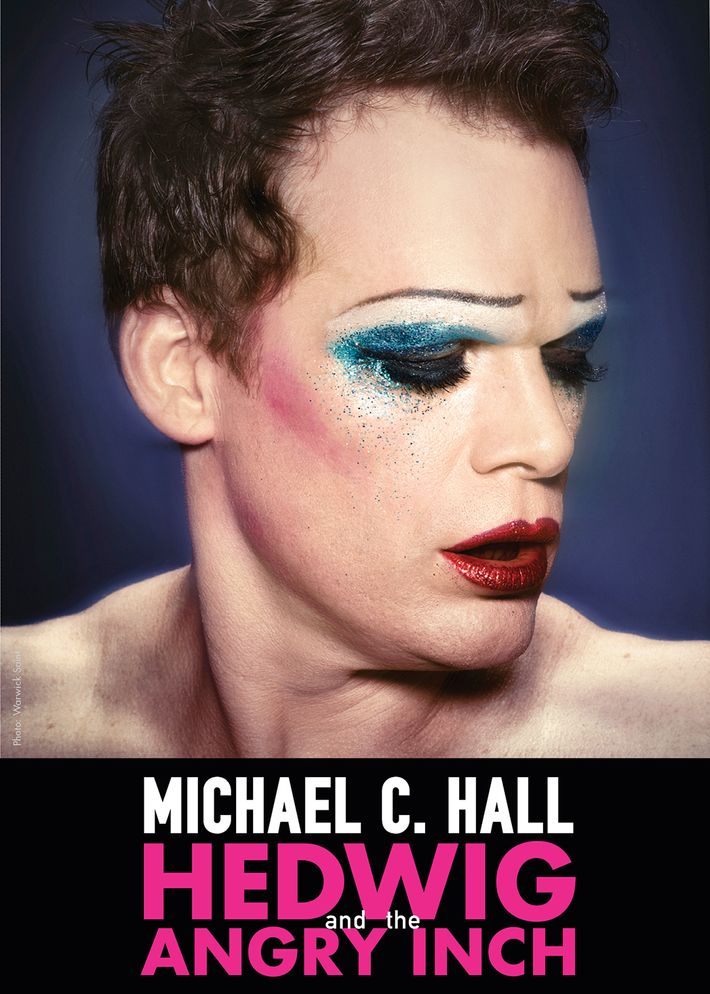 overnights 26 mins ago
Power Book II: Ghost Recap: In the Power Universe, It’s Every Man for Himself There’s no such thing as a selfless act in the Power universe.
ex-besties 2:19 p.m.
Adam McKay Says Will Ferrell Won’t Speak to Him They haven’t spoken since they broke up Gary Sanchez.
ink 2:06 p.m.
Billie Eilish Is No Longer Keeping Her Tattoos Secret She opened up about all three of them in her 2021 Vanity Fair video interview.
podcasts 2:00 p.m.
This Podcast Asks: Is the Kevin Costner–Cal Ripken Jr. Urban Legend True? The Rumor investigates one of baseball’s most salacious conspiracies.
funny videos of the month 1:30 p.m.
The Best Comedy Shorts of November 2021 Rounding up our favorite funny videos of the month.
By Luke Kelly-Clyne and Graham Techler
the long and winding show 1:11 p.m.
The Beatles: Get Back Is Too Long, But It Has to Be What may at first seem like a major bug in Peter Jackson’s new docuseries is actually its greatest feature — and a gift.
a long shot 1:00 p.m.
‘You Just Have to Accept That Wes Is Right’ The French Dispatch crew explains how it pulled off the movie’s quietly impossible long shot.
By Matt Zoller Seitz
now streaming 1:00 p.m.
New on Hulu: December 2021 Pen15, The Nowhere Inn, the Ocean’s trilogy, and more.
only girl (in the republic) 12:30 p.m.
Barbados No Longer Has a Queen, But It Does Have a Rihanna That’s the Right Excellent Robyn Rihanna Fenty, National Hero of Barbados to you.
reality tv 12:17 p.m.
Netflix’s Selling Tampa Trailer: ‘Closing Deals in Heels’ Along the Suncoast “They got some problems. Watch.”
adele's palace 11:32 a.m.
Hold on, Adele Is Doing a Las Vegas Residency “Weekends With Adele” runs January through April at Caesars Palace.
essential episodes 11:07 a.m.
17 Essential Episodes of It’s Always Sunny in Philadelphia Featuring rum ham, Chardee MacDennis, and, of course, the Nightman.
awards season 10:58 a.m.
Squid Game Wins Its First Major Award at the Gothams And The Lost Daughter did anything but lose.
a long talk 10:21 a.m.
Squid Game Creator Hwang Dong-hyuk Answers All Our Lingering Questions On “Gganbu,” Ali, and how he lost six teeth during production.
rip 9:59 a.m.
Mandy Patinkin, Barbra Streisand, and More Pay Tribute to Stephen Sondheim “I got to be in the room with Shakespeare. Who gets that? How come I got to have that even for a minute? And it was a lot more than a minute.”
now streaming 9:00 a.m.
New on Netflix: December 2021 Don’t Look Up, Cobra Kai, The Lost Daughter, and more.
advent calendar 8:00 a.m.
Vulture’s 2021 Advent-Calendar Gift Guide Something for everyone on your list (or at least everyone who owns a TV).
advent calendar 8:00 a.m.
Millennial Women Rejoice: Grown-up American Girl Doll Merch Is Here Felicity Merriman: the original horse girl.
crime 1:06 a.m.
Marilyn Manson’s Home Was Searched Amid Investigation Over Abuse Allegations Law enforcement executed a warrant on the artist’s West Hollywood residence.
middle school's out forever Yesterday at 10:53 p.m.
Hulu’s PEN15 Will Finish After Its Second Season The second half of the final season drops December 3.
More Stories