We probably should’ve seen that coming, right? Homeland wouldn’t just introduce an attractive teenage boy and not have him be seduced by Carrie Mathison. The moment Carrie first spotted Aayan on that satellite camera surveying the corpses of his murdered family more or less started a countdown clock to when Carrie would be mouth-attacking him, and this week, that countdown hit zero. At this point, Carrie might not even be capable of sexual intimacy if it’s not either self-destructive or necessary for a mission, but her seduction of Aayan is right up there with her stalking of Brody when it comes to over-the-top bad ideas to which Carrie has no qualms resorting. At its best, Homeland engages in what amounts to a game of chicken with audience sympathies. We know we want to see Carrie behave terribly in the name of righteous justice, but it’s at the constant risk of going too far and rendering her wholly unsympathetic. Her seduction of Aayan is certainly one of the weirdest and most inappropriate things she’s ever done, and that’s saying something. 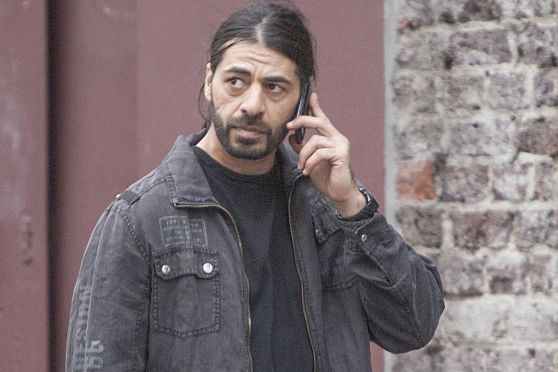 Aside from that final, agonizingly awkward seduction scene, “Iron in the Fire” was an exercise in restraint, more concerned with setup and introduction than thrill-ride theatrics. Following up on last week’s revelation that Sandy Bachman’s murder may have been the result of a high-level conspiracy, Carrie pored through her files attempting to I.D. the man with the earpiece and eventually discovered his identity (with a tip from office alcoholic/frenemy John): He wasn’t just some terrorist, he was an official governmental henchman, essentially the Pakistani secret service’s answer to Peter Quinn. Who better to head up his staking out and tailing, then, than Quinn himself? Though last week’s episode heavily implied that Quinn had begun to harbor romantic feelings for Carrie, this week, any burgeoning romance backslid into a brief flare-up of mutual contempt when, during their stakeout, Quinn attempted to point out Carrie’s moral shortcomings and she lashed out at him. They later shared an “are we cool?” moment, but it was clear from Quinn’s terse, troubled expression that this possible romance is now firmly in the “off” position. Sorry, Quarrie shippers. 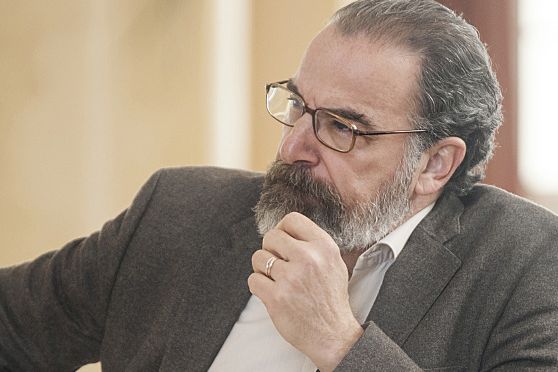 Elsewhere, Saul began unofficially assisting Carrie by meeting with a former Pakistani general (in an elegant back-room club where American’s aren’t allowed), as well as with an official from the Pakistani secret service. It was this latter scene that provided one of the more subtle scares of the episode, when the restaurant in which Saul waited was quietly evacuated as he read his morning paper. His ensuing conversation with the dashing ISI director proved as tense as it was telling: The man’s refusal to answer Saul’s questions about the link between Sandy’s murder and the Pakistani government pretty much confirmed that something was up. Later we’d find out why, in what would prove to be one of the biggest reveals of the season so far: Aayan’s uncle, the intended target of the drone strike that opened the season, was not dead after all. The drone strike had been an elaborate ruse to get the United States off his back, and Sandy had been murdered as a way to tie up loose ends. But why had Pakistan helped a known terrorist fake his own death? And to what extent were American operatives complicit? These questions are rhetorical, because come on. It’s only episode four. 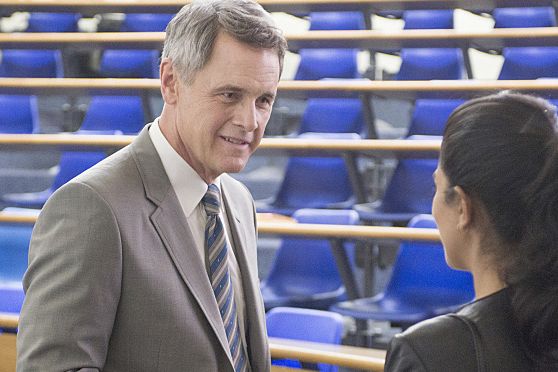 In addition to that ISI official, “Iron in the Fire” introduced a handful of new characters who should prove crucial to the rest of the season. First, we met the treasonous American who’d been giving Sandy U.S. secrets: Dennis, Ambassador Boyd’s morally compromised husband. But just because Sandy had been murdered didn’t mean Dennis was out of the secret-selling game. To his terror, a mysterious woman showed up to the college where he teaches to blackmail him into continuing his most dangerous hobby. In making the source of the leak the husband of the Ambassador (who, in turn, is one of Saul’s exes), Homeland’s definitely fostering a highly implausible small-world feel in an otherwise overwhelmingly large world. But this IS Homeland, after all. Plausibility takes a backseat to soapiness as often as possible. (Not a dig, just an observation.) 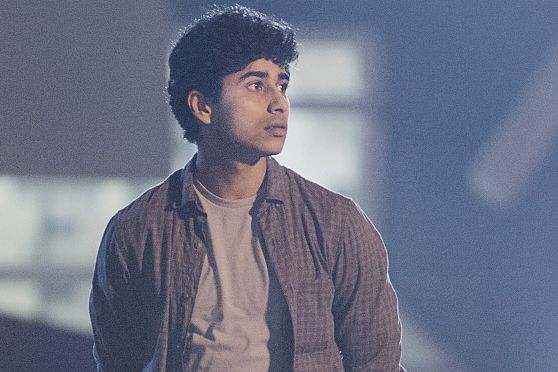 Which brings us back to Carrie’s seduction of Aayan. First, after a sequence of events that amounted to narrative wheel-spinning, we finally learned why he’d stolen that medicine from his college: to gift it to his very-much-still-alive uncle! But recognizing that Aayan was running out of options, Carrie swooped in and reiterated her (false) promise to help him get asylum in the U.K., and then decided to take it one step further by winning him over so completely that he’d eventually help her take down his own uncle. In short, she used his own horniness against him! Carrie’s method of seduction was really something. From casual body contact to knee-rubs to eventual full-on make-out action, Carrie seduced that sad, frightened boy with surgical precision. Good for her! But also, thanks for the five minutes of uninterrupted cringing, Homeland. Man, was that awkward. 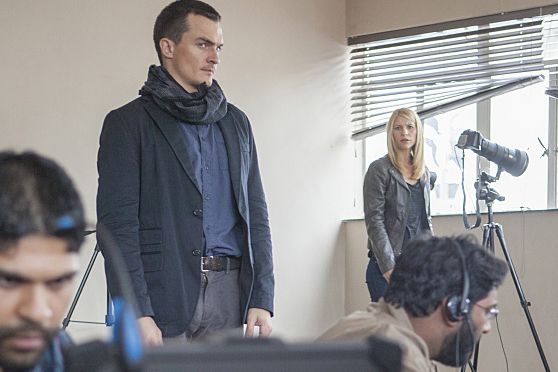 Even with that final scene and the twist surrounding Aayan’s uncle, “Iron in the Fire” was more informative than thrilling. Still, it’s admirable that Homeland continues to force us to question our sympathy for Carrie as she continues to use really questionable tactics. Several times throughout the episode, Fara or Quinn or Saul openly questioned Carrie’s ethics, and each time, she responded unwaveringly in the vein of “deal with it.” As a viewer who revels in Carrie’s unhinged decision-making, even I was taken aback by her final moments with Aayan. But that’s probably why I love Homeland so much; sometimes Carrie creates problems on the scale of the ones she seeks to solve, but either way, it’s just a thrill to watch her work.

+Comments Leave a Comment
Homeland Recap: The Spy Who Loved Me