Twenty years ago (wow!), The Simpsons aired what is arguably the best Treehouse of Horror episode ever, “Treehouse of Horror V,” which featured the show’s parody of The Shining. Last night, on this year’s installment, the show went back to the Stanley Kubrick well hard. It centered on a Clockwork Orange parody, which means you finally get to hear Moe talk in Nadsat, but along the way, the show nails a bunch of other Kubrick films — Full Metal Jacket, 2001, Eyes Wide Shut, and even Barry Lyndon (“Even I forget what this is in reference to”) — before giving us a yellow version of the director himself. Watch a short clip below. Or if you have Hulu Plus, you can watch the full episode there, Uncle Moneybags. (And check out our list of the essential 100 Simpsons episodes, which includes several Treehouses of Horror.) 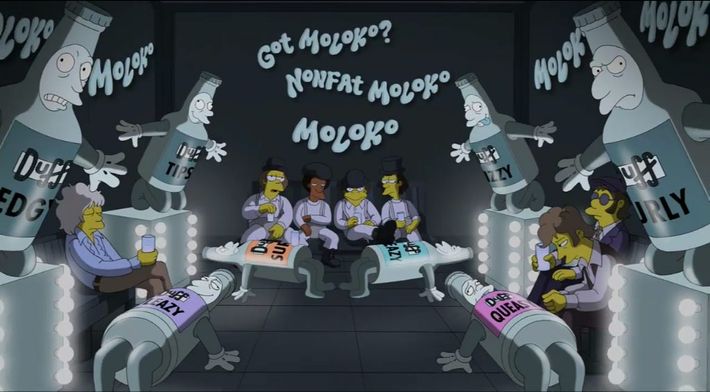 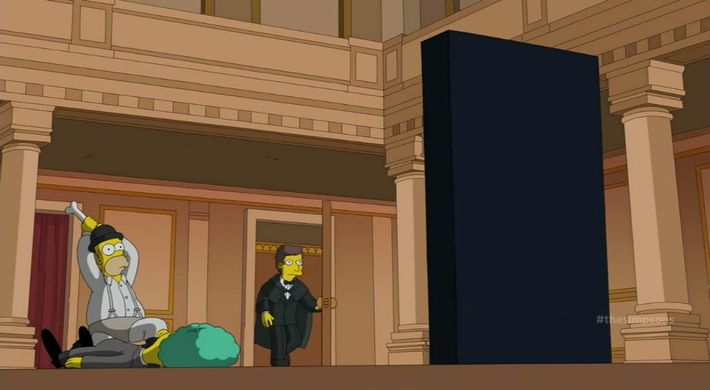 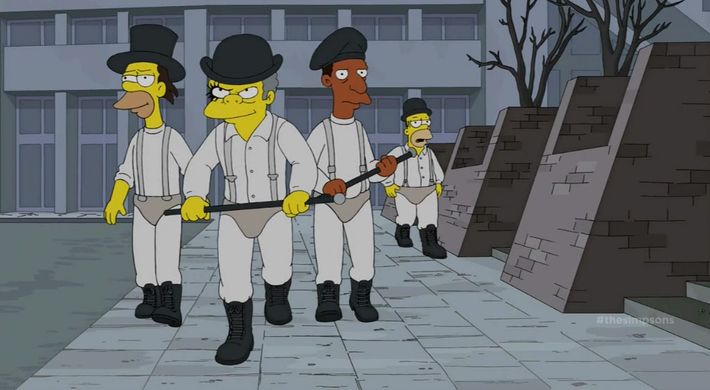 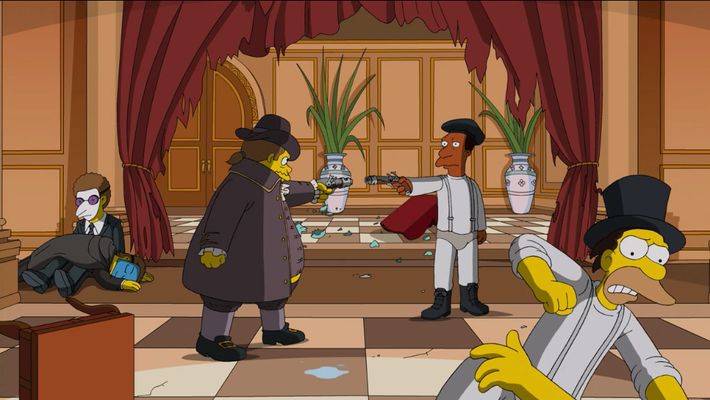 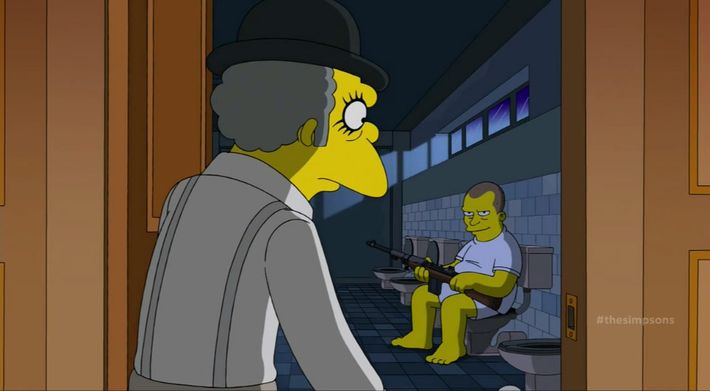 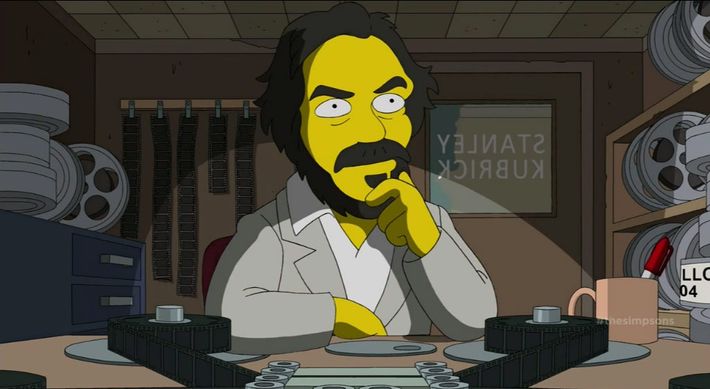 The 100 Best Simpsons Episodes to Stream