If you were to attempt the heist of the century or the raid of the century or attack a stronghold or defend a village, whom would you call? First you’d need a team leader. Then the guy who knows how to get past any locked door, and the woman with the uncanny photographic memory. Then you’d need to find an explosives expert (always an explosives expert!), a computer genius, and someone who can charm his or her way into anything. Each role would be as important as the next. Which movies based on or including this always-entertaining trope are the best? Read on.

1. Fast Five (2011)
In the fifth installment of the obscenely successful franchise, Dom (Vin Diesel) and Brian (Paul Walker) switch gears (pun strongly intended) from their usual street racing to grand larceny. The duo summons all the fan favorites from past sequels to form a team — or, as Dom calls it, a “family” — and enact an elaborate heist to steal a shady businessman’s $100 million, all while avoiding the Rock, who plays a Defense Security Service agent on their trail. This happens.

2. Ocean’s Eleven (2011)
In this Steven Soderbergh–helmed remake of the 1960 Rat Pack–starring original, Brad Pitt and George Clooney organize a team of misfits that includes a pickpocket, a computer hacker, and an acrobat. Their goal: to rip off three Las Vegas casinos, all at the same time. Can they do it? Can anyone understand Don Cheadle’s Cockney brogue?

3. The Guns of Navarone (1961)
A group of allied soldiers are brought together to destroy the Nazi-operated superguns set to annihilate the British troops who are waiting for rescue on the nearby Greek island of Keros. They only have a few days before the scheduled attack, so the men must move fast. Gregory Peck, Anthony Quinn, and David Niven are just a few of the team members, each with his own area of expertise: chemistry and explosives knowledge, engineering, and mountaineering, as well as one native of the island where the guns are stationed. Burly badassery.

4. The Dirty Dozen (1967)
Even burlier badassery! Major John Reisman (Lee Marvin) is given a top-secret assignment that involves forming a team of commandos to infiltrate a French chateau where Nazi leaders will be congregating. The team is unique: 12 ex-Army felons, each convicted of a heinous crime. Donald Sutherland, Jim Brown, Clint Walker, Charles Bronson, Telly Savalas, and John Cassavetes make up this ragtag criminal pack, whose sentences will be pardoned if they somehow survive this suicide mission with success.

5. The Seven Samurai (1954)
One of the greats. After a village is repeatedly raided by bandits, its farmers decide to defend themselves before the next attack, which they find out will be after their next harvest. The village elder instructs them to travel to the city and find samurai to help them. Hesitant at first, a rōnin named Kambei (Takashi Shimura, a regular collaborator of director Akira Kurosawa) agrees to help the farmers, recruiting several other samurai, including the moody and memorable Kikuchiyo (the ever-compelling Toshiro Mifune). Each of the seven warriors has his own different intentions for joining the line of defense, which makes the team especially compelling. Seven Samurai is regarded as one of the first movies (if not the first) to have ever used the “assembling the team” trope.

6. The Sting (1973)
Robert Redford plays Johnny Hooker, a Depression-era grifter who enlists famed con-man Henry Gondorff (Paul Newman) to help plan revenge against Doyle Lonnegan (Robert Shaw), the mob boss who murdered Hooker’s partner. The two plan an elaborate scheme to take down Lonnegan and round up a team of other swindlers, all of whom have been similarly wronged by the kingpin and are more than happy to aid in Lonnegan’s destruction. Sweet revenge is one good reason to call a bunch of crooks together for the ultimate con. The other is just to say you pulled it off with guys who have names like JJ Singleton, Kid Twist, Eddie Niles, and Erie Kid. 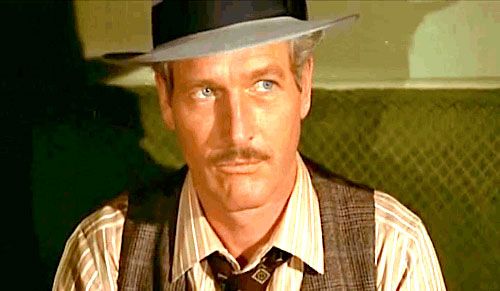 7. The Italian Job (1969)
The stylish original version stars Michael Caine as Charlie Croker, a charming crook fresh out of the clink who promptly begins planning the biggest heist of his life: $4 million in gold bars. The Italian Job requires a well-devised plan, so Charlie convinces Mr. Bridger (Noël Coward), a British crime boss, to be his investor. Bridger also supplies Charlie with a team to aid in the heist: getaway drivers (resulting in one of the more-memorable movie car-chases, involving a fleet of Mini Coopers), an electronic expert, and even comedian Benny Hill, who plays a computer whiz named Professor Peach.

8. The Avengers (2012)
Mark Ruffalo (a.k.a. Bruce Banner, a.k.a. the Hulk) once called this admitted box-office juggernaut “my generation’s Hamlet,” so there’s that. When prodigal Asgardian superson Loki stirs up trouble in the multiverse, S.H.I.E.L.D. director Nick Fury must assemble the Avengers — an exceptionally powerful team consisting of so, so many superheroes.

9. Reservoir Dogs (1992)
It’s hard to decide which is the best part of Quentin Tarantino’s classic breakout flick about a diamond heist gone horribly awry. Is it the ensemble cast featuring Harvey Keitel, Tim Roth, Steve Buscemi, Michael Madsen, and Tarantino himself? Is it their matching slick suits? Is it their Crayola-themed aliases? Roth’s epically drawn-out death plot? If you can’t make a choice, don’t come whining to Mr. Pink about it. 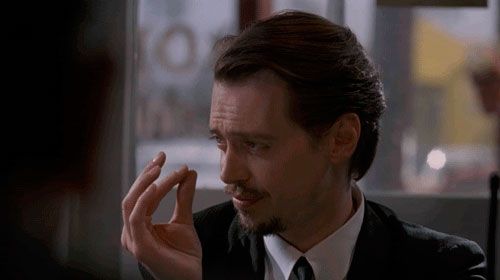 10. Armageddon (1998)
An asteroid is heading straight towards Earth, threatening the extinction of all life on the entire planet. NASA enlists the world’s No. 1 deep-sea driller (does this person actually exist?) Harry Stamper (Bruce Willis) to help split the asteroid in half, thereby redirecting its path. To help him, Stamper recruits fellow oil-rig mates Ben Affleck, Steve Buscemi, Michael Clarke Duncan, Will Patton, and Owen Wilson to risk their lives for the mission.

11. The Perfect Score (2004)
Before Scarlett Johansson and Chris Evans became Avengers, they were just doing what normal teens do: devising a plan to steal the answers to the SATs. The pair team up with fellow high-score-seeking students to pull off the scheme, including a stoner, a lovestruck classmate, and a star player on the basketball team. It’s like if the kids from The Breakfast Club got together to actually do something about their futures.

12. The Holy Mountain (1973)
Alejandro Jodorowsky’s acid-trip of a film centers on a select group of rich and powerful people, each representing an astrological planet, who come together for a quest to discover the secret of immortality. Unlike the other films, this team is not chosen for their specialized knowledge and skills, but perhaps because they represent the worst qualities of the human species: the insatiable greed for material things. What other clique would be more perfect to discover the secret of eternal life?

13. The Usual Suspects (1995)
A pair of thieves, a corrupt ex-cop, a hijacker, and a disabled con-man meet in a police lineup for a crime none of them committed, and they decide to commit some actual crimes together in order to get revenge, because why not? But is this apparently newly formed gang of miscreants a product of random happenstance … or something else entirely?

+Comments Leave a Comment
The 13 Best ‘Assembling the Team’ Movies