In celebration of Interstellar’s opening, here we present a breakdown of Christopher Nolan’s cinematic influences, on-screen politics, and that unchanging gentleman’s haircut.

Should You See His Films in Imax?

How much more movie per dollar do you get when you watch Interstellar in Nolan’s preferred Imax format?

Interstellar marks the sixth collaboration between Nolan and screen legend Michael Caine. The actor on why the pairing works so well.

Why are you so eager to keep working together? He’s my good-luck charm. He lived near me in England, in the country. One Sunday morning, he was at my door with a script. He said, “We’re going to do Batman.” I thought, “I’m too old; who am I going to play?” He said, “The butler.” “What am I going to say, ‘Dinner is served?’ ” He said, “No, the butler is Batman’s foster father.” And I’m sort of a father figure in every one of the films.

Do you know why he thinks you’re so good at delivering wisdom? He never said, “I loved you in this.” He’s not the sort of person who would say that.

What is Nolan’s secret? He has a coat with a big pocket, and in it a flask of tea. He drinks it all day. That’s his secret.  —Matt Patches

Every movie he’s ever cited in an interview. 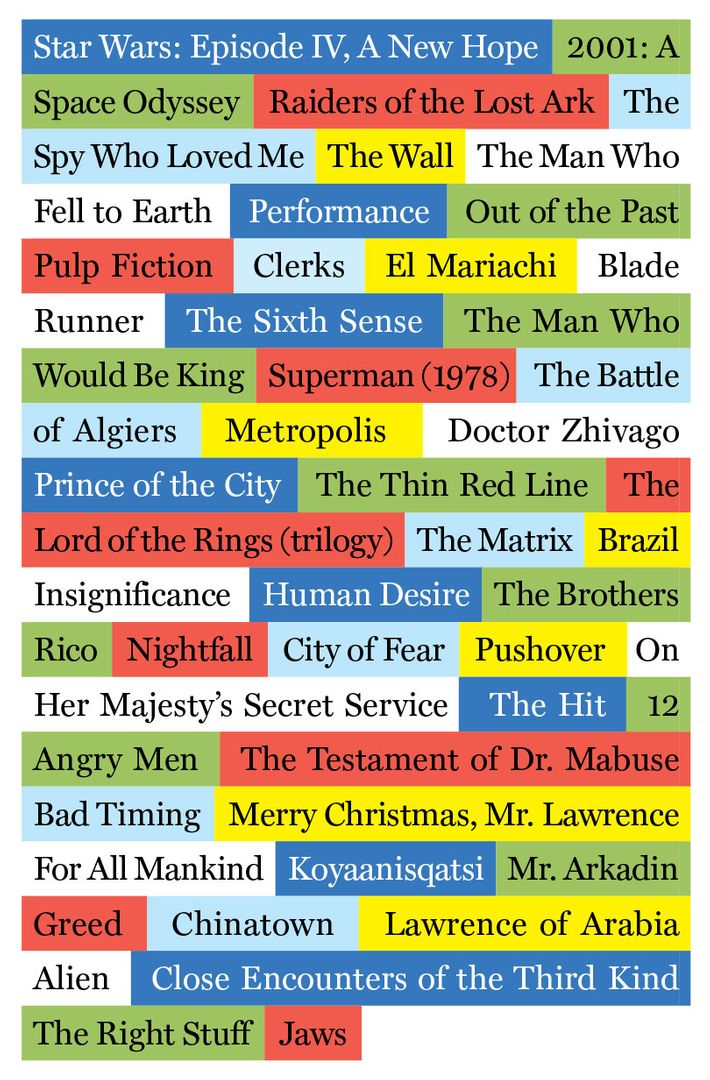 How His Wormhole Works

In the run-up to his film’s release, Nolan made much of Interstellar’s scientific accuracy — risky for a movie that involves astronauts journeying through wormholes. Brian Greene, a theoretical physicist at Columbia, explains what those phenomena are, and where they might take us.

“Wormholes are like tunnels through mountains: They allow you to go through without having to go up a peak and down the other side. Wormholes are that concept applied to space itself. We don’t know if they’re real, but Einstein’s mathematics suggest that they could exist. Time could also thread itself differently through a wormhole — the two openings of the same wormhole might be offset by 30 years. At the moment, though, we have no capacity for creating or harnessing wormholes. That aspect of them is currently best suited to filmmakers.”

Nolan’s Filmography by the Numbers 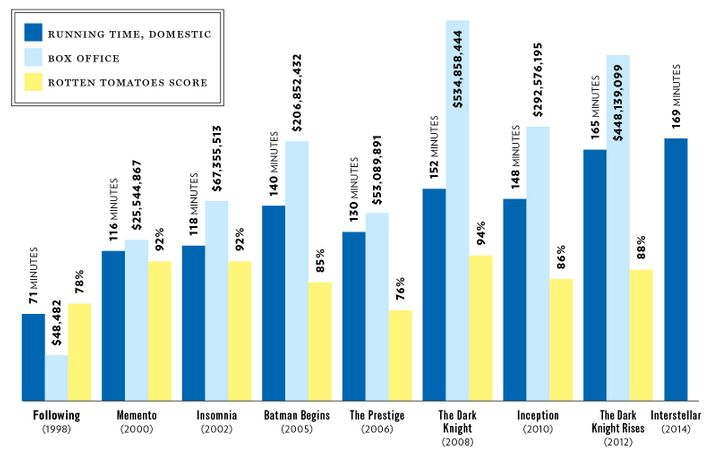 Sci-Fi at the End of the Earth

“The film crew brought in like 200 people, which almost doubled the size of the population. We did not see the cast much; they stayed outside the village. Nolan we saw a few times — he seems like a nice guy. The crew became our friends, but wouldn’t say anything about the movie. They all have confidentiality agreements. The way to know when Klaustur is in the film is when you spot anything that looks like a different planet: That’s us. I’d like to see the movie but don’t know if I will — the nearest theater is 200 kilometers away.”

*This article appears in the November 3, 2014 issue of New York Magazine.

5 Ways to Know You’re in a Christopher Nolan Movie