Read on if you’ve seen this week’s episode of Homeland.

For a bunch of non-ballerinas we sure do like to be kept on our toes! (Cool ballet joke.) Problem is, we’ve grown too savvy for a typical season of television to properly startle us. Premieres and finales: That’s when the shocking deaths and twists go down and everything in between is pure setup. We know this and we excuse boring episodes with “Well, it was just the fourth episode, how integral could it have been?” But like a terrorist at the top of the CIA kill list, Homeland always seems to be one step ahead of us. Last season’s infamous mental breakdown fake out still divides viewers, but this week’s startling murder of Aayan — seemingly the most important new character of season four — is right up there with Homeland’s biggest shockers. We’re nowhere near the end of the season, but the point is clear: Anyone could go at anytime. Including, apparently, Saul. 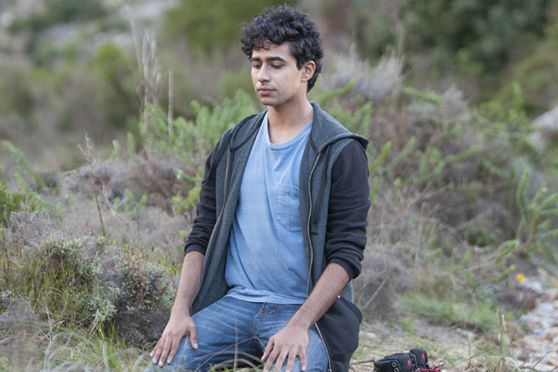 “From A to B and Back Again,” one of Homeland’s finest episodes to date, began as ordinarily as we might expect from a midseason episode. The next step of Carrie and Aayan’s operation-cum-romance proceeded with some underwear-clad canoodling. We knew Carrie had designs on manipulating Aayan into leading her to his uncle, but her apparent concern about his safety verged on genuine. Yet one staged kidnapping of Carrie later (and Aayan’s subsequent retreat into the mountains of Pakistan) and Carrie was staring at a video screen in drone headquarters seriously considering dropping a bomb on him. Or at least we were meant to believe that. Carrie may have claimed she thought nothing of killing Aayan, but the shock and rage in her eyes when his own uncle put a bullet through his forehead suggested she felt much more deeply about him than that, and in fact her subsequent insistence that they bomb the whole lot of them — Saul included — underlined that point. Carrie did care about Aayan, perhaps so much so that her rationality went out the window. 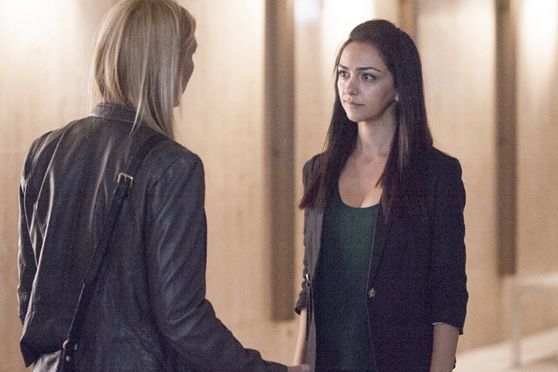 Or had it? Homeland’s always made it very clear that Carrie would stop at nothing to achieve her objectives and one could argue that Saul himself would have made the same call had Carrie been in his place. But ultimately Saul’s reprieve came down to Peter Quinn and the drone pilot colluding to disobey Carrie’s orders. This was consistent with another of the episode’s primary story lines: The increasingly frayed bonds between Carrie and her “team.” An earlier scene had Carrie scarily lose her temper with Fara after Fara echoed Quinn’s concerns about the Aayan affair. And of course whatever vestige of romantic spark there’d been between Quinn and Carrie has been all but snuffed if their tense, borderline hostile interactions are any indication. Again, it’s like Homeland anticipated that we’d anticipate a romance between the two, and subverted that expectation as well. Fortunately for Carrie not everyone on staff completely resented her: Her alcoholic office enemy Redmond showed her some grudging respect for doing whatever it took to get results. Well, he “mostly” thought that, anyway. But she still seemed pretty stoked to get his partial support. 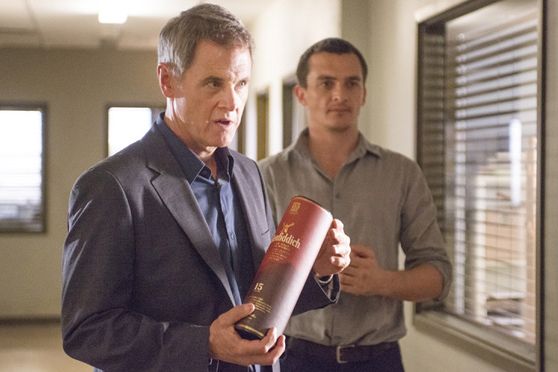 If this otherwise-stellar episode had a lesser element, it was definitely the Boris and Natasha–level spy hijinks by Dennis, the ambassador’s husband. It’s not quite clear why he has the kind of access to the CIA headquarters he does, or what exactly he thinks he’s going to accomplish by digging through trash bags and snapping pics of Carrie’s medications, but it all seemed relatively pathetic compared to the larger events of the episode. Quinn’s hostile, silent glares when Dennis tried to trash-talk Carrie said less about Quinn’s loyalty to Carrie and more about how lame Dennis is. He clearly seemed pleased with himself when the lady ISI agent accepted his photographic evidence that Aayan had been hiding with Carrie, but here’s hoping he gets killed off far more ingloriously than Aayan did. Dennis is the worst. 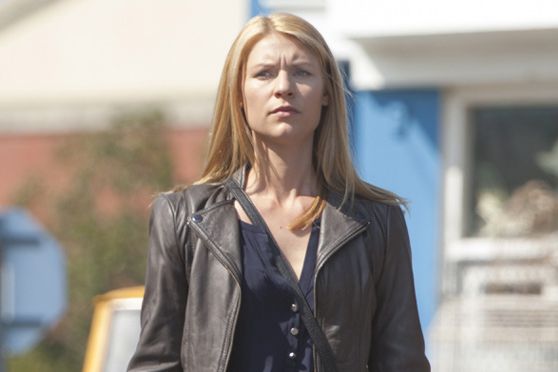 Ultimately, the strength of “From A to B and Back Again” stemmed not so much from that shocking head shot — a moment of violence made even more devastating by its emotional stakes — but in the questions it raised about Carrie’s priorities. While Homeland does love to throw in game-changing twists at unpredictable times, killing off Saul Berenson this soon would have been sheer madness. But it’s to this show’s credit that such a thing would have been completely supported by what we know Carrie’s capable of. With Aayan gone, it appears the rest of the season will concern itself with the safe extraction of Saul from the hands of the terrorist leader, but perhaps that’s too obvious? At this point the only predictable thing about Homeland is that it already knows what we’re predicting. Don’t be surprised when it pirouettes around it.

overnights 14 mins ago
The Real Housewives of Beverly Hills Recap: Disco Brawl Imagine a big conflict wheel spinning faster and faster, imaginary conflicts flying everywhere.
hush-hush 8:20 p.m.
HBO Max Has Been Taking Stuff Down Without Warning for Weeks Update: Another 37 titles will be cut.
mental health 7:49 p.m.
Jonah Hill Takes a Break From Press Tours Due to Anxiety He directed and starred in an upcoming documentary “Stutz.”
release your job 6:20 p.m.
Christine Quinn Is No Longer Selling Sunsets Seasons six and seven of the Netflix show will reportedly go on without her.
r. kelly 6:18 p.m.
R. Kelly Chicago-Trial Opening Statements Began With Harrowing Abuse Allegations Prosecution warned the jury that the videos in evidence will be “difficult to watch.”
coming soon 4:17 p.m.
Abbott Elementary Is Back in Session on September 21 And running through the whole school year with a full 22-episode season.
buzz! buzz! 3:37 p.m.
Who Manifested Simone Kessell As Adult Lottie in Yellowjackets? Looks like Courtney Eaton is now a series regular.
sweet! 3:04 p.m.
Ellie Kemper and Zach Cherry to Co-host The Great American Baking Show The Bake Off spinoff premieres in 2023.
overnights 3:02 p.m.
Love Island Season-Finale Recap: Ti Amo Somehow Luca and his ability to generate indignant fury out of thin air made it to the finale.
merrily we cast along 2:08 p.m.
Jonathan Groff and Lindsay Mendez Join Daniel Radcliffe in Merrily We Roll Along We hope the priest from Lady Bird will be happier with this production.
1:30 p.m.
‘Foo’ or ‘Fool’? A Chat With the Cast of This Fool  A generational divide, explained.
christmas in august 1:27 p.m.
Darlene Love and Mariah Carey Are Battling for the Christmas Throne And so is Christmas-exclusive singer Elizabeth Chan.
overnights 12:53 p.m.
Reservation Dogs Recap: Hard Times Being physically present is not the same as “being there” for someone.
trailer mix 12:36 p.m.
Wednesday Teaser: The Addams Family Has Scholastic Problems and Spooky Solutions Jenna Ortega stars as the titular piranha-wielding teen.
read on 12:30 p.m.
Salman Rushdie Book Sales Soar Following Attack The Satanic Verses author has reentered best-seller lists while recovering.
american crisis 12:11 p.m.
Andrew Cuomo Can Keep $5 Million for COVID-19 Book, Judge Rules After an ethics panel previously said he had to give it up for reported improper use of state resources.
it's a re-sabotage 12:00 p.m.
Netflix Is Reviving Competition Classic The Mole This Fall As long as no saboteurs get in the way.
vulture 10x10 12:00 p.m.
The Green Puzzle 5-Down, Five Letters: Actress John Travolta once called “Adele.”
the guys are fighting 11:45 a.m.
Kid Cudi Says Reuniting With Kanye West Would Take a ‘Miracle’ “I don’t see it happening. He gon’ have to become a monk.”
tributes 11:10 a.m.
Foo Fighters’ Taylor Hawkins Tribute Concert to Stream on Paramount+ The lineup now includes the Foo Fighters, Travis Barker, and Hawkins’s son, Shane.
More Stories