While most of us would prefer to not be taken hostage under any circumstance, we might have our preferences as to whom we’d like to be taken hostage by least. For you, it may be a gang of Cirque du Soleil performers. I would personally really detest being taken hostage by shark-human hybrids (too wet). For Saul Berenson, however, his No. 1 choice for least desirable captors would have to be the Taliban. If you are in the Taliban and really want to ruin Saul Berenson’s day, definitely take him hostage. He will hate it. As he stated very clearly to Carrie in (the unfortunately titled) “Halfway to a Donut,” he would rather die than spend one more day in their dungeons awaiting some kind of deal with the CIA. So when the Taliban closed in on him during his escape and he pressed that gun to his jaw, we had every reason to believe he’d be choosing what was behind Door No. 2 (a bullet). Saul’s death would have been the kind of shocker Homeland trafficks in, but also completely consistent with what we’ve come to know about him. When it comes to the Taliban, he does not fuck around. 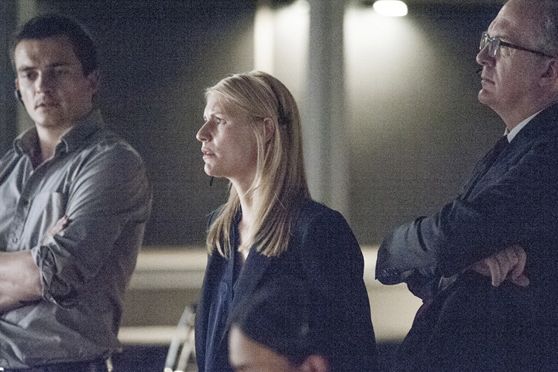 “Halfway to a Donut” was a tremendous hour of television and one of Homeland’s finest installments since season one. If that comparison seems extreme, please note that season one benefited from the thrill of discovery, whereas season four has had to entertain us the old-fashioned way: well-laid stakes, character turns, and unbearable tension. And as if to remind us that, oh, yeah, Homeland is about SPIES, this episode featured scenes as riveting as any in the Bourne movies. From Saul’s MacGyver-esque ability to free himself from handcuffs with a stray nail to his feigned suicide-by-hanging, his strangling of a guard, his marathon jog to a nearby village under the cover of night, and finally, Carrie’s drone-based video-screen surveillance of the entire situation that allowed her to map Taliban soldiers with red triangles like something out of a first-person shooter … This episode reveled in the inherent excitement of covert operations while populating it with characters it’s had 44 hours to develop. And, yes, it all ended with a “wrong choice,” but a happy ending, which is a contradiction Homeland has more or less perfected by now.

Last week’s episode concluded with one of storytelling’s least pleasant but most effective existential nightmares: Carrie mentally broke down in public with no real way to explain herself. So it came as a relief when this episode tied that thread up neatly. When she woke up in General Khan’s mansion with a sort of psychosis hangover, it wasn’t long before Carrie realized her meds had been tampered with, and she was back at the Embassy informing both Lockhart and Quinn, who, to their credit, immediately believed her story. Whatever replacement meds Carrie was administered must’ve worked quickly, because within moments, she was back to full sanity and heading up a mission to rescue Saul. But the episode’s true water-cooler moment was when Carrie used a drone camera to help Saul evade Taliban soldiers, only to realize he’d been effectively surrounded, at which point she tricked him into walking directly into their arms. Her choice had essentially been to let Saul commit suicide or to get him recaptured by the enemy, and she chose the latter. Exceedingly sane, but still a bummer for everyone involved. 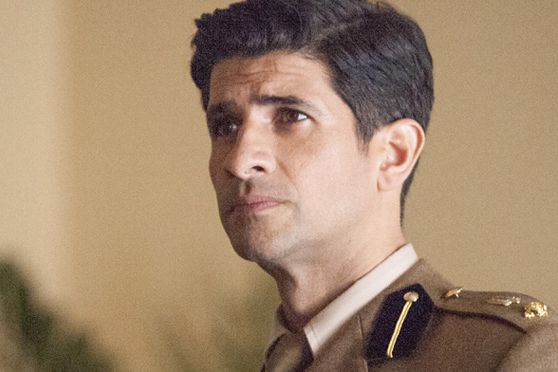 Carrie’s most surprising peace of mind, however, resulted from one of TV’s best kinds of twists. The “actually, he’s a good guy” twist! All season, we’ve had reason to believe that General Khan was working with the ISI to undermine the CIA and perhaps assist the Taliban; plus, the suggestion that he’d allowed Carrie to go off her meds so that he’d end up cradling her on his living-room floor only made him seem more despicable. But as this episode revealed, he not only was not working tightly with the villainous female ISI agent, he deplored her tactics enough to come clean to Carrie during a clandestine meeting. Khan just went from a garden-variety shady villain to a complicated, compelling human being in the span of a few scenes. Again, truly the best kind of twist. 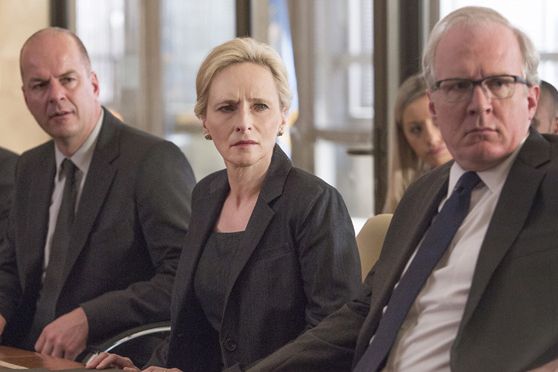 Speaking of character reversals, Director Lockhart’s been inching ever closer to likable all season, and this episode was his best yet. It never ceases to be entertaining to watch him bristle at Pakistani officials and call them liars to their faces during high-powered meetings. But his loyalty to Saul (and Carrie) verged on human. On the other hand, I’ve grown increasingly exasperated with Ambassador Boyd, if only due to her obliviousness about her own husband. He’s obviously garbage, so how can such a smart person so easily overlook his extracurricular meetings with Pakistani spies? Anyway, Ambassador Boyd would have us believe that her brand of milquetoast diplomacy gets results, but Homeland has spent all season saying the opposite. 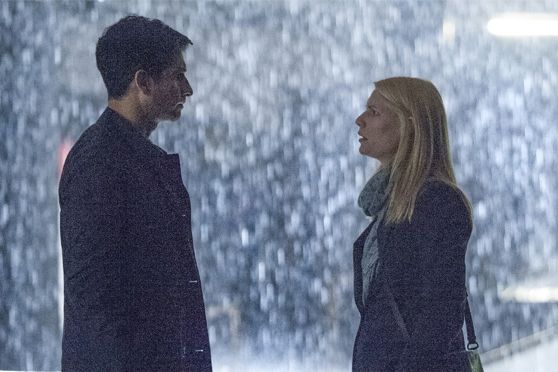 Capping off the tense, no-win scenario of Saul’s recapture was a beautifully written speech made by Carrie to Quinn:

How can saving someone’s life be the wrong choice? But it was, because there are only wrong choices, and it’s like I’m finally seeing it now for the first time. Nothing good can happen in this fucked-up world we’ve made for ourselves. Can it?

That’s just Homeland articulating its own thesis statement more succinctly than ever. This show will find its happy endings, have no doubt about that. It’s just that they’ll only be happy relative to the alternatives. Yes, it’s terrible that Saul’s back in some kind of desert gulag — and his final screams of fury at Carrie for selling him out won’t be soon forgotten by anyone — but it’s much better than seeing his brain splattered across a courtyard. Just my opinion! “Halfway to a Donut” marked a major win for Carrie’s decision-making faculties, and an even bigger win for the viewers.

family business 13 mins ago
Fidel Castro’s Daughter Approves of James Franco Playing Her Dad In Alina of Cuba, the biopic based on her life.
overnights 11:35 a.m.
Evil Recap: State of Grace Talk about paying through the nose.
accidents 12:24 a.m.
Anne Heche in Stable Condition Following Car Crash Heche reportedly crashed her car into a Los Angeles home.
hot dogtorate Yesterday at 4:32 p.m.
That’s Doctor Michelle Yeoh to You Michelle Yeoh will receive a doctorate of fine arts from the American Film Institute.
overnights Yesterday at 3:00 p.m.
The Sandman Recap: A Death in the Family It takes a visit with Death for Dream to learn how to live más.
overnights Yesterday at 12:46 p.m.
RuPaul’s Drag Race Down Under Recap: Not So Groovy One of the show’s most delicious elimination narratives in recent memory.
remix city Yesterday at 12:27 p.m.
Beyoncé Drops New ‘Break My Soul’ Remix With Madonna It’s time to vogue!
overnights Yesterday at 12:00 p.m.
The Sandman Recap: Darker and Edgier Dream finally learns that tools can be traps.
overnights Yesterday at 9:00 a.m.
The Sandman Recap: Go to Hell The Sandman goes to a hot place where Dream and Lucifer have a rap battle.
vmas 2022 Yesterday at 1:10 a.m.
Anitta and J Balvin Will Take the VMA Stage Watch them live on August 28.
overnights Aug. 5, 2022
The Rehearsal Recap: I Don’t Like Lying to People The Rehearsal’s most intense episode shows just how far Nathan is willing to go.
break-ups Aug. 5, 2022
Kim Kardashian Reportedly Resigned As Queen of Staten Island Her nine-month relationship with Pete Davidson is allegedly done.
overnights Aug. 5, 2022
The Devil Is a Part-Timer! Recap: A Toddler Turned Into a Sword! This week, the show takes a huge dip in animation.
dinner party Aug. 5, 2022
Where Are You Sitting This Week? Will it be with the conspiracist, the clergyman, or Caucasian Castro?
this friggin guy Aug. 5, 2022
Johnny Depp and Jeff Beck Stole Lyrics From an Incarcerated Folk-Poet Hack Sparrow.
overnights Aug. 5, 2022
Pretty Little Liars: Original Sin Recap: Psycho Killer It’s Halloween, which means it’s time for a rager and hormonal confrontations.
follow friday Aug. 5, 2022
Jenson Titus and His Beautiful Bagel Eyes We chatted with the comedian and artist on Instagram Live.
kanye 2020 Aug. 5, 2022
John Legend’s Friendship With Ye Strained Over Politics “He was upset that I didn’t support his run for presidency of the United States of America.”
here's jason Aug. 5, 2022
Summer-Camp Horror Movies to Stream From Your Bunk Rickety canoes, teen debauchery, and lots of fake blood.
overnights Aug. 5, 2022
The Sandman Recap: Meet Ms. Constantine Dream and Johanna Constantine are peas in a sexy, trenchcoat-clad pod.
More Stories