Thank you, Michael Giacchino, for pulling our heartstrings with your slowed-down version of one of John Williams’s memorable cues from Jurassic Park. (It’s like this week’s version of the sad version of “Crazy in Love” that Beyoncé did for the Fifty Shades of Grey trailer.) But it’s not the only way in which the Jurassic World trailer references the beloved first movie in this franchise:

There’s this! (Good to be back on Isla Nublar.)

And this version of the Gallimimus run that Dr. Grant took with Tim and Lex.

And amber-frozen mosquitoes, how we’ve missed you. (Dino DNA!) 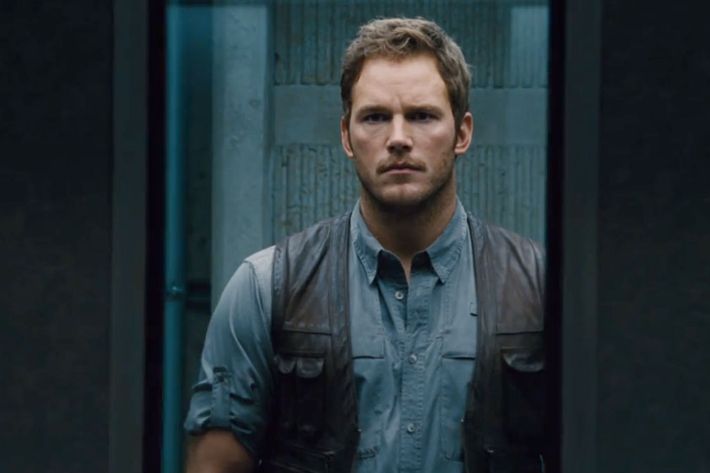 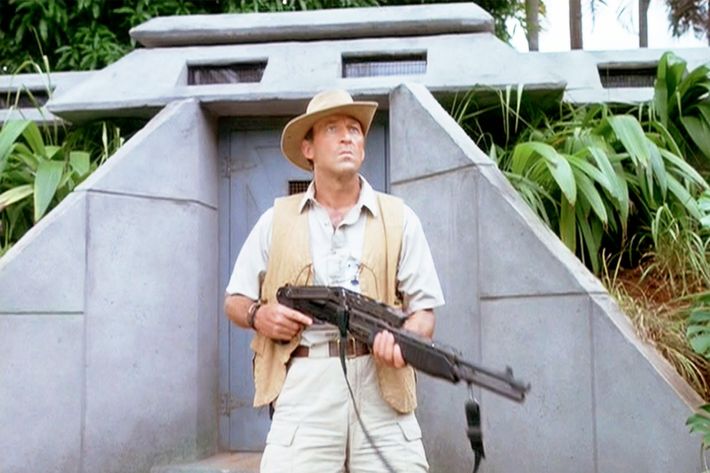 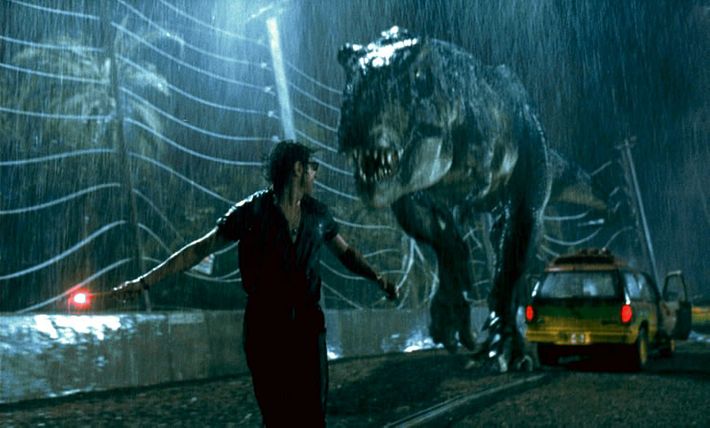 This, though…this is a new one.

tributes 25 mins ago
Watch The Chicks Cover Olivia Newton-John’s ‘Hopelessly Devoted’ Natalie Maines called the late star “a worldwide sweetheart.”
no feet pics pls 4:33 p.m.
Ringo Starr Promotes Get Back Blu-Ray With New Footage Peace and love.
what we know 4:33 p.m.
Salman Rushdie Is on the ‘Road to Recovery’ Following Gruesome Attack The acclaimed author was grievously wounded and remains hospitalized but was taken off a ventilator and again able to speak on Saturday.
overnights 3:11 p.m.
Evil Season-Finale Recap: Meet the Parents It’s a small miracle Kristen doesn’t barf at the end of this bonkers finale.
overnights 10:00 a.m.
A League of Their Own Recap: Friends of Dorothy For just a few hours, Rockford, Illinois, turned into a Technicolor Oz.
anne heche 2:12 a.m.
Police No Longer Investigating Anne Heche Car Crash “When a person suspected of a crime expires, we do not present for filing consideration.”
team stancy 1:13 a.m.
Stranger Things Fan Megan Thee Stallion Declares Herself ‘Team Stancy’ “Y’all keep throwing the kids on him to babysit. He keeps saving y’all life. All he do is save y’all life.”
the law Yesterday at 10:53 p.m.
FBI Says Rust Gun Could Not Fire Without Trigger Pull Contradicting Alec Baldwin’s prior claims.
overnights Yesterday at 6:00 p.m.
Never Have I Ever Season-Finale Recap: Should I Stay or Should I Go We’re finally here — the last day of Devi’s junior year.
rip Yesterday at 5:05 p.m.
Comedian and Actor Teddy Ray Dead at 32 He wrote and starred in many viral comedy sketches for All Def Comedy.
overnights Yesterday at 3:32 p.m.
RuPaul’s Drag Race Down Under Recap: Best of a Bad Brunch It becomes clear that Molly truly is the sabo bitch of the season. She’s even managed to sabo herself.
overnights Yesterday at 3:00 p.m.
Never Have I Ever Recap: Parents Just Don’t Understand Des, we go to bat for you, and this is how you repay us?
overnights Yesterday at 12:00 p.m.
Never Have I Ever Recap: Vertical Limits What’s a girl got to do to get horizontal?
overnights Yesterday at 10:00 a.m.
Never Have I Ever Recap: Double Jeopardy The sky’s the limit for Devi and Des as a potential power couple.
overnights Yesterday at 6:00 a.m.
A League of Their Own Recap: So There Is Some Crying in Baseball They say the line!
rumor mill Yesterday at 1:51 a.m.
Martha Stewart Calls Pete Davidson ‘the Son I Never Had’ “He is a charming boy who is finding his way.”
overnights Aug. 12, 2022
The Rehearsal Recap: So What Did You Learn at Swimming Today? The world Fielder designed can’t accommodate two different people’s desires at once.
tributes Aug. 12, 2022
Ellen DeGeneres, Rosanna Arquette, and More Remember Anne Heche “This is a sad day.”
overnights Aug. 12, 2022
Never Have I Ever Recap: Mass Exodus We’ve got another Ben-centric episode, so Andy Samberg is back as our buoyant, eternally boyish guide.
overnights Aug. 12, 2022
RuPaul’s Secret Celebrity Drag Race Recap: Here We Go Again RuPaul is taking another crack at a celebrity version of Drag Race with a decidedly Masked Singer twist.
More Stories