As the publicity blitz for his new album keeps reminding us, Nick Jonas is sexy now. For adults who didn’t grow up idolizing the Jonas Brothers, it’s a disconcerting transition — that adorable, promise-ringed moppet has turned into a shirt-doffing, penis-grabbing hunk. How did this happen? And, just as important, when?

For casual observers, one date will live in infamy: July 30, 2013, the day a 20-year-old Jonas showed off the Jonabs in an instantly viral shirtless Instagram. But for how long before that had Jonas’s hotness been lurking in the shadows, biding its time until it could be revealed in one heavily edited cell-phone snap? That’s what we’re going to find out.

Here’s how it will work: In the spirit of our exploration of Leonardo DiCaprio’s changing face, we’ll go year by year through Jonas’s career until we can find the specific year his hotness was made known to the world. Then, once we’ve ascertained the year, we’ll narrow it down by weeks and months in the hope that, eventually, we’ll be able to find the exact date Nick Jonas went from baby face to babe.

We’ll start in 2007, when Nick and the Jonas Brothers were still in their first blush of fame. Literally — look how endearingly awkward he looks onstage at that year’s Jingle Ball. You just want to pinch his cheeks! (Not like that, pervs.) Thankfully for both us and our lawyers, the 15-year-old Jonas was officially Not Yet Hot. 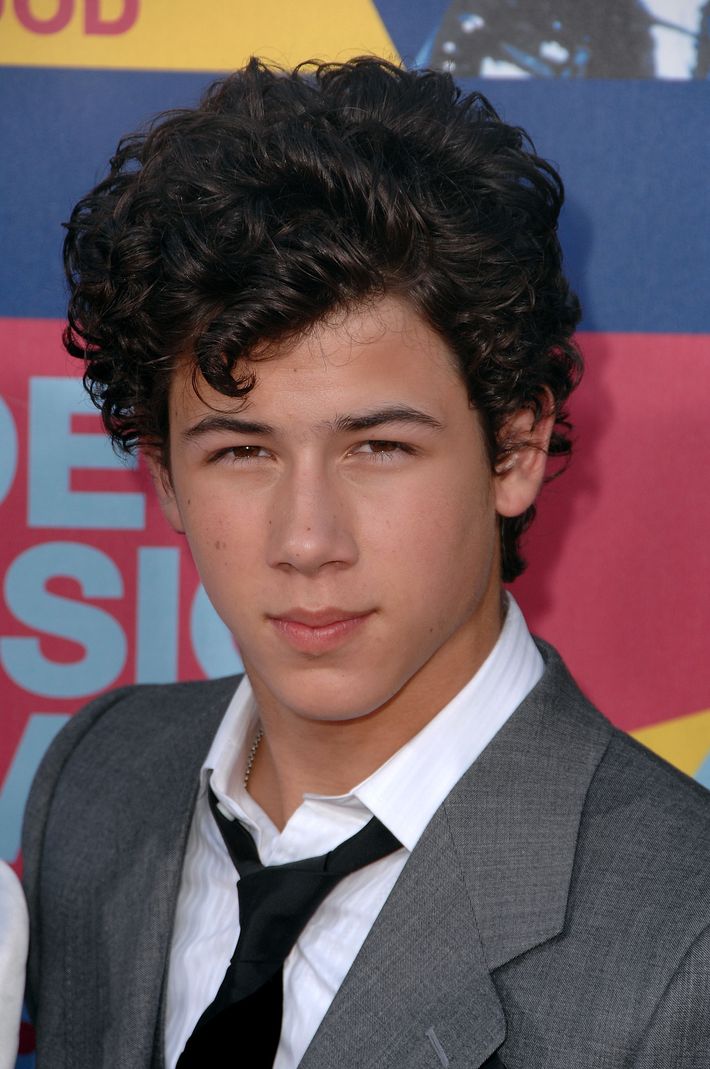 A year later at the 2008 VMAs, Nick had adopted what became the signature look of the Jonas Brothers 1.0: smart suit, smoldering glare, and wild hair. Best-dressed boy in your bio class, probably, but Not Yet Hot.

Uh-oh. The chest makes its first appearance at this 2009 press conference, but thankfully, the 16-year-old Jonas’s muscles had not yet caught up to his plunging neckline. He was safely still Not Yet Hot.

Jonas spent 2010 touring with the Administration and playing Marius in the West End production of Les Misérables. Like every Marius in the history of musical theater, he was Not Yet Hot. (Enjolras, on the other hand …)

If we were only trying to answer the question “When did Nick Jonas get muscles?” then the answer would be obvious: some time in 2011, during the Jonas Brothers’ first hiatus. But we’re looking for something a little more ineffable here, and we have to say, despite his new arms, the 18-year-old Nick Jonas still had the unmistakable whiff of high school about him. Verdict: Not Yet Hot.

Eureka! We’ve found it, the year Nick Jonas got hot. 2012 saw Jonas cut his hair and bulk up even more, and what do you know, it worked! After years of being in the spotlight, Jonas was finally able to ascend to the ranks of Hot. This paparazzi image of Nick trying to pretend he’s not flexing comes from that summer — now all we need to do is look through photos from earlier in the year to find the exact day the change took place. Just a warning: Not all of them will be hot.

Here’s Nick at a basketball game with his brother in January 2012. Not Yet Hot.

Here’s Nick at the Tony Awards in June. Hot.

Here’s Nick at Planet Hollywood in April. Not Yet Hot.

Here’s Nick at a charity event in late May, one of the first public appearances after his haircut. Hot. (We’re getting closer.)

And here it is. Look at the hair, the tie, the look in his eyes — this is the earliest known photo of a hot Nick Jonas. Could he know what was in store for him? Could anyone? It’s impossible to know, but we can say, with all the journalistic credibility of New York Magazine on the line, that April 30, 2012 was the day Nick Jonas officially got Hot. Good for you, kid.

+Comments Leave a Comment
When Did Nick Jonas Get Hot?