If you want a blatant visual metaphor for how much Bill Cosby’s star has been tarnished by the dozens of sexual-assault allegations against him, look no further than the comedian’s star on the Hollywood Walk of Fame, which someone wrote “rapist” all over. Judging by the purple marker, every instance of the word appears to be the work of a single artist. 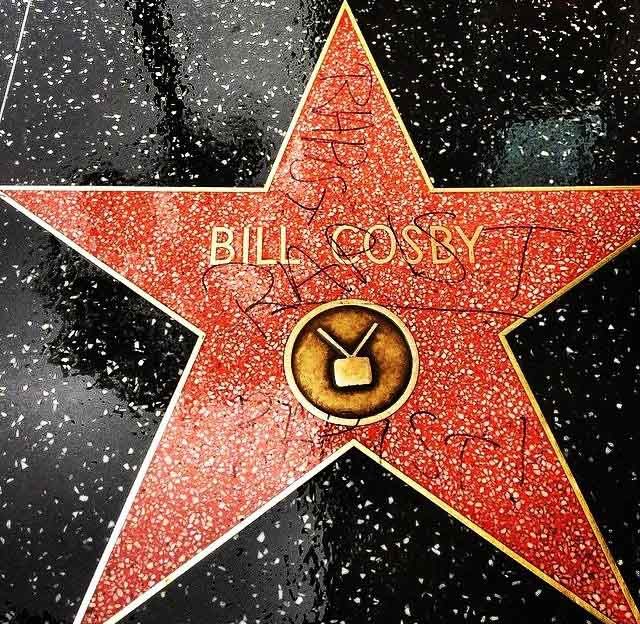 In response, the Hollywood Chamber of Commerce released a statement politely asking fans not to deface anyone’s stars, no matter how many rapes they may be accused of: “When people are unhappy with one of our honorees, we would hope that they would project their anger in more positive ways then to vandalize a California State landmark.” Cosby’s star, which is located in front of 6930 Hollywood Boulevard, is currently being restored to its original condition.