Over the next few weeks, Vulture will speak to the screenwriters behind 2014’s most acclaimed movies about the scenes they found most difficult to crack. Which pivotal sequences underwent the biggest transformations on their way from script to screen? Today Obvious Child director Gillian Robespierre and her co-writer Elisabeth Holm discuss the moment where Donna (Jenny Slate) finally confides a major secret to her mother. The scene is then excerpted below.

Gillian: This entire screenplay was tough to write! I was working a full-time job, as were my writing partners Elisabeth Holm and Karen Maine. So finding actual time to sit down and write was extremely difficult. But this article is not about how boring our lives were. Let’s talk about the bedroom scene!

The scene we chose to talk about is the one between Donna (Jenny Slate) and her mom (Polly Draper). In the 2009 short version of Obvious Child, the conversation between Donna and her mom took place over the phone, and my real mother played the voice of the mom. As much as I love working with my mom, having more time and a little more money gave us the opportunity to expand the mom character, hire the lovely Polly Draper, and explore the ever-complicated mother/daughter relationship. It was important that this conversation happen face to face and under one duvet. But it was a tricky scene to nail because we had to make sure all the scenes before were properly constructed. There had to be enough tension in their relationship and growth in Jenny’s character to finally be able to share her story with her mother. Oh, and it had to be funny, too!

Elisabeth: Gillian and I both grew up with moms more than a little bit like Donna’s. Donna’s mom is tough, but not without reason, and definitely not without a heart. She has high standards for Donna, they always feel out of reach, and as much as that annoys Donna, she also wants her mom’s approval. Donna doesn’t only tell her mom about the abortion because she needs financial aid, she tells her because they’re close, and this is by no means the first time Donna’s confided in her. As scared as she is of her judgement, she also knows her mom is going to be there for her when it matters most. She didn’t know, however, that her mom went through this, too, and sharing her own story helps Donna realize she isn’t alone.

We wanted to show multiple characters having gone through this experience in different contexts and coming out okay. Having an abortion without shame or regret, but not without emotional complexity. We had to somehow tell that story without it being a PSA, but also without it being an 83-minute fart-fest. (Though there’s definitely a lost director’s cut that is not not that.) Writing the whole movie was a balancing act. We love cheese when cheese is good, but we wanted to be sincere without being saccharine, to have depth without getting Too Deep, to be provocative but only by being honest, to be funny but not at the expense of a real human story. This scene cut to core of figuring all that out. We wanted it to feel just like the kinds of conversations we have with our own moms. And both of them definitely think moving to L.A. is worse news than a lot of other shit we could say.

Gillian: I got a chuckle when I read the shooting script because I totally forgot about a joke that we cut. In the script, we end the scene with Donna farting. She pulls the covers around her to trap the smell, her mom gets a kick out of it, and the scene ends with them laughing. We shot the full scene, fart and all. But in the edit room, it felt like the fart took away from this very important and heartfelt exchange. It literally sucked the air out of the scene. We always wanted the scene to end with the two women laughing, and luckily we had a clear place to cut after Donna makes her joke about antiperspirant causing Alzheimer’s. We really tried to ride the line of balancing humor and heart throughout the film. 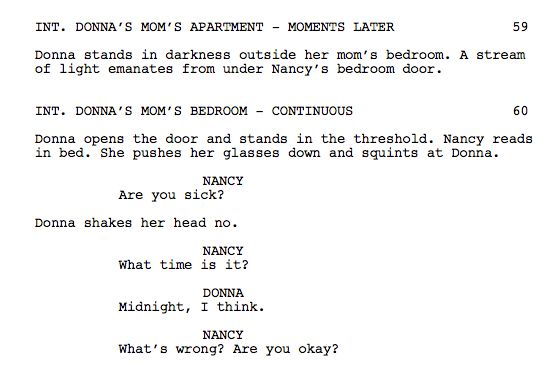 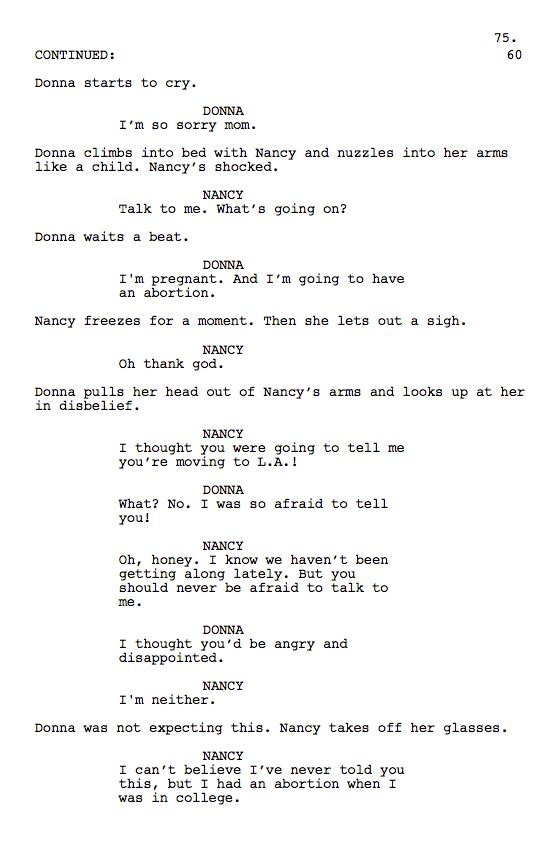 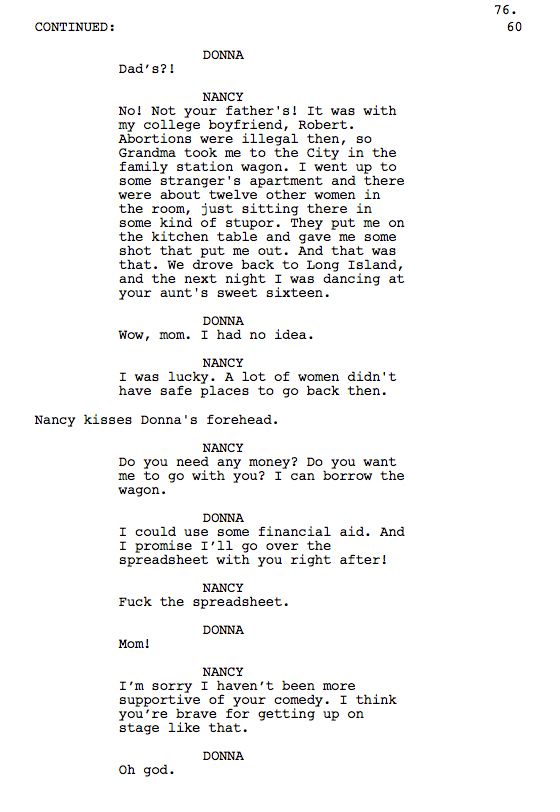 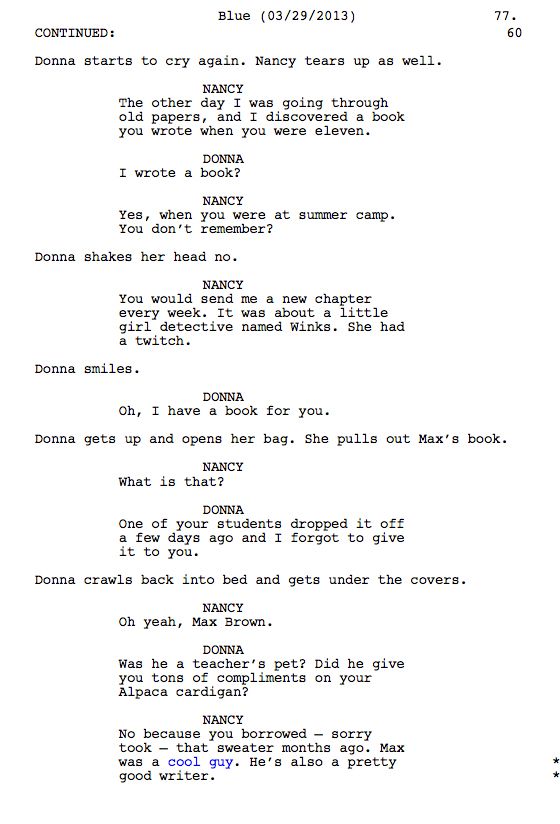 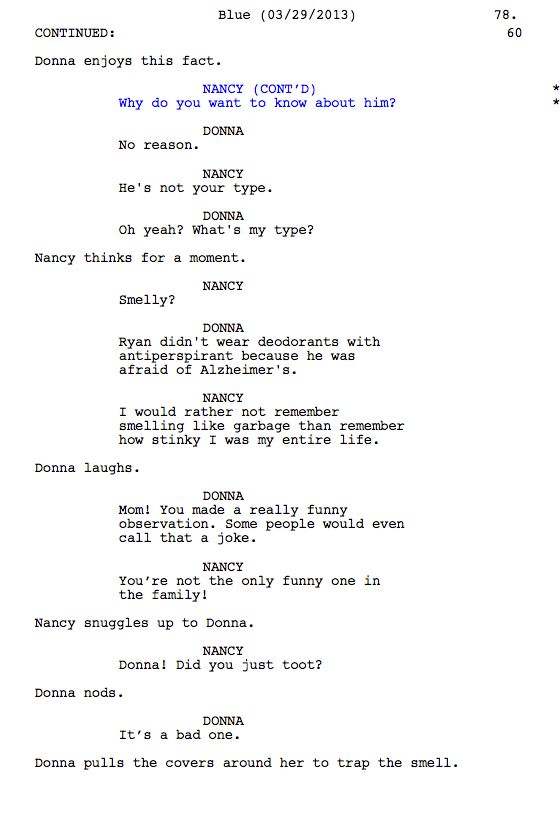