“Answer me!” Carrie Mathison angrily demands of her CIA underlings who’d just been caught red-handed embarking on off-book missions. “Who taught you how to do this stuff?”

“You, all right! We learned it by watching you!”

Okay, yeah, this was actually dialogue from that infamous 1980s anti-drug PSA about the father-son stoners, but it also perfectly sums up “Krieg Nicht Lieb,” this week’s installment in the seemingly nonstop Roger Rabbit dance move that has been Homeland season four. Because leave it to Carrie Mathison to spend several years disregarding orders and carrying out personal vendettas only to suddenly become the beleaguered voice of restraint when everyone around her craves vengeance. After last week’s embassy bloodbath, we all pretty much expected Quinn to grab a weapon and run directly into the fray, but who knew that computer geek Max and — from the looks on their faces — the remaining skeleton crew of agents all seemed so eager to help take Haqqani down as well? The question is rhetorical, because WE knew. We’ve been watching Carrie make impassioned, illicit decisions since 2011, and they were bound to rub off on her co-workers along the way.

Carrie’s newer, disapproving attitude toward vengeance was part of this episode’s larger exploration of post-trauma decision-making. See, in this world, you can either retaliate or cut your losses, and even for Carrie, there comes time to hang up the crazy and protect those around you from further casualty. That’s ostensibly the reason she stayed behind to prevent Haqqani’s off-book assassination: not to follow departmental protocol, but to keep Quinn alive. Even if Quinn were to exact a righteous payback and take out a mass murderer, it’s likely he wouldn’t make it out of Pakistan intact (not with that ISI kill-order, anyway), and that’s simply not a trade Carrie’s willing to make. 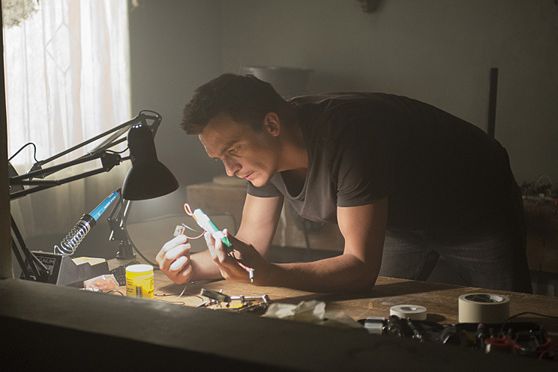 While Homeland seems to have backed away from a possible Carrie-Quinn romance, this episode went a long way toward proving just how similar they are. Both prone to rash decisions made with unshakable fervor, these two characters get each other in a way perhaps only dysfunctional twin siblings might. It’s how Carrie easily tracked Quinn to his safe house and sussed out his assassination plot before he could carry it out, but it’s also how she knew he wouldn’t hurt her if she stepped into his eventual blast zone. For all Saul and Lockhart’s talk this season of how individual CIA lives are expendable when weighed against the greater good, that’s now how Quinn operates, and Carrie knows it. But mostly it’s just a thrill to watch these two continually tag-in and tag-out of danger. Which one will go AWOL next?

See, just because Carrie was willing to quash other people’s wild behavior didn’t mean she’d somehow grown soft herself. It turned out her flirtation with caution was a brief one, as the mere sight of Haqqani threw her into an Aayan-related rage and she nearly assassinated him right there in the streets. Fortunately Khan stepped in and prevented this using the same logic Carrie had used against Quinn: Even if she pulled off that kill shot, she’d certainly be immediately killed in the aftermath, and that just wasn’t anybody’s idea of a good time. Plus, as he pointed out, there was an even bigger twist riding in the backseat of Haqqani’s SUV: an entourage member who bore a very striking resemblance to Dar Adal! Okay, yes, it was Dar Adal. But what, exactly, this meant was unclear. Was he working with Haqqani? Had he merely infiltrated Haqqani’s circle? What was going on? That’s for the season finale to explain, probably. 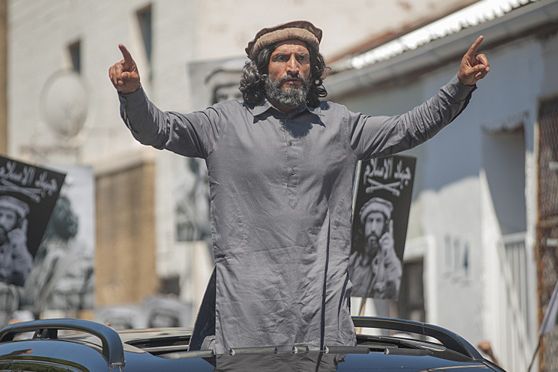 While much of the episode was devoted to Carrie’s attempts to stop Quinn, there was a general sense that this was not a great week for Carrie. The biggie, of course, was the sudden news that her father had passed away. The actor who played him, the great James Rebhorn, passed away in March of this year, so I’d been curious as to how his absence would be worked into the show, and now we know: a sudden stroke in his sleep. But that simple Skype call bearing bad news had huge repercussions for Carrie: It unmoored her. Suddenly, she was missing her child (!) and found herself more vulnerable to emotional decision-making (including that final decision to raise a gun at Haqqani in front of hundreds of Pakistani police). But by far the most affecting moment of Carrie’s grief was when she attempted to choke back tears while giving unrelated orders to her staff. A simple exchange, to be sure, but some next-level masterwork by Claire Danes. Credit where credit’s due: The lady can still incapacitate us with a single chin tremble.

“Krieg Nicht Lieb” had an undeniable quiet-before-the-season-finale-storm feel, but that didn’t make the final assassination-attempt sequence (complete with a dueling protest!) any less stressful. But the reason Homeland can now safely throw in its lot with 24-style action setpieces is because it never does so at the expense of characterization. The fact that Carrie can vacillate between wanting to exact vengeance and wanting to save her friends is not just good storytelling, it’s growth. She’s still rash and brave, but not naïve. She wants what’s best for her peers, even if that want is the product of having gotten plenty of her peers killed in years past. It’s hard to say what, exactly, next week’s finale will accomplish, or how it will go about rattling our rib cages this time, but with characters this mercurial, it’s pretty clear the outcome will continue to consist of an overwhelming spectrum of grays. It’s this kind of contrast that’ll really make the fireworks pop.