What’s the old saying? Time flies when you’re stressed as hell? That is probably not a saying, but it could be when applied to Homeland, where “having fun” and “stressed as hell” are interchangeable. “13 Hours in Islamabad” was a 45-minute episode of television that felt more like 15. Half embassy siege to make Jack Bauer high-five Tom Clancy’s ghost and half tragic aftermath, this week’s episode continued Homeland’s season-four rebirth with relentless aplomb. Man, what a great episode. It felt terrible! 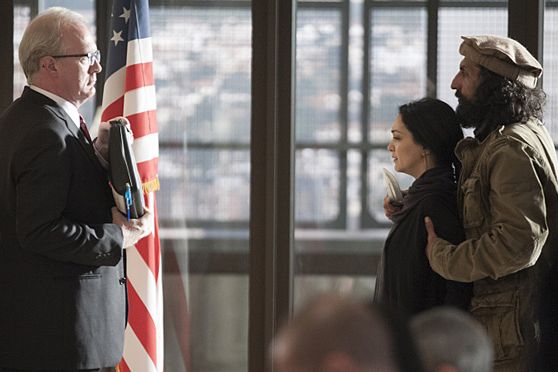 After brutally leaving us hanging for two weeks (ban Thanksgiving?) Homeland wasted no time in showing us how, exactly, a Haqqani-led embassy infiltration goes down. Within minutes, Big Bad and his goons were spraying bullets into poor secretaries as CIA operatives scrambled around desperately destroying documents. As it turned out, however, this mission wasn’t just an ultraviolent T.P. job; Haqqani had an actual prize in mind: the manifest naming all CIA assets operating in and around Pakistan. You better believe Lockhart grabbed that briefcase and ran in Heisman stance across the embassy directly into a panic room. Unfortunately, it also meant that Haqqani began executing hostages one by one until Lockhart emerged from the panic room. So when Haqqani finally held a knife to Fara’s neck, Lockhart knew it was checkmate. 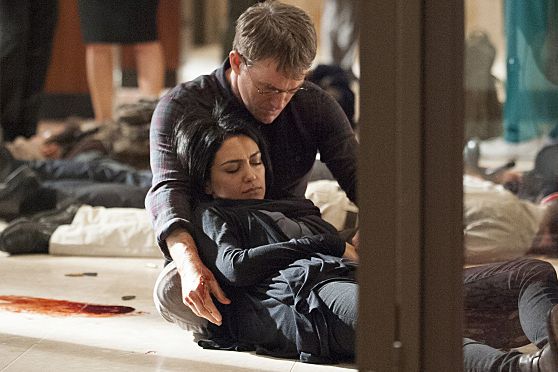 Fara had consistently been the show’s most likable person these past few seasons (owing mostly to Nazanin Boniadi’s clear-eyed, endlessly empathetic performance), and despite her being a supporting player, had been elevated to something of a protégé to Carrie. That included numerous scenes of Carrie tough-lovin’ her on the job as well as time devoted to Fara’s conflicted feelings about the weight of one wrong over another. She was in many ways the conscience on a show where consciences are actively burnt away in the name of righteousness. So when Haqqani plunged that knife into her back, it wasn’t just an expendable character falling lifelessly to the floor for the sake of a cheap thrill. It was Homeland signaling its willingness to ruin us, to destroy our expectations, and to break our hearts. And you know what? It had to. The stakes need to feel high, and we really have to hate the bad guys. But man, am I going to miss Fara. Her, and what she represented.

But what’s the old saying? Jah doesn’t close a door without opening a window? In this case, that open window is Peter Quinn in FULL supersoldier mode, tiptoeing through the embassy destroying Haqqani’s men with extreme prejudice. For a long time, his alleged badassery has been very “tell, don’t show,” with only glimpses of his off-book, black-ops missions. But now we finally got to see what peak Peter Quinn is, and it is excellent. He is excellent. In fact, if we’re being real, “13 Hours in Islamabad” was a fairly bold proclamation that Peter Quinn is absolutely the male lead and is possibly being positioned as the troubled successor to the franchise should Claire Danes get tired of winning Emmys. He’d spent a lot of this season frowning at Carrie, sure, but it was telling that for most of this embassy siege, she was crouching behind a flaming car avoiding sniper fire while Peter was murdering a baker’s dozen of terrorists, shooting Haqqani himself, and then going off the grid in order finish things. Haqqani roused a sleeping giant, and it’s easily one of the most thrilling turns of the season. This is the Peter Quinn we all wanted to see. 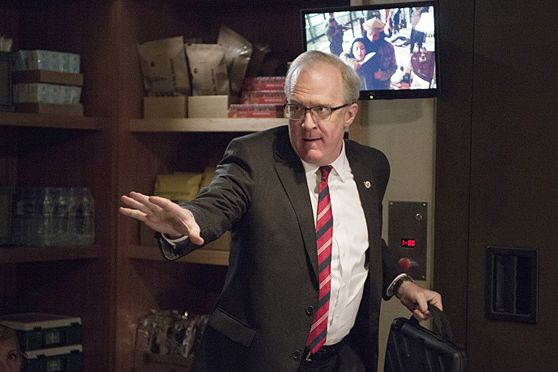 Oh, but we’re not done talking about season highlights. That scene between the ambassador and her husband. I admit there had been times earlier in the season when I’d see his face and immediately check my phone. “Oh, this plotline again.” But now that we know what Haqqani’s schemes were building toward, it turns out Dennis was certainly integral to the season all along. But that scene! His tearful pleas to his wife to hand her belt over so that he could hang himself in his cell? And her clearly conflicted reaction? I mean, not only was it one of the best-written scenes of anything I’ve ever seen on TV, it was affecting and confusing in equal measures. He was a bad guy! But he wants to redeem himself! But the real kicker was the next morning, when Ambassador Boyd heard that her husband was still alive, and she marched over to his transport and stared at him with a contempt that could affect tides. So good. Both characters are set to exit Pakistan, so if this was indeed the last we see of either of them, it was an exit as poetic as it was appropriate. What a pair! 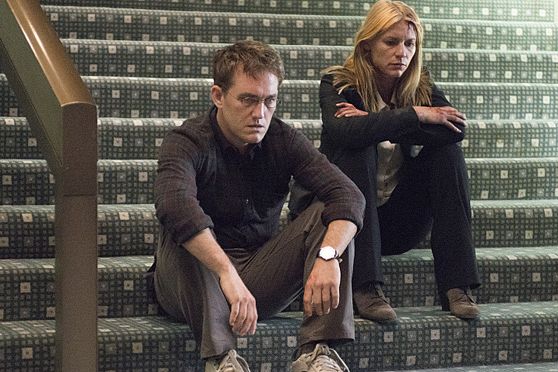 It’s almost strange at this point that we haven’t even talked in depth about Carrie, but her best moments came toward the end of the episode in a series of realizations and imperatives. First she took Fara’s death hard. Obviously. Carrie is a lot of things, but not a sociopath. So when Max tearfully admonished Carrie for not having been nicer to Fara, and then when Carrie had to call Fara’s family in America to deliver the bad news, everything Carrie felt was right there in her face. But she steeled herself when it mattered, and that includes when she reassured Lockhart that his decision to hand over the asset list was a tough call for anybody to make, and again later, when she made sure Saul knew that he hadn’t helped Haqqani’s cause by not committing suicide. Haqqani’s plan would have gone down with or without Saul’s tarmac acquiescence. Most of all, though, Carrie’s renewed support for Quinn was incredibly touching. She knows he’s gone and might even get himself killed, but she still feels compelled to stick around Islamabad and see it through. But, you know, of course she’s not going anywhere. Not with that redheaded baby waiting for her back home. 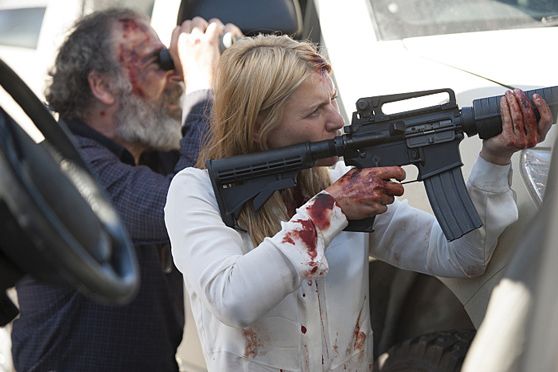 It’s some kind of feat for an episode of television to both explosively pay off a tantalizing cliff-hanger and also set up a season finale, but “13 Hours in Islamabad” was next level for a number of reasons. Compelling, tense, and cinematic in ways that not even movies really pull off anymore, it also afforded us a borderline elegiac portrait of the senselessness of a cycle of conflict and the senselessness of the bravery required to combat it. Terrible things happen in real life all the time, and that’s why no level of ludicrousness on Homeland’s part will ever be too ludicrous. Real life is a big, white-knuckle stress fest; if only it could ever be this fun.