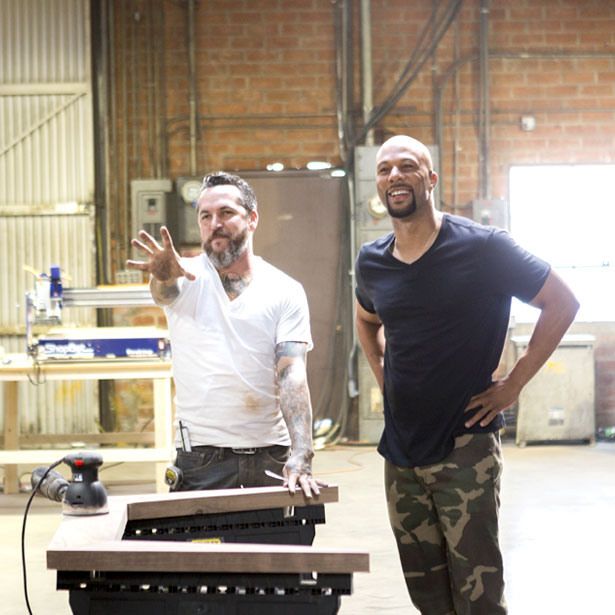 From the Simpsons’ beloved sofa to Johnny Carson’s desk to Morpheus’ red leather armchair, everyday furniture from long-running TV shows and blockbuster movies can become characters as much as the stars themselves. Starting January 6, Spike’s new furniture building competition series Framework will put statement pieces in the spotlight like never before. Hosted by Common, the show will test the artistry and skill of 13 up-and-coming furniture builders —which as anyone who’s ever assembled pre-fab Nordic furniture knows can be challenging. Click through to look back at some of the most iconic pieces of furniture to ever appear on the big—and small—screen and see where they are now. 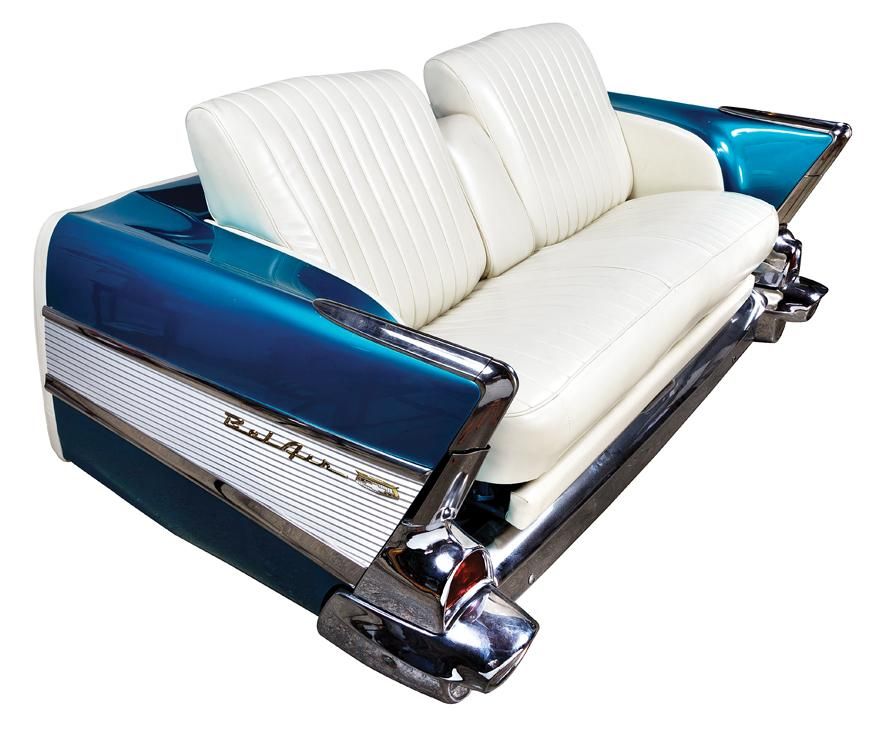 Kramer’s Couch
Mostly set in apartments on the Upper West Side, Seinfeld ran for nine seasons from July 5, 1989, to May 14, 1998, including one 1994 episode called “The Couch,” in which Jerry gives Elaine his old couch and sh e subsequently dates the moving guy. However, for many it was Kramer’s 1957 Chevrolet Bel Air couch that made the biggest statement. Making an appearance in episodes, like “The Pool Guy” and “The Comeback,” this novelty sofa was constructed from the rear section of an actual Bel Air auto and features a padded ivory leather back with a retractable shared center armrest. After Seinfeld ended, the couch made cameos in other TV series, including Third Rock From the Sun. In October 2014, the Profiles in History auction house sold this pop cultural icon for $10,200. 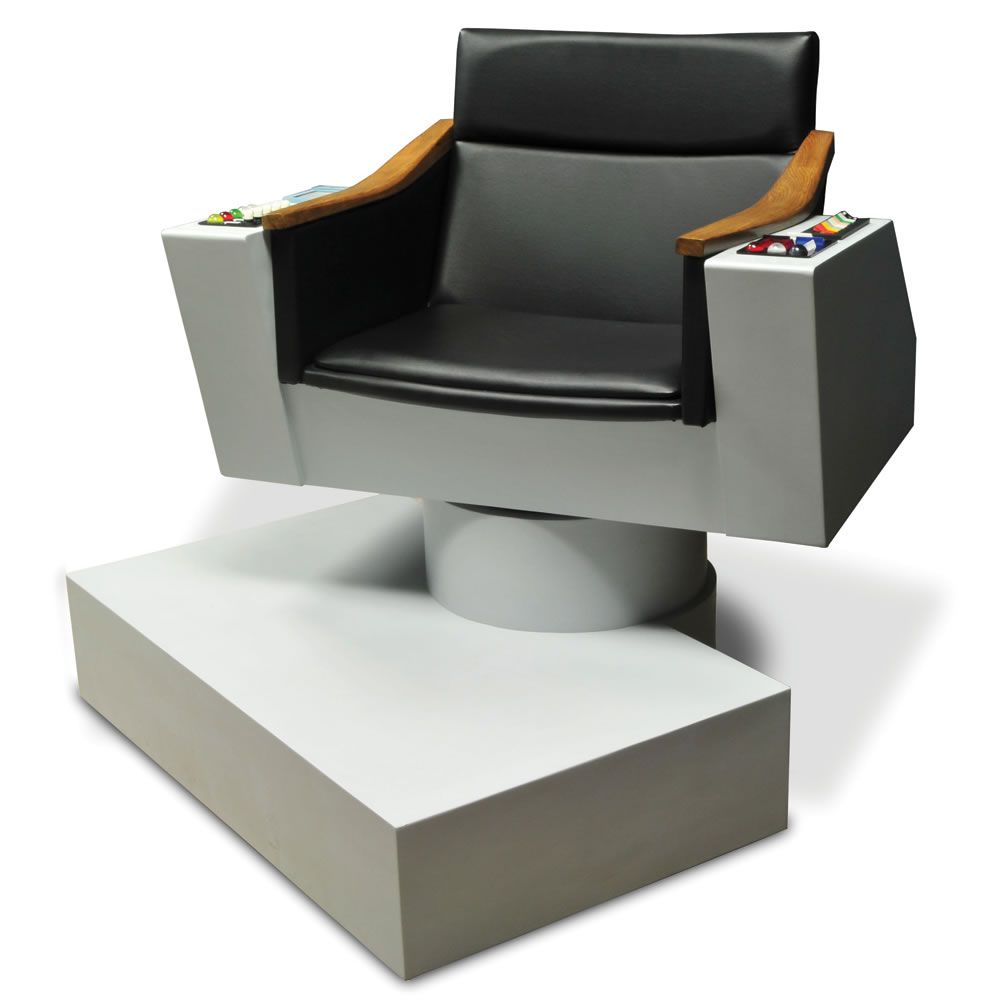 Captain Kirk’s Command Chair
The space-age interiors of the Starship Enterprise, which beamed into living rooms across the nation on Star Trek from 1966 to 1969, included some of the most recognizable chairs in TV history, such as a modified version of the Eero Saarinen-designed Tulip chair, which appeared in the show’s bridge set and fetched $18,000 at a Profiles in History auction. (Tragically, much of the show’s furnishings were discarded in the trash after the show was canceled.) But, for Trekkies, it was Captain James T. Kirk’s command chair that held pride of place. In 2002, the chair from the original Star Trek series was auctioned for $304,000 and then displayed at the Science Fiction Museum and Hall of Fame in Seattle. Not surprisingly, there has also been a trend of fans of the shows building sophisticated replicas of the chair.

Friends Central Perk Couch
Running for 10 seasons from 1994 to 2004, Friends became one of the most popular sitcoms of all time.  From season 4 to the series end, the famous burnt orange couch from Central Perk was where Chandler, Monica, Phoebe, Joey, Ross, and Rachel had some of their funniest moments on the show. A couple of fun facts about the couch was that everyone’s favorite barista Gunther only sat on the couch ONCE for the entire duration of the show and actually a few couches were used throughout the series run to keep it in good TV shape.  In 2014 to mark the 20thanniversary of Friends, a month-long pop up Central Perk was opened in lower Manhattan complete with the orange couch, which was generously donated by Warner Bros. Pictures. 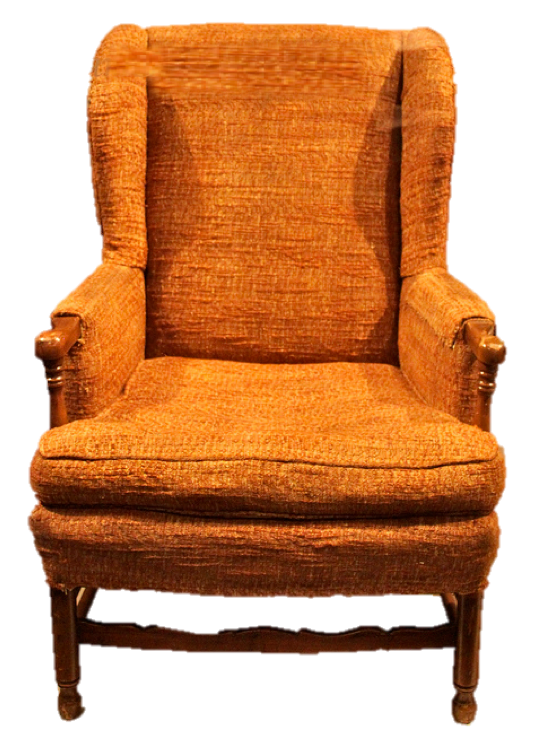 The Bunkers’ Chair
Breaking with a Norman Rockwell-like slice of American life, All in the Family introduced audiences to the Bunker family headed up by the cantankerous and bigoted patriarch Archie Bunker. Running from 1971 to 1979, it broke with the formula of sitcoms only portraying idealized happy families and took viewers into the everyday interiors of the Bunkers’ home situated on a fictional street in Queens. Archie Bunker could often be seen sitting in his well-worn armchair spouting his conservative and often racist views, which were in conflict with his liberal son-in-law Mike. Producer Norman Lear intended the show to be a symbol of the issues dividing American society during the era. Today Archie Bunker’s armchair is on view at the National Museum of American History in Washington, D.C. on the third floor near the “Thanks for the Memories” exhibit. 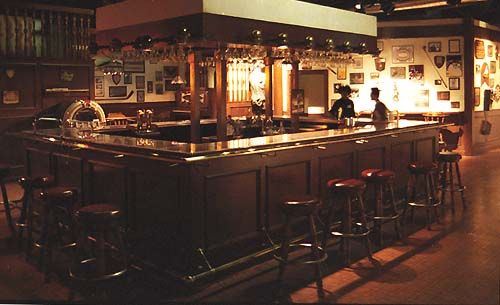 Cheers Bar
Taking place nearly entirely in the front room of a Boston bar modeled on the Bull & Finch in Beacon Hill, Cheers was a sitcom TV series on the air from 1982 to 1993, centering on a home-away-from-home “Where Everybody Knows Your Name,” especially during happy hour. All of the regulars—Norm, Cliff, Frasier—also seemed to have their own assigned barstools around the main wood bar. In fact, Norm was so attached to his particular seat that in the series finale, he proclaims to bartender Sam Malone that if his stool is not in heaven when he dies, it would just not be heaven—adding that God had better not be sitting on his stool. Covered with red leather, today Norm’s beloved seat and the entire bar are housed at the Hollywood Museum in the historic Max Factor building in L.A. 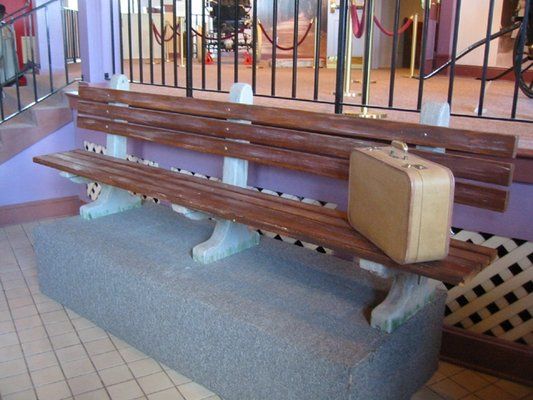 Forrest Gump’s Bench
Based on a book, the Academy Award-winning movie Forrest Gump, about a slow-witted, but big-hearted man whose life coincides with some of the biggest events in American history, from exposing Watergate to investing in Apple, starts out on a simple wood park bench at a bus stop. The main character Forrest Gump begins the movie by telling his story to a stranger sitting on the bench next to him. Located in Chippewa Square in Savannah, Georgia, steps from the oldest theatre in the U.S., the bench is still a popular spot for photo ops today. However, taking its place among Hollywood’s priceless pop-culture artifacts, the actual park bench used in the movie has since been placed in the Savannah History Museum. 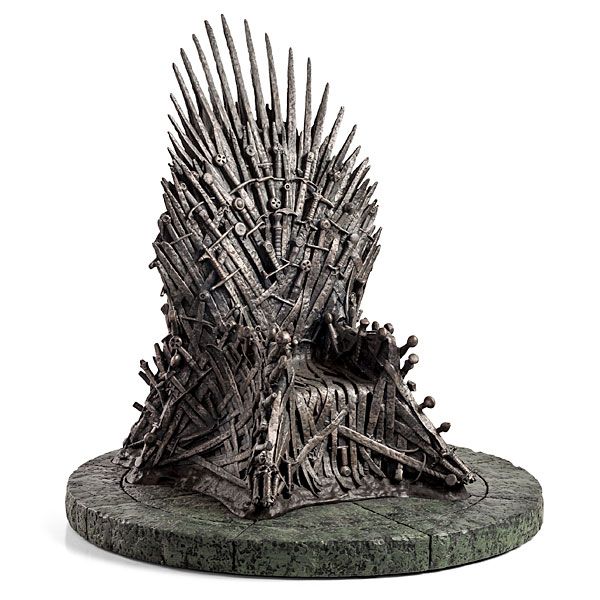 The Iron Throne
According to legend, the Iron Throne from Game of Thrones was constructed by Aegon I Targaryen, the first king of the Seven Kingdoms. Built of a thousand swords surrendered by his enemies, it look 59 days to hammer out this grand seat, which has spikes and jagged edges in every direction. A central figure in this fantasy series, which first aired in 2011, the show chronicles the dynastic power struggle for control of this very throne. An imposing lounger, Games of Thrones fans can purchase their own life-size replica constructed of hand-finished, hand-painted fiberglass and fire-proof resin for $30,000 (if you’re curious, shipping a 350-pound, 7’2”-high throne costs $2,500). This would cement your status as king among the La-Z-Boys—especially when season five and six start up again. 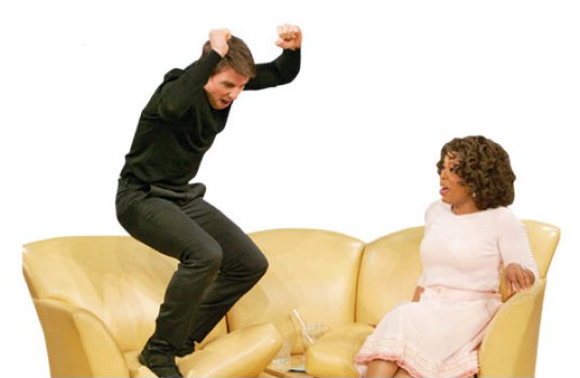 Oprah’s Couch
Perhaps the most recognizable couch in America thanks to one very public jumping episode in 2005, Oprah Winfrey’s cream-colored sofa served at the hot seat during her talk show’s reign of daytime TV for more than two decades. (The Oprah Winfrey Show started in 1984 as A.M. Chicago before being renamed in 1985 and eventually moving into Harpo Studios in 1990.) On March 2014, it was announced that Oprah Winfrey would be selling Harpo Studios in Chicago to a developer after the show’s end three years prior, but that the studio would remain on the property for another two years. The four-building, 3.5 acre campus in the Chicago’s West Loop neighborhood was reportedly priced at about $32 million—whether that was furnished or unfurnished with the most famous couch in TV history wasn’t specified. 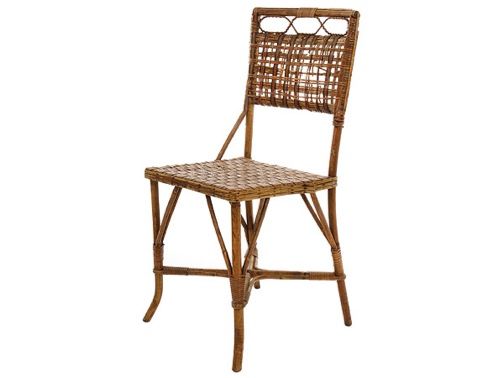 Wicker Chair From Rick’s Café
Taking a backseat to the original “it’s complicated” love story between Rick Blaine and Ingrid Bergman, the bent bamboo-framed, wicker-covered chairs that populate Rick’s Café in the classic 1942, World War II-set drama Casablanca are seen in key scenes throughout the film. It’s in these chairs that seated patrons watch Sam play the piano. Fashioned in a cane weave pattern, the top features an ornamental figure-eight wicker braid adding an elegant design detail. After Casablanca, the chair also made appearances in White Christmas (1954) and Funny Face (1957). This iconic wicker chair was purchased from the prop house Cinema Mercantile in 1983 in vintage, good condition, and later sold by the Profiles in History auction house in December 2013 for $3,600.