Hot on the heels of the new trailer for Game of Thrones’ fifth season, HBO has released a bunch of new photos on the show’s Facebook page. We’ve got new characters (including Jonathan Pryce’s High Sparrow and Alexander Siddig’s Doran Martell), new locations, and new costumes. Tyrion’s even grown a beard; that boat he got on last year was apparently going to Portland. 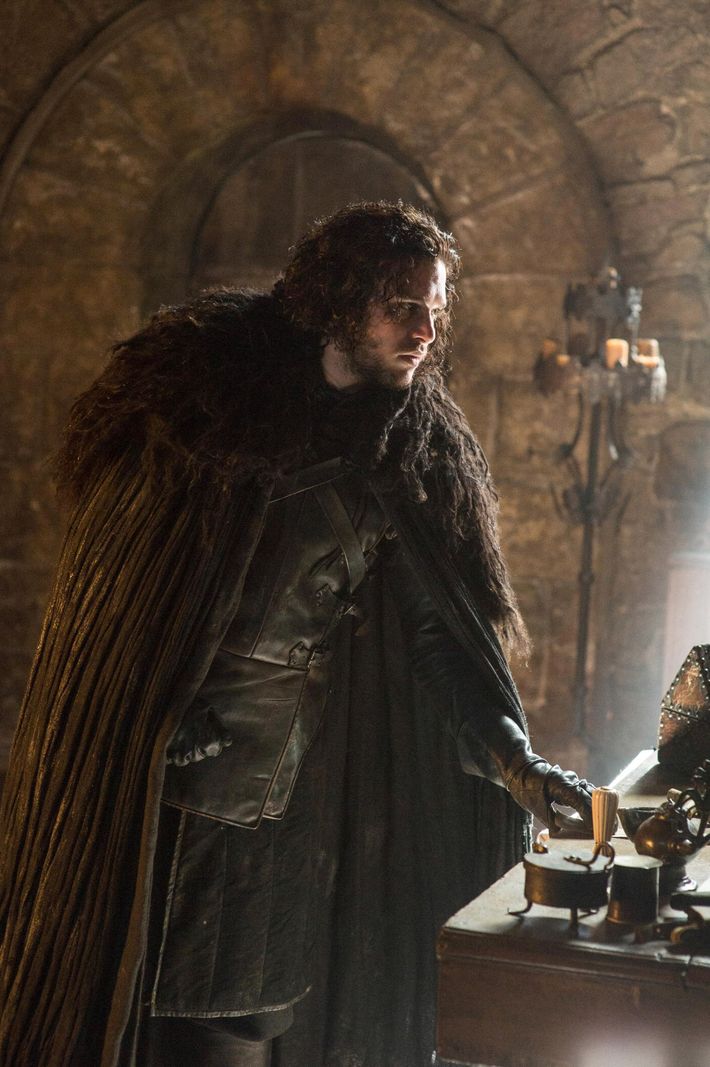 cannes 2020 13 mins ago
How Each Major Film Festival Is Responding to the Coronavirus The tiny Telluride Film Festival announced it was forging ahead with this year’s edition.
By Nate Jones
last night on late night 18 mins ago
Jimmy Fallon Apologizes Again for Blackface SNL Sketch: ‘I’m Not a Racist’ He later interviewed Don Lemon, who said his words were “very honest and brave.”
last night on late night 9:30 a.m.
Amber Ruffin Opens Up About Her Experiences With Racist Police “Black people leave the house every day knowing that at any time, we could get murdered by the police. It’s a lot.”
tv 1:39 a.m.
Glee’s Samantha Marie Ware Says Lea Michele Made Working on Show ‘Living Hell’ The actress says Michele’s treatment of her “made me question a career in Hollywood.”
tiger king 12:41 a.m.
Carole Baskin Awarded Joe Exotic’s Oklahoma Exotic Animal Zoo As part of the million-dollar trademark suit depicted in Netflix’s Tiger King.
george floyd Yesterday at 10:25 p.m.
Boxer Floyd Mayweather to Pay for George Floyd’s Funeral Floyd’s family accepted the boxer’s offer to cover the cost of his burial and memorial services.
overnights Yesterday at 10:00 p.m.
Below Deck: Mediterranean Season Premiere Recap: Same Sh*t, Different Yacht The Wellington may be new, but this is already shaping up to be another season of the same Below Deck: Med we know and love.
controversies Yesterday at 9:26 p.m.
Louis Vuitton’s Virgil Abloh Apologizes Following Protest Comments Backlash The luxury designer was also criticized for appearing to donate only $50 to the cause.
apps Yesterday at 7:06 p.m.
Grindr to Remove Ethnicity Filter Out of Respect for Black Lives Matter “We will not be silent, and we will not be inactive.”
vulture lists Yesterday at 6:25 p.m.
All the New Protest and Benefit Music Released in Response to Police Brutality Including songs from LL Cool J, cupcakKe, and Denzel Curry.
By Justin Curto
black lives matter Yesterday at 6:07 p.m.
Cole Sprouse Arrested and Zip-Tied During George Floyd Protest “This is precisely the time to contemplate what it means to stand as an ally. I hope others in my position do as well.”
the replacements Yesterday at 5:44 p.m.
Wanted to See The Green Knight? Try These 5 Movies Instead Macbeth, Legend, Monty Python, and more.
the coronavirus Yesterday at 4:58 p.m.
The Metropolitan Opera Cancels All Remaining 2020 Performances The company remains hopeful that a New Year’s Eve show can occur.
why Yesterday at 4:52 p.m.
We Listened to ‘The Breakfast Club’ Talk With Rush Limbaugh So You Don’t Have To The radio hosts attempt to bridge a gap no one wants to walk over.
overnights Yesterday at 4:38 p.m.
Killing Eve Season Finale Recap: Do You Ever Think About the Past? Where did Killing Eve lose its way?
some good news Yesterday at 3:57 p.m.
Ariana Grande Gets Her 4th No. 1 Debut With ‘Rain on Me,’ Breaking Record Gaga also becomes the third artist to top the charts in each decade of the 21st century.
instagram Yesterday at 3:15 p.m.
Lana Del Rey Posts Looting Video on Instagram, Gets Called Out by Kehlani Del Rey of recently dated a cop fame.
chat room Yesterday at 3:08 p.m.
Malia White Wouldn’t Be Below Deck’s First Female Bosun Without Captain Sandy Below Deck: Mediterranean’s new bosun talks returning to the series, quarantine, and sexism in yachting.
now streaming Yesterday at 3:00 p.m.
New on Disney+: June 2020 Avengers: Infinity War, Schoolhouse Rock, and more.
two friends Yesterday at 1:30 p.m.
Roy Wood Jr. and Jimmy O. Yang Barely Survived Middle School Both encountered their fair share of bullies.
More Stories