Despite frequent lip-service toward diversity, a new study from the Director’s Guild of America finds that television, like most industries, prefers to let white men get their foot in the door before everybody else. In a five-year study, the DGA examined the 479 people who directed their first television episode between the 2009–‘10 and 2013–‘14 TV seasons and found that the pool was 87 percent white and 82 percent male. (The U.S. as a whole is 75 percent white and 49 percent male.)

The DGA’s sampling of first-time directors was intended as a survey control for experience. “Even when hiring first-timers, the studios and executive producers are making choices that show they don’t actively support diversity hiring,” DGA vice-president Betty Thomas said in a statement. “First-time TV directors are new to the game and come from all areas of the industry including film school — so why is a woman or minority any less qualified than anybody else?”

And, since most people who direct TV are people who have directed TV before, this lack of diversity in first-time directors will likely be reflected in the profession as a whole. In the words of DGA president Paris Barclay, the first person of color to head the guild, “Without change at the entry level — where women and minority directors get their first directing assignment — it’ll be status quo from here to eternity.”

The DGA says they commissioned the study to put pressure on producers to actually walk the walk when it comes to diversity. “Most of the industry claims to want a more diversified directing workforce,” said Thomas, who also co-chairs the guild’s Diversity Task Force. “Here’s their chance. It could all start here.” 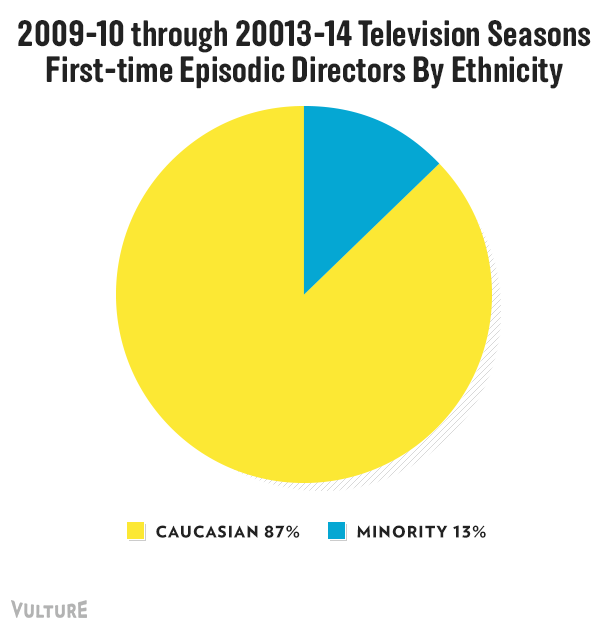 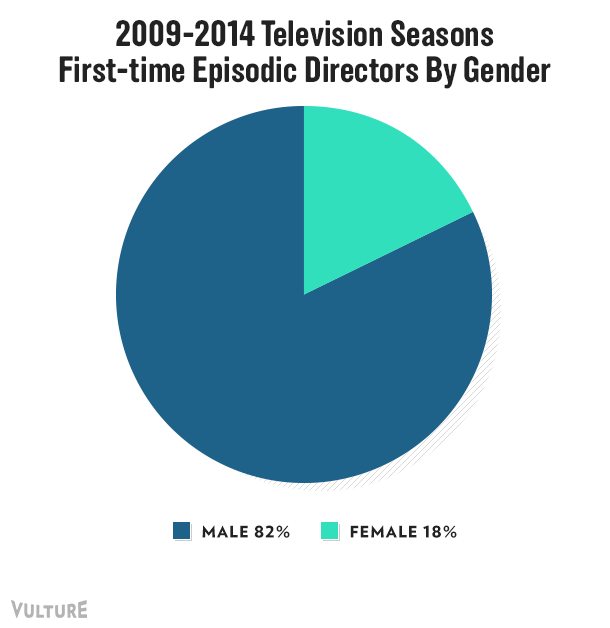 overnights 6:00 a.m.
Only Murders in the Building Season-Premiere Recap: A Whole New Direction The Only Murders crew will have to clear their names if they want to reap the rewards of renewed relevance and newfound notoriety.
everybody loves puppets! 1:45 a.m.
Jim Henson’s Creature Shop Will Puppetize My Neighbor Totoro For a Royal Shakespeare Company stage adaptation of the Hayao Miyazaki film.
my single is dropping Yesterday at 10:37 p.m.
Don’t Expect a Music Video for Cardi B’s Collab With Ye and Lil Durk “I just don’t feel like doing too much this time around because I’m just exhausted with everybody.”
overnights Yesterday at 10:00 p.m.
Irma Vep Recap: Too Many Ghosts Mira feels dangerously adrift as René places the burden of carrying the series on her.
celebrity response Yesterday at 7:50 p.m.
Celebrities Respond to the Supreme Court’s Overturning of Roe v. Wade Celebrities including Viola Davis, Taylor Swift, and Michelle Obama respond to the Supreme Court’s decision.
overnights Yesterday at 7:28 p.m.
The Bear Recap: Say Matte! Exploding toilets, bad breakers, and parking lot coke deals knock The Original Beef gang down but not out.
obits Yesterday at 7:05 p.m.
Andy Fletcher, Depeche Mode’s Keyboard Savant, Dead at 60 The band confirmed that his “untimely passing” came after an aortic dissection.
mental health Yesterday at 6:42 p.m.
Machine Gun Kelly Got Sober for Megan Fox and His Daughter “I was like, ‘I need to kick the drugs for real this time,” he says in his new documentary.
emmy insider Yesterday at 6:30 p.m.
‘What Will I Do Without That Guy?’ As the end of Better Call Saul approaches, Giancarlo Esposito wants more time with Gus Fring.
the festival circuit Yesterday at 5:23 p.m.
Lorde, Clairo, and Arlo Parks All Got ‘Stoned at the Nail Salon’ A very brief appreciation of Lorde’s “Stoned at the Nail Salon (Glastonbury Version).”
waystar royco Yesterday at 4:52 p.m.
Has Succession Season 4 Started Production? Uh-huh. It’s filming in New York City.
if i can stream Yesterday at 4:37 p.m.
The New Elvis Channel Will Have Fans All Shook Up Sadly, Lilo & Stitch isn’t part of the free Presley programming.
vulture lists Yesterday at 4:00 p.m.
Every Tom Hanks Movie, Ranked Where does Elvis fall in the Tom Hanks canon?
power Yesterday at 3:50 p.m.
Everything to Know About the WNBA Star in Russian Custody After her months in detention, Brittney Griner’s trial will begin on July 1.
trust fund vigilantes Yesterday at 3:32 p.m.
Christian Bale Has His Batsuit on Standby Christian Bale promised to return as Batman if Christopher Nolan calls.
depply untrue Yesterday at 3:20 p.m.
Jack Sparrow Isn’t Coming Back for Pirates Under oath, Sparrow is no more (at least onscreen).
the festival circuit Yesterday at 3:00 p.m.
A Wellies-Free Review of Glastonbury 2022 When you can’t go to England’s biggest festival in person, you dance at home alone to Yves Tumor and order Goan fish curry for delivery.
mushroom court Yesterday at 2:54 p.m.
Vic Mensa Pleads Guilty to Possession of ’Shrooms, Sort Of Let the fun guy have his fungi.
vulture lists Yesterday at 2:30 p.m.
The Least Historically Accurate Music Biopics Ever Made From Amadeus to Bohemian Rhapsody, here are ten movies that treated the truth as mere suggestion.
heartbreak hotel Yesterday at 1:34 p.m.
What to Watch While Coming Down From Elvis Movies, documentaries, and TV shows to watch after Baz Luhrmann’s megamusical about the King.
More Stories