Vulture is speaking to the screenwriters behind 2014’s most acclaimed movies about the scenes they found most difficult to crack. Which pivotal sequences underwent the biggest transformations on their way from script to screen? Today, writer-director Jon Favreau discusses the late scene in his movie Chef where his character Carl tells his son Percy (played by young actor Emjay Anthony) that their summer of working together on the food truck has come to an end. The scene is then excerpted below.

On big movies, you sometimes have one day to shoot a scene, but on a little movie like this one, we had scheduled our whole Austin shoot to take place in one day. A lot of the Austin stuff was B-roll that turned into entire scenes, because I had discovered that I needed certain moments, so what was meant to be a one-scene day with driving shots ended up being a three-scene day with live musical performances.

The scene that changed the most was the one we’d scheduled for that day, where my character and his son are sitting on top of the food truck, saying good-bye. It was the most emotional scene Emjay had done because it was also the last scene of the movie shoot — when I say to him, “Your summer’s over and we’re not gonna be having fun like this anymore,” it was also about the summer we had spent together, since it was his first big part in a movie like that. There was no time to do playback on the scene and after it was done, everybody was saying, “Great job, great job,” but John Leguizamo was still there and he was the only one who said, “I think the kid could give you more.” Legs is an experienced actor, writer, and filmmaker, and we had a level of trust there from working on the movie — he’s a dad, too. Sure enough, the kid had a higher gear. I don’t know what he thought about — I said, “Whatever it is that makes you feel sad, you’ve got to go to that place” — but lo and behold, this little 10-year-old guy, real tears start to come out. So on top of this logistical nightmare of a day that was far too ambitious, we ended up getting every single thing I hoped for.

A lot of this started when I showed the script to Dustin Hoffman, when we were discussing doing the movie together. I thought we would meet and talk about his role and rehearse, and what he brought up was Kramer vs. Kramer and how the scenes with the kid reminded him of that film. It surprised me, because I thought we’d be talking about the relationship between our characters, and he talked about the relationship between the father and the son. That caused me to go back and watch Kramer vs. Kramer again, which I guess I hadn’t seen in decades, and sure enough, there were a lot of clues in there about the relationship between a son and a father who’s ill-prepared to serve in that role, but becomes an expert parent. There are a lot of really subtle things in that film that helped inspire the arc between my character and the son, and the fights they have and that scene on top of the truck at the end, those were all informed by reexamining the script from the perspective of a father-son story. That ended up being the part I’m most proud of. 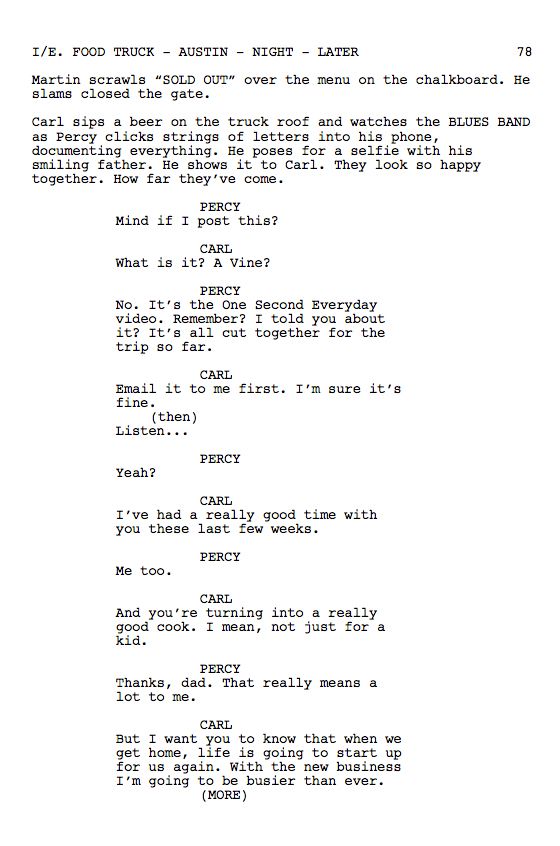 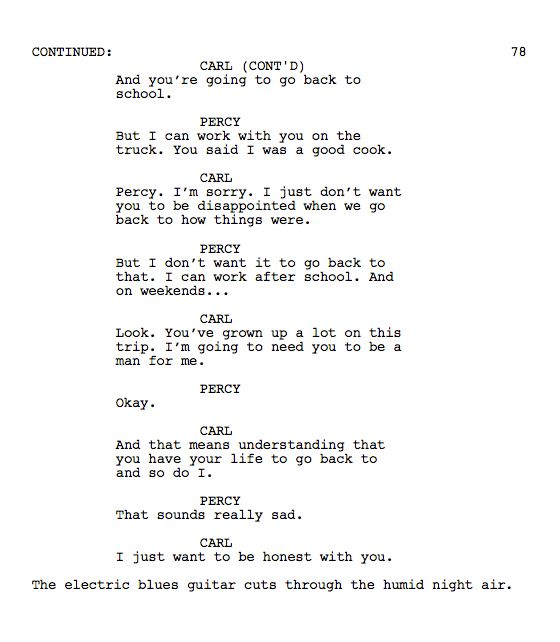 summer preview 761 seconds ago
36 Albums We Can’t Wait to Hear This Summer From Lizzo to Maggie Rogers.
By Michelle Hyun Kim
crime 9 mins ago
Kevin Spacey Charged With 4 Sexual Assault Counts in U.K. The charges came down while he was in a New York courtroom for a separate sex-abuse case.
vulture 10x10 12:00 p.m.
The Solo Puzzle 15-Across, Five Letters: Much-admired celebrities.
vulture recommends 11:03 a.m.
Jack Reacher Was the Beginning of a Beautiful Blockbuster Friendship Tom Cruise broke Christopher McQuarrie out of “director jail” and found a kindred creative spirit.
overnights 11:00 a.m.
Under the Banner of Heaven Recap: Heavenly Father Resides in Them Allen Lafferty’s story is one of tragic failure.
cannes 2022 10:44 a.m.
In Elvis, There’s No Business Like Baz-ness Why have only one montage when you can edit another montage inside that montage?
By Nate Jones
overnights 10:30 a.m.
Hacks Recap: Sexual Awakening Hacks’ Rocky training montage episode is here, and she’s perfect.
overnights 10:00 a.m.
The Kardashians Recap: Cover Girls The glamorous life leaves the Kardashians wanting more.
'and it's all true...' 10:00 a.m.
Where Does the Abortion Thriller Go From Here? Movies like Happening turn the terrible consequences of restricted access into the stuff of dramatic tension. Are they trying to do the impossible?
By Alison Willmore
theater 9:51 a.m.
Encores!’s Into the Woods Will Have an Encore on Broadway Sara Bareilles’s Baker’s Wife will return, alongside some newcomers.
overnights 9:30 a.m.
Hacks Recap: Girlbosses Go to the Fair A warmer, fuzzier episode explores Deborah’s regrets about choosing her career over everything (and everyone) else.
appreciations 9:30 a.m.
The Standard-Setting Beauty of Live in Crenshaw Lil Rel Howery’s 2019 stand-up special shows that when a special looks distinctive, the comedy feels that way too.
By Kathryn VanArendonk
overnights 9:00 a.m.
The Flight Attendant Season-Finale Recap: Suspicious Minds Despite the chaotic pace and occasionally incomprehensible narrative, Cassie’s journey had an emotional core that kept us coming back for more.
summer preview 9:00 a.m.
20 Movies We Can’t Wait to See This Summer From a new Cronenberg body horror to a stealth Predator sequel to Marcel the Shell With Shoes On.
By Vulture Editors
overnights 12:44 a.m.
Survivor Season-Finale Recap: A Weird, Wonderful Ending The finale provides a feel-good ending to a stellar season of Survivor.
last night on late night 12:37 a.m.
The Tonight Show: Jon Hamm Always Commits to the Bit From “Hamm & Bublé” to this Tonight Show clip.
overnights Yesterday at 10:45 p.m.
The Real Housewives of Beverly Hills Recap: The Dark Crystal Crystal is at her breaking point.
very special episodes Yesterday at 7:48 p.m.
Stop Asking for a School-Shooting Episode of Abbott Elementary Just watch the Glee episode instead.
trial run Yesterday at 6:27 p.m.
Josh Duggar Sentenced to 12 Years in Prison He also has to pay a $50,100 fine.
my single is dropping Yesterday at 6:02 p.m.
Sky Ferreira Didn’t Forget, Drops First Single in More Than 3 Years “Don’t Forget” is the latest offering from her long-delayed second album, Masochism.
More Stories