Vulture is speaking to the screenwriters behind 2014’s most acclaimed movies about the scenes they found most difficult to crack. Which pivotal sequences underwent the biggest transformations on their way from script to screen? Today we tackle Foxcatcher, where the wealthy, dangerous John du Pont (Steve Carell) tangles with wrestler Mark Schultz (Channing Tatum) and his brother Dave (Mark Ruffalo) as he tries to assemble a world-class wrestling team at his estate. Since director Bennett Miller worked at separate times on the screenplay with writers E. Max Frye and Dan Futterman, we spoke to both men about the toughest scene they wrote, and each scene is excerpted below.

E. Max Frye: When I came onto the project, Bennett had all this material: a hundred hours of interviews with wrestlers, photographs, public-domain documents, police reports, all kinds of stuff. The question was really, where do we start in this story, since we kind of knew where we wanted to end it? Bennett told me about a scene he wanted to do where Mark is talking in front of a bunch of schoolkids, and we talked about that for a long time. In his head, he knew what he wanted and what he didn’t want, so coming into the movie as I was, that was the first thing I had to tackle.

It became the hardest thing I had to do because I had to really discover who Mark was as a person first, and I had to hear his voice. That took me … oh my God, so many drafts, and so much time to pull that together in a way I needed to in order to move on and write the rest of the script. I had to find the character before I could do anything else — that, to me, was essential, and proved to be as hard as anything in my contribution to the screenplay. Once I have the first scene, I know what the character is going to to do next.

Dan Futterman: I’ll say one thing about the scene that Max is talking about: What I love about what Max did with it is that it so beautifully sets up Mark’s innocent guilelessness and his lack of ability to read his audience, which continues through the movie. It’s not only finding his voice, it’s locating how difficult a time Mark has navigating the world. You get that immediately. 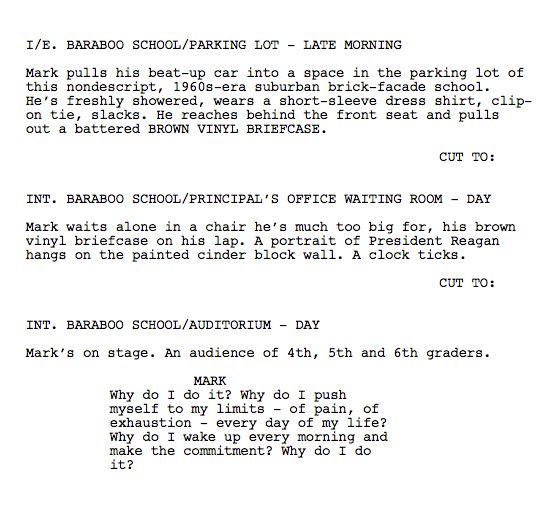 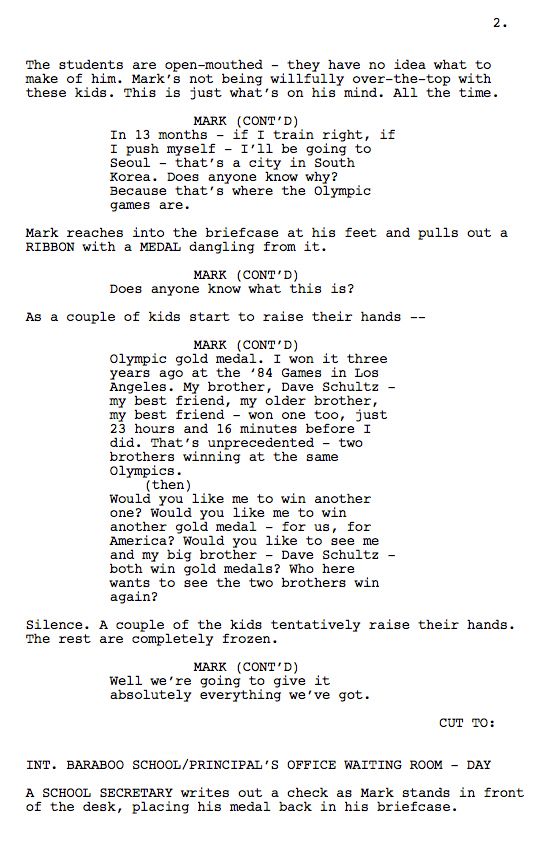 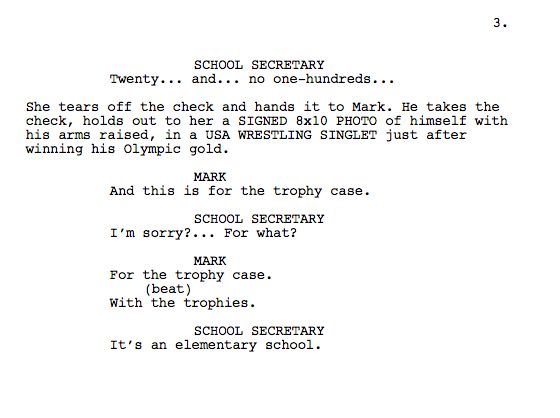 There were a lot of iterations of the scene where Dave tells du Pont that Mark will need to be paid even after he leaves Foxcatcher, and I think Max had written an iteration of it as well. It was important to set up the ending, which kind of tumbles out from that scene. Importantly, Dave is being pulled in two directions: He’s trying really hard to deal diplomatically with du Pont while also protecting his brother. The real problem in the scene is that du Pont and Mark are the ones who have a problem with each other, but they don’t speak — they have proxies doing it for them, Dave and Stan Beck.

You hear about the issues through them while du Pont and Mark sit in silence, and Dave is vocally challenging du Pont for the first time. It’s the moment du Pont realizes that he has not successfully bought Dave. At the same time, Mark is trying to get Dave to leave Foxcatcher with him, and Dave says, “I’m not leaving. I’m staying here, but I will take care of you.” Dave gets du Pont to take care of him, but what he has to give du Pont is the right to be in Mark’s corner — which dooms Mark’s chances in the Olympics, and all of their fates are sealed.

It was a really pivotal scene, and we didn’t want to club anybody over the head with exactly what was going on, but there are very subtle threats that are happening in that scene that have to be both apparent and quiet enough not to create too much of a stir.

Frye: I think Dan and I are very well-versed not only in Bennett’s process but in how movies are made in Hollywood, and there can be multiple writers on a project. We understand that scripts are a blueprint and a jumping-off place. You can watch the film and go back and look at your original script and say, “Oh, there’s the essence of that scene,” though it may not be in the same location, or even with the same characters. When Bennett’s process works well, it’s fantastic, and I don’t have a problem with it. Movies are collaborative — that’s part of the deal — and I try not to be possessive or guard my work in any way, even to myself. In a case like this, where you’ve got the talent that Bennett assembled and everybody brings their A-game, it’s fantastic to see the results of that. 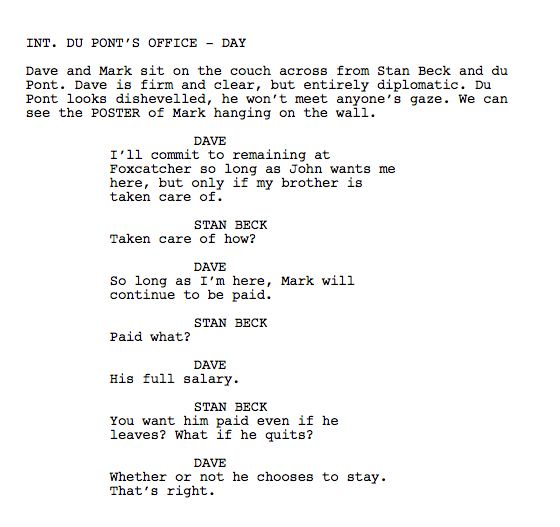 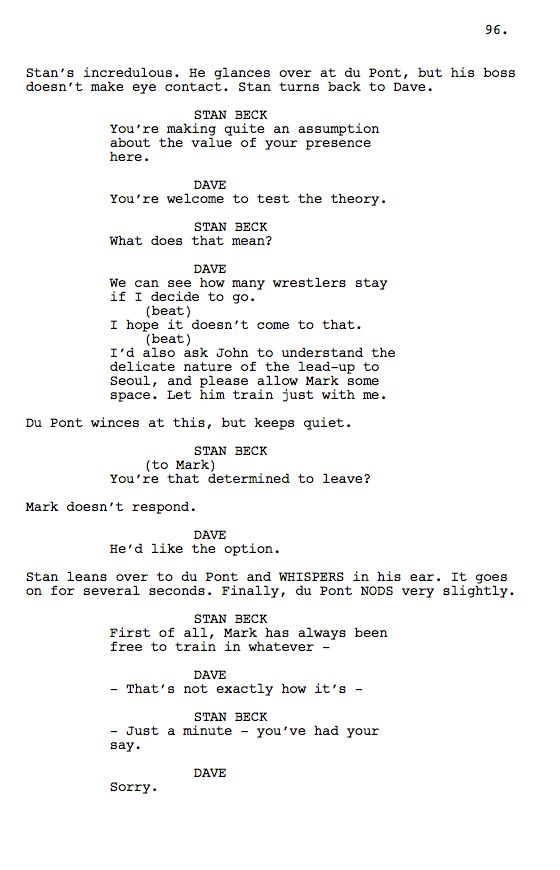 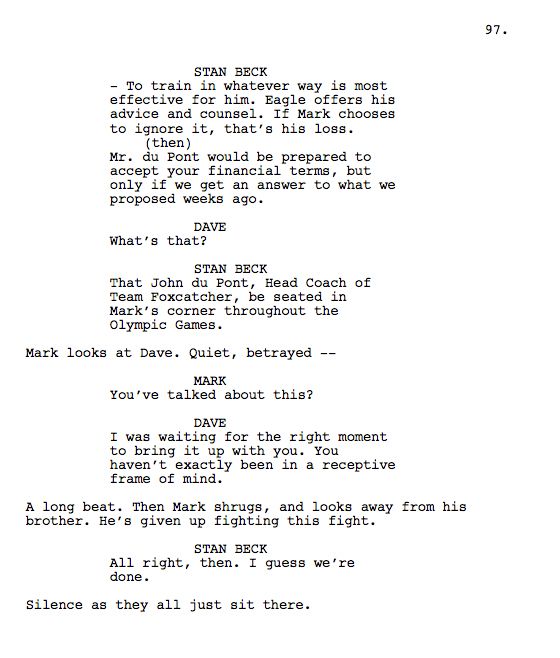 da vinki?! 28 mins ago
The Da Vinki Twins Finally Saw the Mona Lisa But does the Mona Lisa see them right back?
palme d’or 4:50 p.m.
Triangle of Sadness Takes Home Pepto and Palme d’Or at Cannes Film Festival Director Ruben Östlund’s second Golden Leaf award.
overnights 3:56 p.m.
Stranger Things Midseason-Finale Recap: Escape Plans The midseason finale provides big satisfying answers while also leaving us with several questions to mull over while we wait for Volume 2.
vulture investigates 10:00 a.m.
Where Is Manny Jacinto in Top Gun: Maverick? Does Tom Cruise hate Jake Jortles? An investigation.
movie review 9:00 a.m.
Vengeance Is Mine, a Blast from an Unknown Past, Arrives in Theaters Originally made in 1984, Michael Roemer’s riveting family drama is finally getting a theatrical release.
By Bilge Ebiri
cannes 2022 7:00 a.m.
The Best Movies at Cannes Broke Through the Bleakness The film festival was full of doomed protagonists, graphic murders, and children driven to crime. But a handful of movies were hopeful, too.
that was quick Yesterday at 11:52 p.m.
Matthew Morrison Is No Longer Judging So You Think You Can Dance Because he “did not follow competition production protocols,” whatever that means.
tragedy Yesterday at 9:53 p.m.
Obi-Wan Kenobi Adds Content Warning in Light of Texas School Shooting After Stranger Things recently put a similar message on the first episode of its fourth season.
gilead girl Yesterday at 8:22 p.m.
Alexis Bledel Won’t Appear in Season 5 of Hulu Reality Show Wait, no, The Handmaid’s Tale is supposed to be a dystopian drama.
overnights Yesterday at 7:36 p.m.
RuPaul’s Drag Race All Stars Recap: Fortune Favors the Queen Queens are scheming and plotting.
summer preview Yesterday at 6:56 p.m.
17 Books We Can’t Wait to Read This Summer With new releases from Akwaeke Emezi, Ottessa Moshfegh, Mecca Jamilah Sullivan, Mohsin Hamid, and more.
By
cinephile tea Yesterday at 6:17 p.m.
Viggo Mortensen Accuses Pedro Almodóvar of Being Bitter, Almodóvar Responds What is Cannes Film Festival without someone starting drama for no reason.
survey says Yesterday at 5:31 p.m.
What Do Comedians Think of (the Non-Joke Parts of) Stand-up Specials? Here are insights from 39 of them.
By Hershal Pandya
explainers Yesterday at 5:27 p.m.
The Bullying Allegations at the Center of HYBE’s Next Big K-Pop Group, Explained After Korean forums accused Kim Garam of bullying, the internet was aflame.
overnights Yesterday at 4:12 p.m.
Stranger Things Recap: The Shire Is on Fire We (mostly) love Steve getting his big hero moment in the penultimate episode of Volume 1.
follow friday Yesterday at 4:06 p.m.
Michael Bonfiglio Wants to Tell You a Story We chatted with the director about the art of the stand-up comedy special — and, naturally, hummingbirds.
now streaming Yesterday at 4:00 p.m.
What’s Leaving Netflix: June 2022 Lady Bird, Criminal Minds, My Fair Lady, and more.
overnights Yesterday at 2:47 p.m.
Obi-Wan Kenobi Recap: Second Chances What feels a bit like Taken in space pivots to “John Wick: Chapter 2 in space” territory — and it works!
still learning Yesterday at 1:58 p.m.
Isaiah Rashad Comes Out as ‘Sexually Fluid’ in First Interview About Sex Tape “I’m not in full control of, when I walk into a room, of who I’m attracted to,” he told Joe Budden.
overnights Yesterday at 1:31 p.m.
Stranger Things Recap: This Old House We get a little haunted-house movie in the middle of Stranger Things!
More Stories