In a recently unearthed letter (remember those?) written by Tupac to his friend Big Lock, the rapper describes plans he has to create a group album called One Nation with the likes of Greg Nice, Buckshot, Smif-n-Wessun, Outkast, the Outlawz, Scarface, and E-40. Okayplayer confirmed the letter’s authenticity with Questlove, who said that the Roots had also been asked to participate in the project. It’s too bad we never got to see what would have come of such a collaboration, but one thing’s for sure: Biggie probably wouldn’t have been a part of it. In reference to his album sales (probably of All Eyez on Me), he wrote, “I’m tearin’ B.I.G. a new ass! :)” 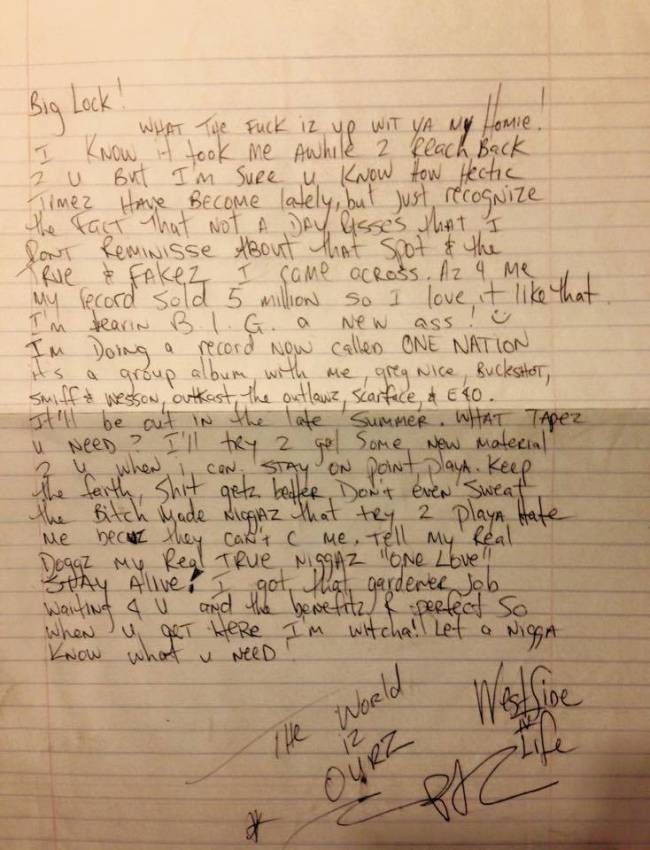 +Comments Leave a Comment
Tupac Wanted to Collaborate With Outkast