Give this woman The Daily Show. Photo: Larry Busacca/Getty Images

With Jon Stewart leaving The Daily Show, our attention now of course turns to who should take over the show. It seems like we’ve been thinking about late-night shuffles an awful lot in the last few years or so, with Seth Meyers replacing Jimmy Fallon (replacing Jay Leno); Larry Wilmore replacing Stephen Colbert, and Colbert replacing David Letterman; James Corden replacing Craig Ferguson; Chelsea Handler leaving her show; and John Oliver getting his own — round and round and round we go.

So who’s next? TDS has some home-grown possible replacements, but there are people from outside the Stewart network, too.

Hari Kondabolu
There aren’t a lot of stand-up comedians with master’s degrees in human rights from the London School of Economics, but there is one. And he does seem like a great fit for TDS’s brand of wonkiness. Kondabolu broke out on Totally Biased With W. Kamau Bell, and his 2014 album Waiting for 2042 is fantastic. Even more essential than being funny, a new TDS anchor has to have something to say, and Kondabolu does — generally about race, but also about all kinds of social justice issues.

Samantha Bee
She’s the longest-running Daily Show correspondent ever, so she’s doing something right. We’re also going into an election season, and Bee’s political coverage in particular (like her “choice” video from the 2008 Republican convention) is exactly what we need to shepherd us through another miserable cycle. Save us, Samantha Bee. Save us from ourselves. 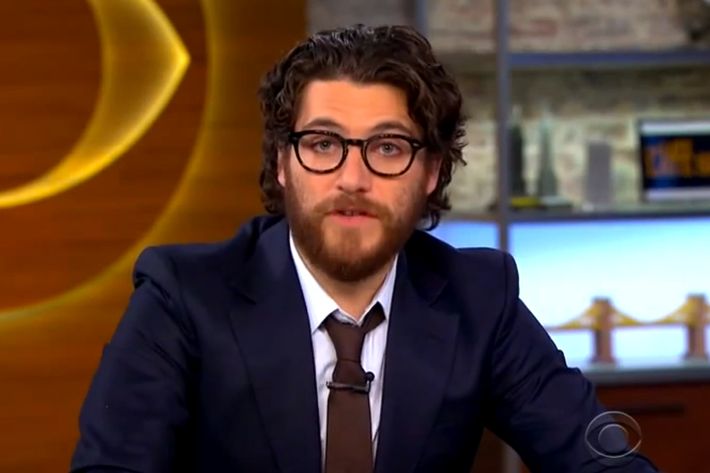 Adam Pally
Or maybe it’s time for TDS to turn over a new leaf completely and step away from its current politics-and-media model of ridicule and shift some of that attention to celebrity and media. (After 17 years of pointing out how dumb and shitty cable news is, and how hypocritical and shitty politicians are, and how dumb and hypocritical and shitty basically everything is … is there anything left to say?) Pally’s recent Late Late Show gig was dazzlingly odd and outside of the staid late-night samey-samey mold, and his combo of charm and smarm is what Comedy Central is basically built on.

Bassem Youssef
He’s already “Egypt’s Jon Stewart.” Why couldn’t he be America’s next Jon Stewart? His recent TDS segment proves he could be. Let us never be without a good old eyebrow waggle.

+Comments Leave a Comment
Who Should Take Over The Daily Show?