If Jason Momoa has his way, he’ll be the Gavrilo Princip of the 21st century’s bloodiest comics war. The new Aquaman was visiting Indiana Comic-Con when he was reportedly approached by a fan and asked to send a message to “the DC haters,” who are, apparently, legion. His response, in unexpectedly sharp handwriting: “Fuck Marvel.” And just like that, the fragile peace that’s held together the comics community for years seems poised to break into all-out war. Abandon all message boards and comments sections, this is not a drill. 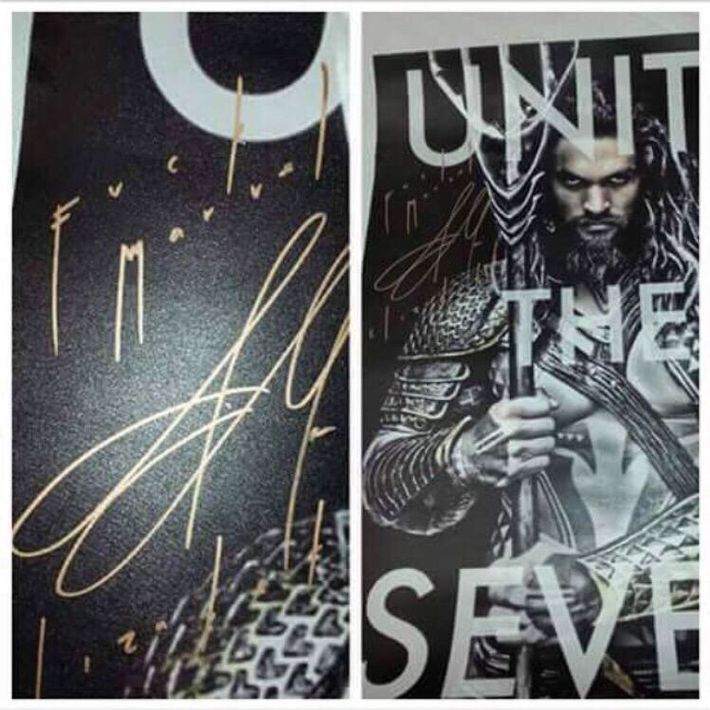 now streaming 7:30 p.m.
The 30 Best Action Movies on Hulu Right Now Mission: Impossible - Fallout, Bumblebee, Akira, and more.
planet earth 5:25 p.m.
The 12 Best Nature Documentaries on Discovery+ The Planet Earth channel is its hidden gem.
overnights 5:06 p.m.
RuPaul’s Drag Race U.K. Recap: Rats Off Fans of Rusicals and runway reveals, this is your episode.
black pumas 4:01 p.m.
Fall Deeper in Love With Black Pumas, Inauguration and Grammy Showstoppers The Austin band performed for President Joe Biden on Celebrating America last night.
westeros 3:52 p.m.
Game of Thrones Is Getting a Buddy Dramedy Prequel With Tales of Dunk and Egg A knight, a squire, and another HBO show.
buffering 3:30 p.m.
Do Netflix’s Financials Finally Make Sense? The company’s latest earnings report was full of positive news.
crime 3:15 p.m.
Megan Thee Stallion Says Tory Lanez Charges Weren’t Dropped: ‘You Going to Jail’ The rapper had to debunk false reports about the case against Tory Lanez on Twitter.
joechella 2:09 p.m.
The Jarring Spectacle of Having an Administration Worth Singing for Again As much as Inauguration Day hinted at the apparent end of a painful era, Celebrating America also seemed to say, “People like us!”
By Craig Jenkins
music videos 1:33 p.m.
Billie Eilish and Rosalía Haunt the New Euphoria Track ‘Lo Vas a Olvidar’ Watch them and their deadly acrylic nails in the moody music video.
bachelor nation 1:02 p.m.
Clare Crawley Found Out About Her Broken Bachelorette Engagement When We Did “The truth is I am crushed,” she wrote about trash man Dale Moss.
inauguration day 1:00 p.m.
Demi Lovato Heralds a ‘Lovely Day’ on Celebrating America With the help of health-care workers and — surprise! — Lin-Manuel Miranda.
the festival circuit 11:56 a.m.
Glastonbury 2021 Canceled, But American Festivals Still Set on Fall Returns Governors Ball, Pitchfork, and even Coachella have made recent moves toward fall.
we did it jojo 11:49 a.m.
What Could JoJo Siwa’s “Born This Way” TikTok Possibly Mean? Fans think the 17-year-old rainbow-lover came out on TikTok.
overnights 11:45 a.m.
The Challenge: Double Agents Recap: Another Round Everyone is just performing at this point!
my single is dropping 11:26 a.m.
Lil Wayne, Who Actually Has Plenty of Time Now, Drops New Song ‘Ain’t Got Time’ Wayne tweeted a thank-you to Trump shortly after releasing the song.
vulture bets on berry 11:20 a.m.
A Hopeful America Deserves Matt Berry As Cranberry Spokesperson This is the only path forward for us as a country and for the world.
shondaland 11:01 a.m.
Bridgerton Renewed for Season Two, With Anthony As Its Star Suitor The man can wear a hat.
role call 10:38 a.m.
Maryam Hassan Answers Every Question We Have About School of Rock On changing her character’s name, jamming with Jack Black, and the cast’s thriving group chat.
By Devon Ivie
the videodome 9:56 a.m.
Rivers Cuomo’s Quarantine Hair Is … Something … in This New Weezer Video “All My Favorite Songs” is slow and sad.
overnights 9:50 a.m.
The Stand Recap: Thoughts and Prayers A slightly stronger episode finally gives Alexander Skarsgård some space to feel honestly threatening, and he eats it up.
More Stories