As opposed to all the things Empire gets right about the music business, on last night’s episode, it was very clear what it got wrong. When Boo Boo Kitty decided to leave the company and take herself to a rival one, Creedmoor, everyone acted like it could be the end of Empire Records — that she could literally up and take all of her talent with her. That’s not quite how it works. These artists would all presumably have signed very thorough contracts! Either way, the Empire way of things gave us a peek into the inner workings of the boardroom — which apparently includes a fantasy-sports-esque setup. Here’s a closer look at these business-y screens:

Sure, you can keep basketballs in the boardroom (although why?), but this lineup is waaaay more basketball-pregame show than it is music industry. P.S.: Who are the Crossfadezz? 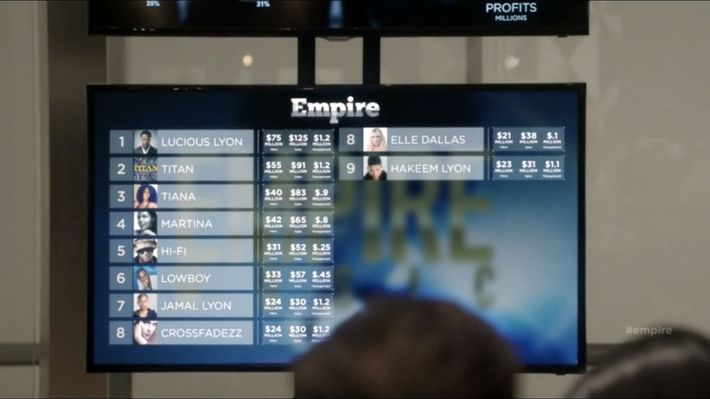 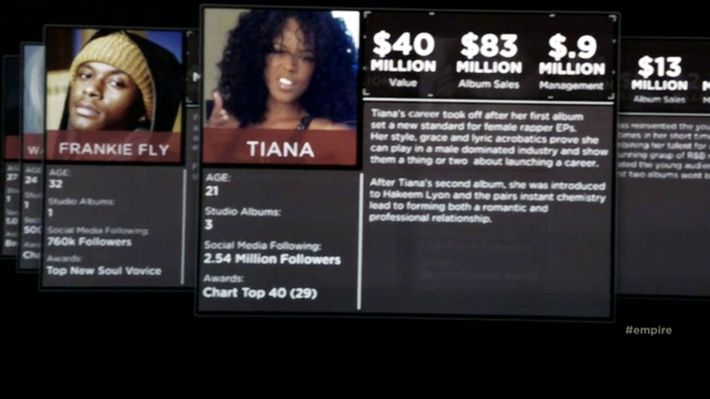 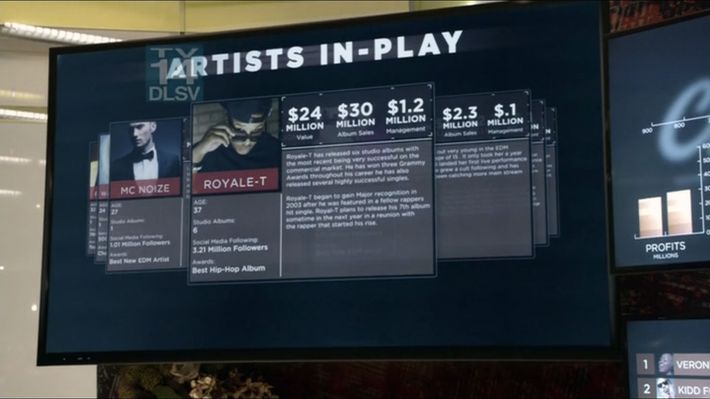 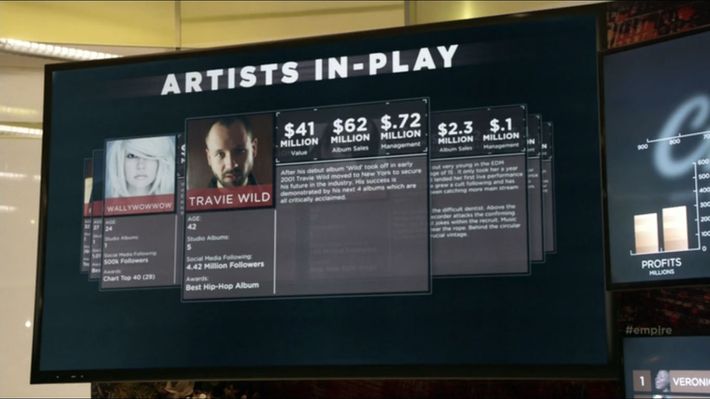 And in case you were wondering what kind of money Lucious is defending on behalf of “the family,” below are the company’s projected revenues. Both Empire and Creedmoor seem to be doing pretty well, considering that in real life, Taylor Swift’s record-setting 1989 pushed 3.66 million copies in 2014, just a fraction of the huge sales that the labels in question are showing. Both Empire and Creedmoor appear to have huge artists like Tay (who aren’t Hakeem or Jamal Lyon): 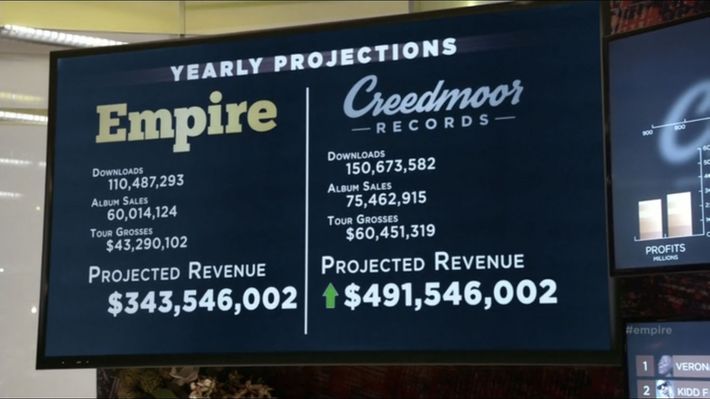 There you have it: The music industry appears to be thriving!