This week, CSI: Cyber launches right into it. There’s some sort of perilous airplane situation going on. It’s so urgent that Agent Mundo needs two phones to handle the situation. 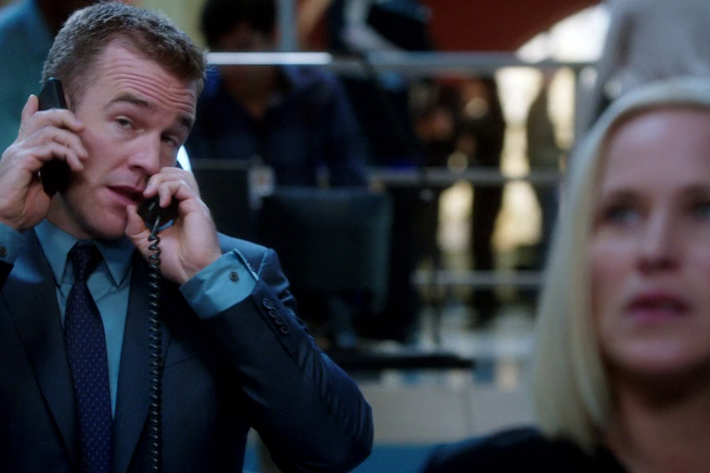 The attack has taken down the Wi-Fi on a handful of flights originating from Miami, a coordinated attack of some sort. Authorities round up the suspects on each flight, including a 16-year-old teen named Willa.

Nelson determines that each of the suspects executed a DDoS attack on the planes’ routers. “Phones aren’t supposed to be able to send that many data packets!” Mundo adds. Soon, everyone on the flight finds out that their credit card data has been stolen.

By analyzing the unique signatures in the code (why are all these genius hackers signing their code?), Krumitz figures out who’s behind all of it: l0m1s, a legendary hacker.

The FBI airlifts Krumitz to Miami to handle the situation. There’s a lot of majestic slo-mo.

Krumitz has found a common file on all of the suspects’ phones that hijacks their OS. Nelson, do you have a good analogy for this? “A custom code that gains complete control over the OS and suffocates its security features like a boa constrictor.” Sure! (???)

The virus was loaded onto all of the phones via an airport charging station. “That’s our crime scene,” Ryan says, pointing to the most boring crime scene in the universe. 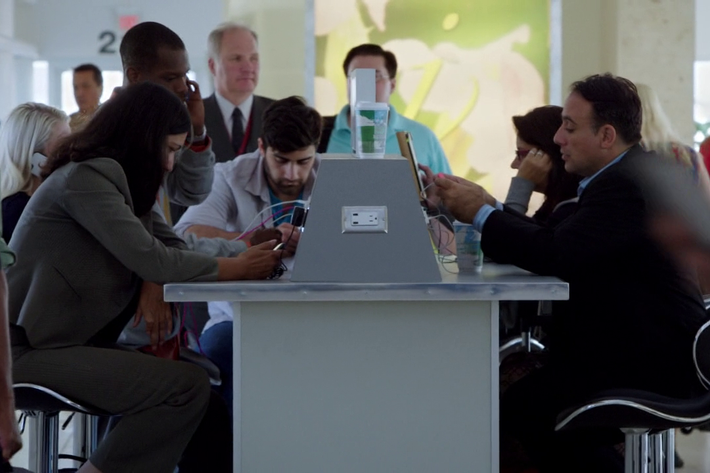 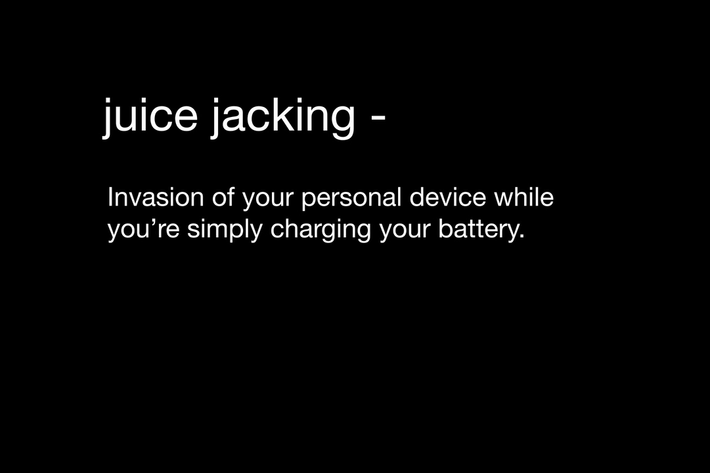 This is a practice called “juice jacking,” a very silly name for a very un-silly cybercrime. It looks like this:

And it gets worse. While clearing the terminal, which is now a crime scene, Agent Ryan stumbles across a dead body napping on a pillow covered in an enormous bloodstain. 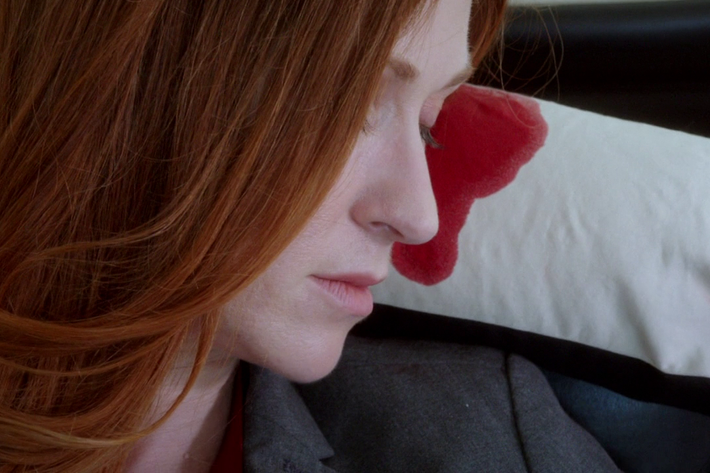 Airports have, I think, roughly 18 security guards and 4 billion cameras for every one passenger, and nobody noticed the dead body bleeding profusely? Ooooooooooooookay.

Somehow, even with all the juice jacking (still, lol) and the dead body, things get worse. l0m1s is distributing ransomware. 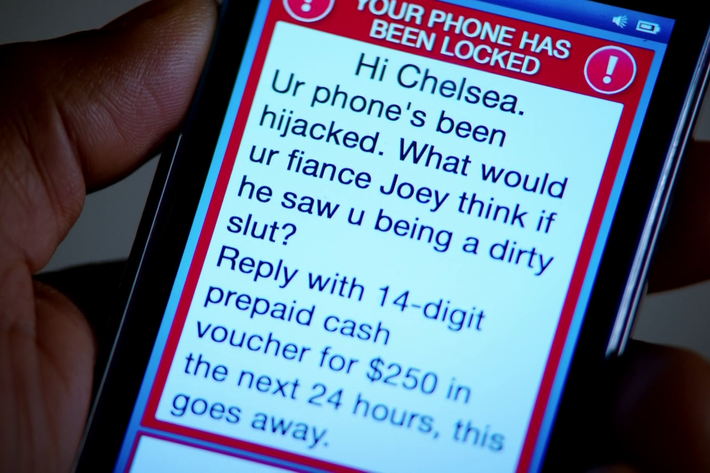 Back at the airport, security footage shows the dead woman being led away from the charging station by one of the hackers, a diversion so that the other can install the juice jacker.

The team combs through security X-rays and finds the wizard hat logos that all of the juice jackers use to show affiliation to their hacker collective. 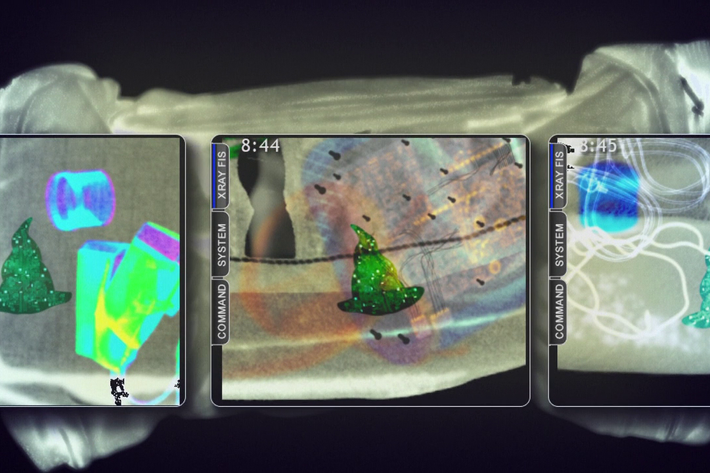 Which leads me to a larger point: All of the hackers on CSI: Cyber are vain as hell. They just can’t resist adding signatures and logos to their hacks. I’m like 99 percent sure that if hackers didn’t do that, then the bumbling nerds at C-TOC wouldn’t solve a single crime. 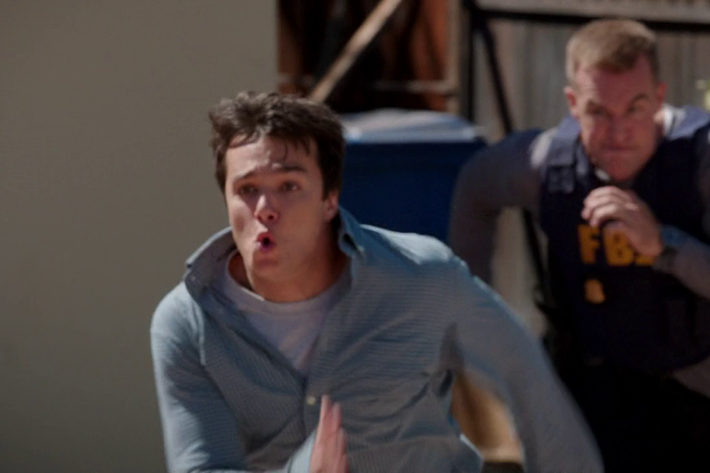 A guy who is definitely not JVDB tackles a suspect into a table. 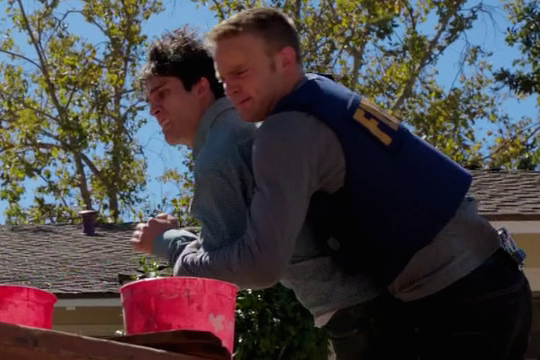 Once in custody, the hackers explain how the woman died. She ran into a bathroom door. I am not making this up.

The hackers are terrified that l0m1s, whom they only know from interacting online, will ruin their “cred.”

Mundo is so worried. 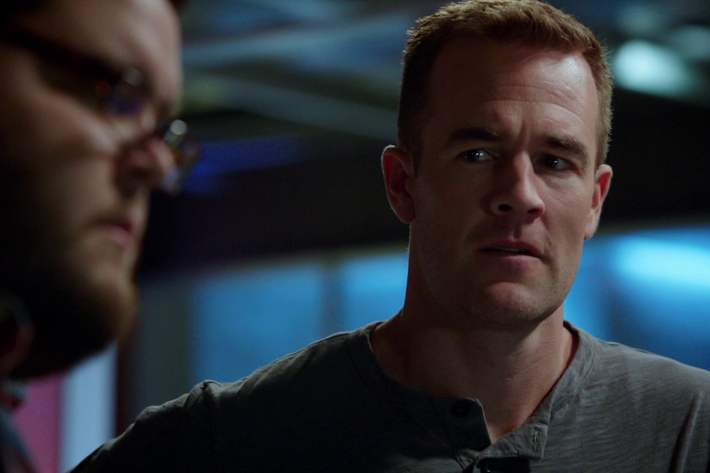 With the clock ticking down before l0m1s releases all of the victims’ private data, Krumitz figures out that l0m1s is using file time signatures pulled from the juice jacker. (Please read the preceding sentence twice because even I don’t fully comprehend it.)

Cut to: Krumitz and Ryan talking to Willa’s dad. Remember? The teen from the beginning of the episode? “This is insane! Willa’s not a hacker!” Just then, Willa walks in with a very “whoooooops, I got caught” look on her face. 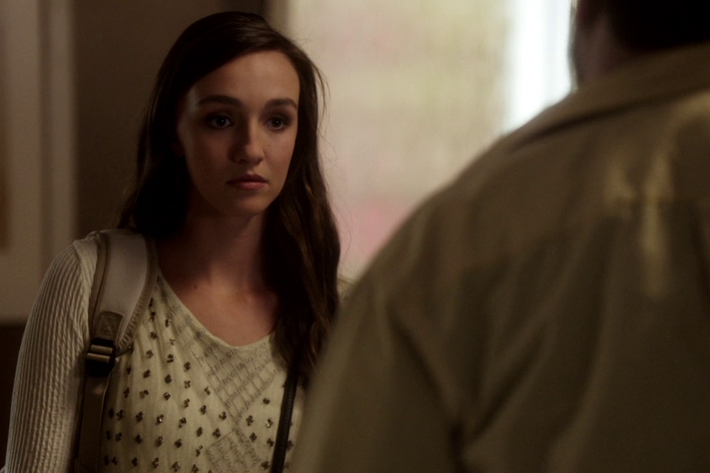 “Gotcha,” brags Krumitz, having finally bested a teenage girl with the help of the virtually endless resources of the federal government. 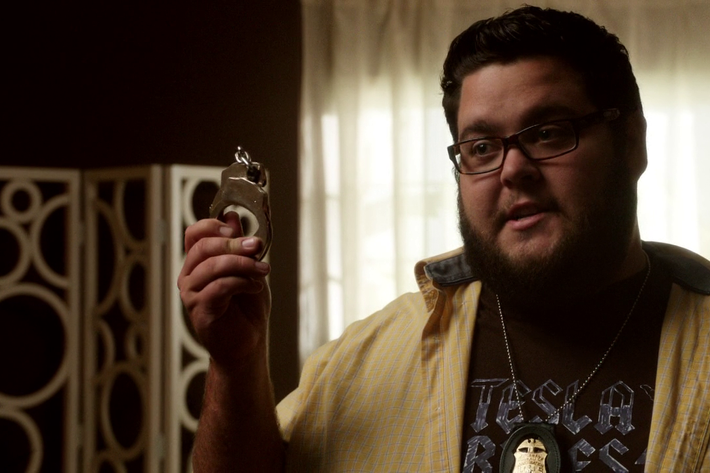 But something doesn’t feel right. Agent Ryan deduces that Krumitz really found out l0m1s’s ID by bundling a trojan with a ransom payout in order to hack her computer’s webcam. It was an illegal, unconstitutional search that should get him sent to jail. As punishment, Krumitz gets a stern talking-to. He didn’t get off easy. It is the sternest talking-to in CSI history. 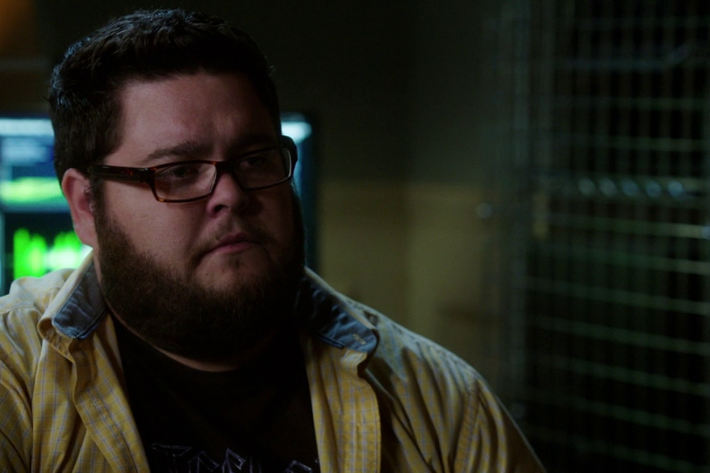