In just a few days, your Saturday nights will be taken over once again by the clones of Orphan Black. While each of them is played expertly by Tatiana Maslany, it can still be hard to keep track of all of them! After all, Orphan Black is not a show that skimps on plot with secret organizations (Dyad) that are actually beholden to even more secret organizations (Topside). To help you out, we’ve put together a handy status update for each clone — from the unhinged Helena to the plucky and enterprising Allison — to get you primed for season three.

Sarah
Sarah Manning had quite a day in the finale: Rachel had kidnapped Kira and placed her in a pink room, and then demanded Sarah’s unconditional surrender as the only way Sarah could see Kira. Kira, genius baby girl that she is, steals the nurse’s phone and uses it to contact her dad, Cal, who has been talking to Marian on the dark net this entire time. Along with Siobhan, they hatch a plan to free Sarah, who almost had one of her ovaries removed by Dr. Nealon. Sarah is back at Felix’s apartment where she necks with Cal in the hallway as thanks for busting her out and being so damn handsome. (Hello, new Daario!) Sarah went to Marian’s house the next day to get some answers, which of course just meant more questions: She meets Marian’s daughter Charlotte, an 8-year-old child clone who was the only survivor after all Dyad’s failed attempts.

Cosima
The clone least likely to live is ironically everyone’s best chance at figuring out a cure for their autoimmune condition. Kira asks her to read The Island of Dr. Moreau to her, which Duncan had given her, and Cosima realizes the decryption code is in the text. This is especially crucial considering Duncan is dead (more on that below). Time is running out for Cosima: Rachel stepped on Kira’s precious stem cells in a fit of blackmail and rage, and she also sent her lover Delphine off to Frankfurt. Delphine did, however, send Cosima an email with some information that allowed her to hatch a plan with Scott where she gave Kira and the rest of us a physics refresher: force equals mass times acceleration. 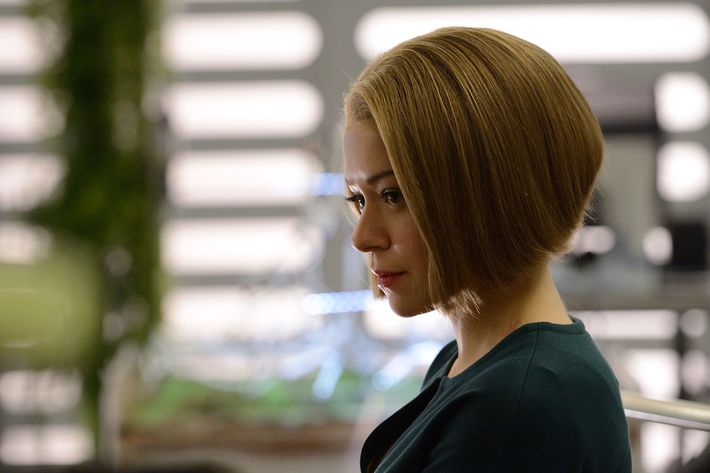 Rachel
Rachel spent a good portion of the second season drinking martinis and losing her mind — especially after she witnessed Duncan’s death. Oh right, this is important: Duncan offed himself with a bag of tea, and in his final minutes asked Rachel to remember how happy she was as a child. Unlikely! Instead, we can look forward to Rachel sporting a high-fashion eye patch after Sarah shot a pencil in her eye with the fire extinguisher turned air gun during her escape. Get well soon, Rachel!

Helena
One of the greatest female monsters got kidnapped yet again. She had already been kidnapped once by Pastor Henrik’s fish farm cult, which she eventually torched after helping Mark and Gracie escape and subjecting Henrik to the same invasion he performed on the women there. After she meets Cosima for the first time, she leaves a tank of nitro and is ostensibly on her way to find her future husband, Jessie, when the military kidnaps her. From what it looks like, Siobhan and Barbie Paul made a deal with Marian, the head of Topside (another mysterious organization) to give Helena over to the military in exchange for Sarah and Kira’s freedom. At least Helena got to boogie with her sestres beforehand.

Allison
The end of season two found Allison closer than ever to her husband Donnie, who went from putz to badass in the span of an episode. After all, what brings a couple closer together than burying a dead body (farewell, Dr. Leekie) under the cement floor of their garage?

Mark (!)
Welcome the new boy clones. As Sarah discovered in the final scene, the companion project to Project Leda was Project Castor, a group of male clones run by the military. We currently know of three clones: Mark (Ari Miller) who just got betrothed to Gracie, who let’s remember was implanted with embryos of Helena-Pastor Henrik; a soldier stationed where Helena has been sent; and lastly one maniacally working out in a cell in Marian’s house. Ari Millen, you’re going to be busy!