The opening titles for the first season of True Detective were mesmerizing — and instantly iconic. Like everything else about last season, they loom large, almost begging us to compare the freshman and sophomore outings. Are Farrell, Vaughn, McAdams, and Kitsch as obsession-worthy as McConaughey and Harrelson? Unclear! Are these new titles as hypnotic and mysterious as season one’s? Oh, absolutely.

Both sequences are from creative director Patrick Clair and production house Elastic, so, perhaps unsurprisingly, the vibe is very much intact: the double-exposure visual style, the sense of turmoil and doom, and a combining of organic and inorganic imagery. Roadways in particular make strong appearances in both, which seems appropriate given how much of the show takes place in a car. But a couple of key moments in the new opener seem to point to what we should and shouldn’t expect from the rest of this season. 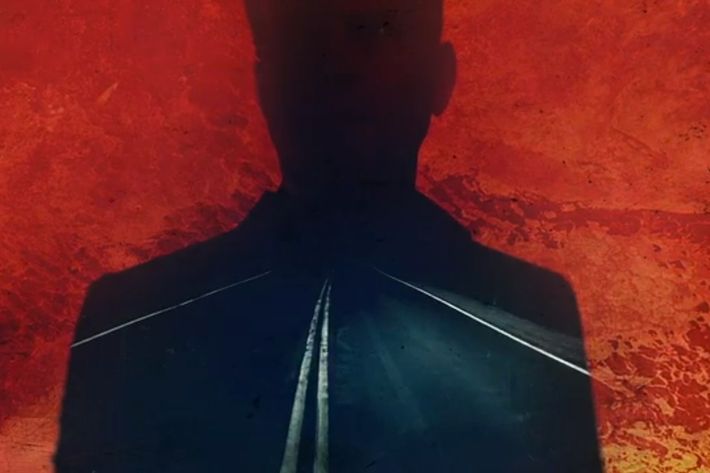 Season one’s titles included several images of anonymous female bodies: a bare ass pressed against spiky high heels, a topless woman floating in water, a heavily mascaraed blinking eye, a dancer in an American-flag bathing suit. That season had plenty of action happening to or on or at women, but not much happening in terms of women doing much of anything themselves. The absence of those images here seems to nod at this season’s apparent reaction to those criticisms, what with a disfigured male victim as our central crime and female characters with interior lives. 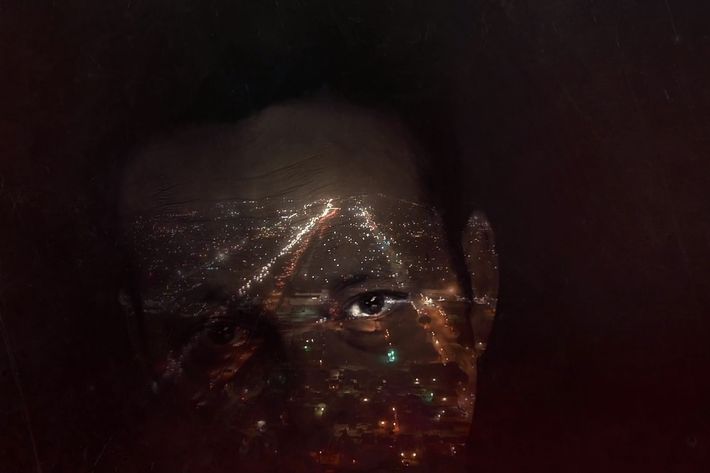 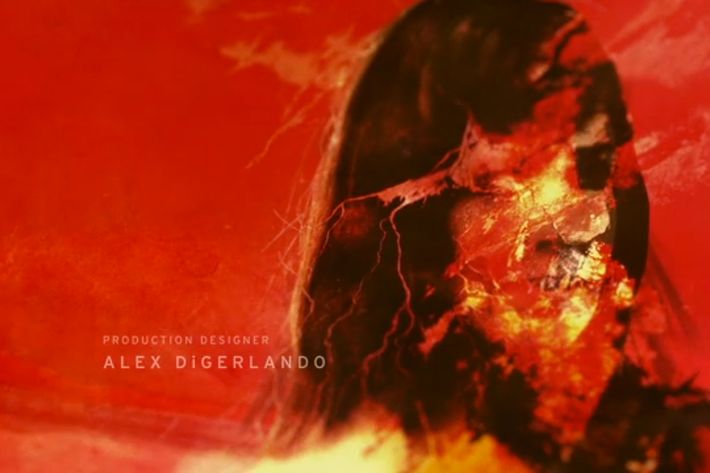 There’s also a lack of spiritual imagery in this second batch. Season one’s titles included several crosses, preachers, churches, plus Matthew McConaughey’s Jesus-y visage. In the end, religion didn’t have much to do with the actual crimes at hand, but there was plenty of talk of religiosity, of faith, of wisdom. There’s also far less nature in this second set of credits: no antlers or jellyfish. It’s more mechanical, more scorched. The color palette this time is heavily red (instead of yellows and greens), and the fire imagery isn’t lapping tongues of flame (like before) but volcanic fire, utter immersion. While both sequences use images of machinery, season two uses more, plus there are more zoomed-out images — a whole city skyline, a glowing river cutting through farmland, erosion maps of a fading coastline.

Season one’s titles were designed to “reveal character through location” — through the conflict between the choking pollution and the languid water, the grimy prostitution and the enraged, shouting evangelists. It’s easy now to say, yes, that does reflect season one of True Detective. These new titles are of course very evocative of California, but there seems to be less an emphasis on inner turmoil and more an emphasis on large-scale placement, less who am I? and more which part of the puzzle am I? 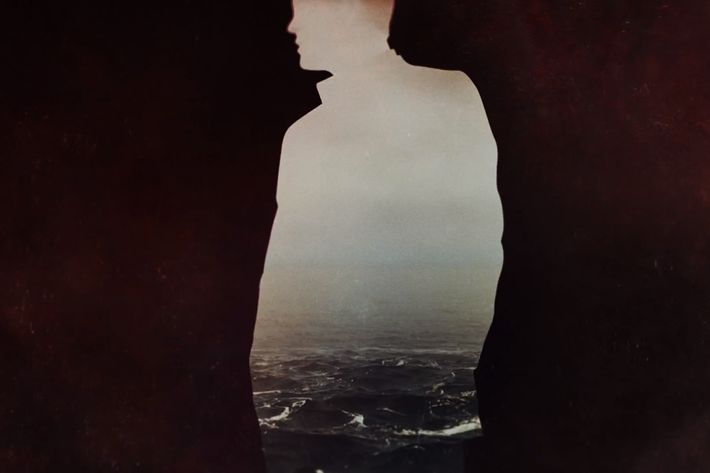 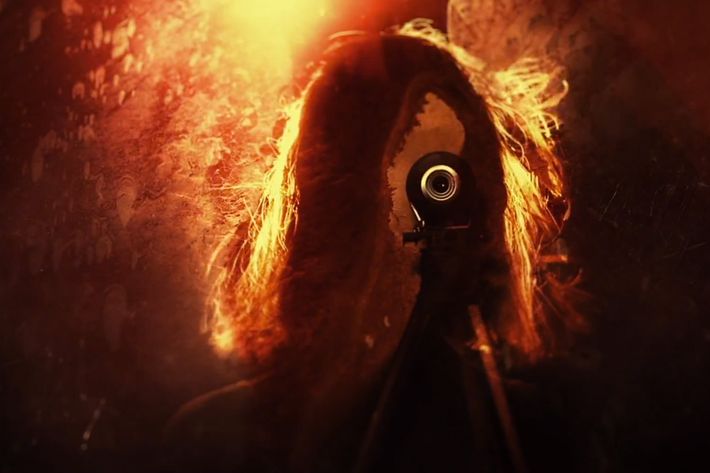 This all comes together in a brief shot of Rachel McAdams, somehow looking like both a cyborg and a skull, with her eye obscured by what appears to be a surveyor’s level. That plays into that zooming-out/zooming-in tension, the idea of being both close up and far away, a conflict of scale: What is big, and what is small? Even in just the first episode, we’ve seen the idea emerge that minor players have major effects. The closing shot is of Venus passing in front of the sun, at once huge and dwarfed, an image of the solar system that looks briefly biological rather than astronomical. The large-scale operations (say, transit in the entire state of California) mimic the small-scale agonies (say, a fractured relationship with a sibling). This season, the big is small, the small is big, and everything that seems far away can draw close in a hurry. 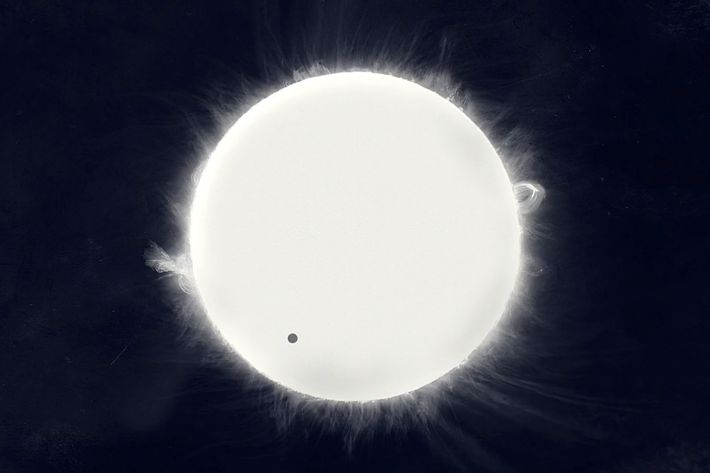 Oh, plus that Leonard Cohen song.

boyfriend reveal 26 mins ago
Lindsay Lohan Is Engaged To boyfriend Bader Shammas!
rip 11:18 a.m.
Lin-Manuel Miranda, Barbra Streisand, and More Pay Tribute to Stephen Sondheim “We love you. I love you. THANK YOU.”
the law 12:32 a.m.
Man Wrongfully Accused of Author Alice Sebold’s Rape Exonerated After 40 Years Anthony Broadwater’s name was cleared after pre-production for a film adaptation of her memoir, Lucky, brought up mistakes in the decades-old case.
dceu Yesterday at 4:28 p.m.
HBO Max Mistakenly Uploads Censored Version of Birds of Prey HBO Max is working to restore the original version to the streaming service.
bachelor nation Yesterday at 2:08 p.m.
John Hersey Denies Bachelorette Katie Thurston Cheated in Their New Relationship “The timeline seems fast and messy.”
charitable tracks Yesterday at 12:58 p.m.
Dionne Warwick and Chance the Rapper Release New Song for Charity The proceeds of the track will go to the charities SocialWorks and Hunger: Not Impossible.
"canceled" Yesterday at 3:01 a.m.
Dave Chappelle Took on Criticism From Teens at His Old High School The comedian reportedly invited discontent students to speak during a Q&A session.
stephen sondheim Yesterday at 2:14 a.m.
Tonight’s Performance of Company Became a Tribute to Stephen Sondheim Hours after the composer’s unexpected death, cast and audience shared grief and affection.
kimye Nov. 26, 2021
Ye Is Praying That He and Kim Kardashian Get Back Together “All I think about every day is how I get my family back together and how I heal the pain that I’ve caused.”
overnights Nov. 26, 2021
The Shrink Next Door Recap: A Tree Grows in the Hamptons The relationship between Marty and Ike is starting to get scary.
overnights Nov. 26, 2021
Selling Sunset Recap: DM Dilemma Christine is coming back to the office …
overnights Nov. 26, 2021
The Challenge: Spies, Lies & Allies Recap: Money, Money, Money Yet again, Big T is a scapegoat.
obits Nov. 26, 2021
Stephen Sondheim, Legendary Composer and Lyricist, Dead at 91 He was known for his work on popular musicals like Into the Woods, West Side Story, and Sweeney Todd.
first person Nov. 26, 2021
Frank Rich on His Friendship With Stephen Sondheim A lifetime making sense of the extraordinary songwriter — as young fan; critic and “enemy”; and, by now, old friend.
By Frank Rich
tribute Nov. 26, 2021
The Measureless Influence of Stephen Sondheim There was very little he thought a musical could not do.
overnights Nov. 26, 2021
Gossip Girl Recap: Daddy Issues This show is too convoluted and morally perplexing to engage with a Me Too storyline.
overnights Nov. 26, 2021
Selling Sunset Recap: It’s My Paw-Ty No one is buying Christine’s lies.
chat room Nov. 26, 2021
House of Gucci Screenwriter Explains Why Jared Leto Keeps Saying ‘Boof!’ Screenwriter Roberto Benivegna walks us through Lady Gaga’s ad-libs, Paolo’s catchphrase, and that, uh, energetic sex scene.
now streaming Nov. 26, 2021
What’s Leaving Netflix: December 2021 Titanic, Pan’s Labyrinth, A Cinderella Story, and more.
streamliner Nov. 26, 2021
How to Give Netflix, Hulu, and Other Streaming Services As Gifts It’s the perfect present for anyone who’s still borrowing their parents’ passwords.
More Stories