This weekend at Comic-Con in San Diego, IDW — an independent comics publisher whose works include 30 Days of Night — and DC Comics announced what could be the most fanboy-tastic crossover since the Terminator fought RoboCop: Batman and the Teenage Mutant Ninja Turtles will converge in a six-issue series, penned by James Tynion IV and illustrated by Freddie E. Williams II. Holy cowabunga, dude!

IDW previously participated with DC in a Green Lantern/Star Trek crossover, and Batman has had his share of weird, wild crossovers, including, but not limited to, a multipart battle against Xenomorphs (from the Alien series) that spans multiple continents, but this promises to be a Gen-X revelation. You can see the first two splash pages below. The series is slated to begin its run in November. 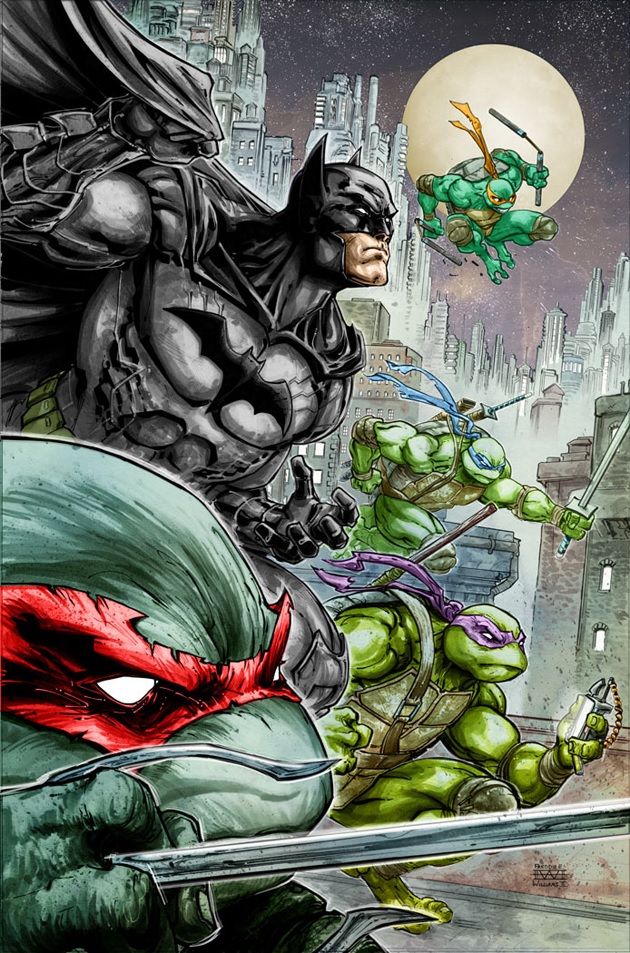 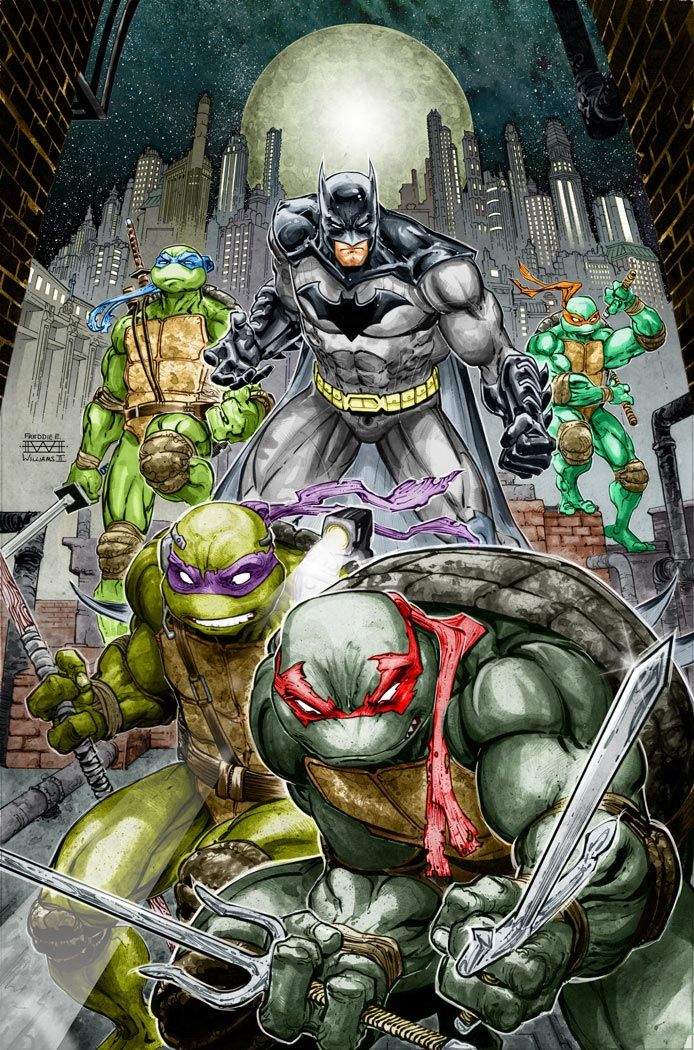