Tonight on The Bachelorette, Kaitlyn chose suitor Shawn — but not before awkwardly stopping suitor Nick in the middle of his proposal. Eek. It was so unbelievably uncomfortable, it’s hard to believe it wasn’t scripted. Meanwhile, on The Bachelorette’s actually scripted blood brother, UnREAL, bachelor Adam decides not to choose down-home Faith — even after she proposed the most valid situation in this entirely fake scenario. You see, she’s a lesbian and Adam’s a “player,” a.k.a., he’s not ready to get married despite the Royal Renovations plan for Enchanted’s next season. Faith’s suggestion that they team up to fake out America for a year was actually the most valid one — as opposed to Anna, who tells Rachel she’s “falling” for Adam, or Grace, who storms off set after threatening Chet with breach of contract. They promised her a lead role on Royal Renovation, and by God, she better get it.

Why does Adam refuse to take the easy way out? By choosing Grace, he wouldn’t have to marry someone he’s not into, and he can renovate that ugly-ass vineyard and move on with his life (ideally, more successful and without that bad-boy reputation). But now that Adam has declared his love for Rachel — and she’s given him confidence by sleeping with him — he’s doing things solely to manipulate her into utter jealousy. Despite her insistence that she’s with Jeremy now (I mean, did you see that guy’s sweet log-cabin setup? And that shower?!), Adam’s still pushing for her to “run away” with him. Thanks to Unreadable Rachel, this week’s roof-hanger makes it feel like it could happen.

But before we get there, let’s back up a little.

Fresh off hot sex with Adam, Rachel finds Jeremy in her trailer. He’s waiting for her. Is she into it? I can’t tell. Can you? 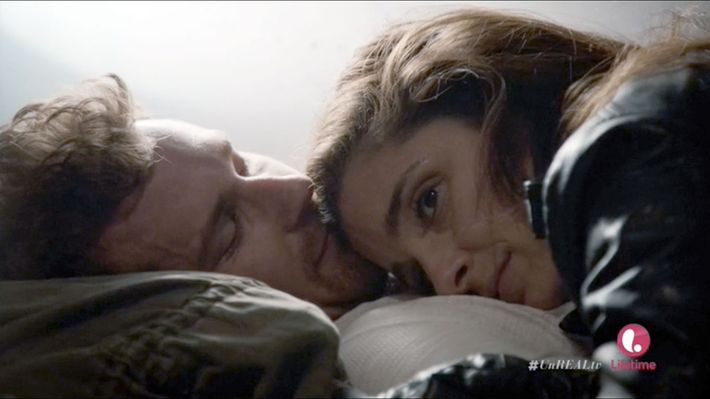 Meanwhile, Chet’s knocking up Quinn — or he thinks he is; considering how easily he knocked up his ex-wife with hate sex, imagine what he could do to her. Ew. Luckily, we see her pop a few Plan B pills on her way to the “Lady Doctor,” a.k.a. Big Boss-Man Brad. She tells him that she’s cutting out the middleman (that would be Chet) and she’s ready to pitch Brad all her ideas — eight years of ideas that exist on the jump drive we saw her pull out of the safe last week. A-ha! A contingency plan. The plan includes getting Rachel onboard to be a partner — kind of a good deal if Rachel hadn’t just told Jeremy that she would consider giving it all up to be with him and regain some sanity. Oh, and the fact that Quinn’s a crazy person: “Did he force you?” she asks poor Madison, who denies it, although she seems somewhat unsure: “Chet and I were just talking, you know, about work and stuff, and then one thing let to another and his penis was right there, just staring at me.” Uhhh. This is all very UnREAL drama, but that does sound like sexual harassment. Quinn continues: “Whether you know it or not, Chet forced himself on you. That’s what happened,” she says. “He did the same thing to me a long time ago,” she adds. “I’m going to get you a lawyer … We’re going to make Chet take responsibility for what he did.” Whether or not Madison’s dalliance with Chet was of her own volition, it’s clear this “help” Quinn offers is 100 percent insincere.

Things become immediately less clear when Madison informs Dr. Wagerstein of what Quinn told her: “Is that something you want to do?” “I don’t know.” But guess what?! The doctor has ambitions of Dr. Phil proportions. She immediately tells Chet to gain leverage on her own future in television, and now Chet has a sense that Quinn is double-crossing him. Well, that didn’t take long.

Back to Rachel. Will she stay on for Royal Renovations? 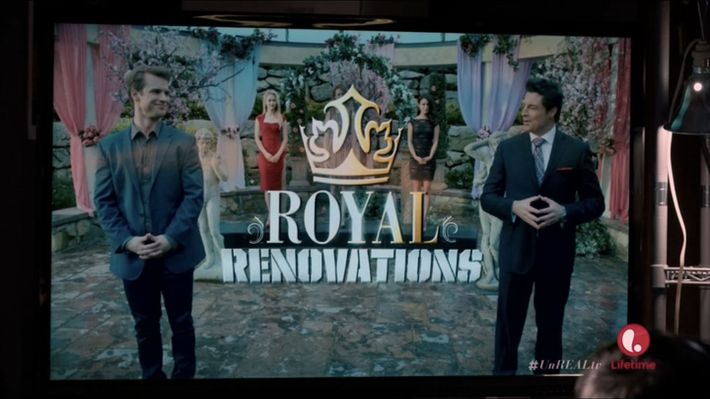 Well, she kind of has to. Quinn discovers the sex tape that she and Adam inadvertently made last week. (Last week I thought Rachel knew she was being taped, but now I’m not so sure!) If she wants Quinn to keep the tape away from Jeremy, she’s signing on. Adam, on the other hand, is willing to re-accept that bad-boy rep and let the sex tape fly if Rachel basically agrees to be with him. You can tell Quinn wasn’t expecting that. And neither was Rachel, despite all of the jealous faces she makes throughout the episode. Here are a few: 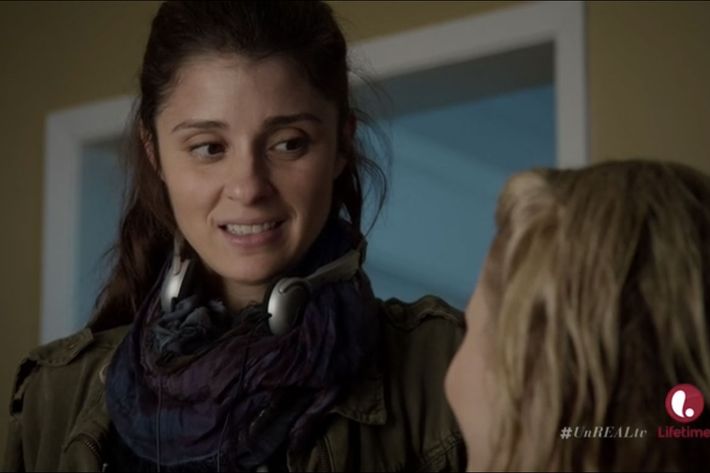 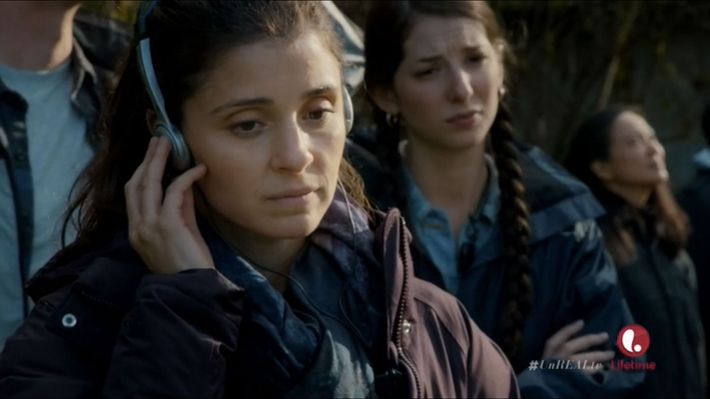 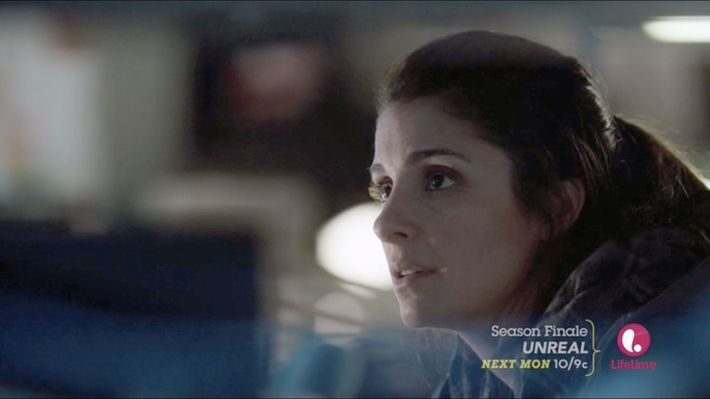 That last one is her watching Adam and Anna go at it on their overnight date. And since he’s basically just seen the footage, we can be pretty positive he knows the cameras above his Enchanted bed are on and rolling.

P.S.: How much did you love watching Adam on the horse-riding rig? The magic of reality TV.

+Comments Leave a Comment
UnREAL Recap: Cutting Out the Middleman