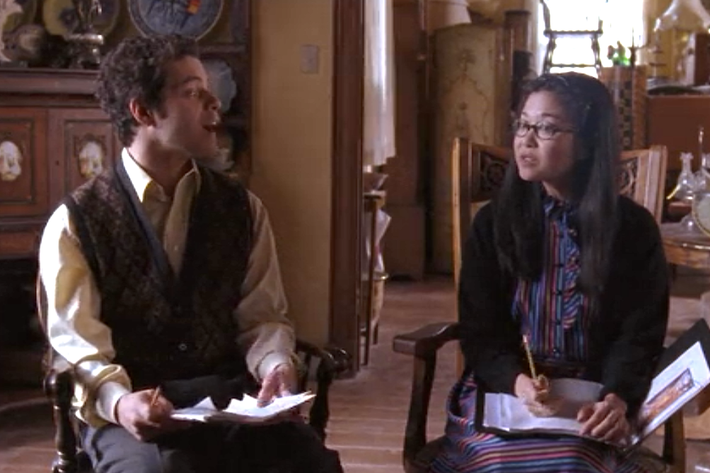 remembrances 7 mins ago
Honoring His Mother Was Louie Anderson’s Life Work Throughout his decades-long career, the comedian learned to love himself the way his mother loved him.
By Matt Zoller Seitz
obits 5:00 p.m.
Meat Loaf, Legendary Bat Out of Hell Rocker, Dead at 74 Cher, Boy George, and more have honored the operatic voice behind “Paradise by the Dashboard Light.”
covid cancelation 3:05 p.m.
Adele FaceTimes Fans in Vegas for Canceled Shows Fans chanted “It’s okay!” as the 30 singer cried on the call.
we've been waiting for you 2:15 p.m.
A Scaredy-cat’s Guide to Yellowjackets So glad you’re joining us.
overnights 12:48 p.m.
Ozark Recap: Thin Blood Several familial betrayals thrust us into the midseason finale.
overnights 8:00 a.m.
Ozark Recap: Big Fish in a Small Pond Wendy descends into Heisenberg territory.
rip 3:16 a.m.
Regina King Confirms Death of Her 26-Year-Old Son, Ian Alexander Jr. “Our family is devastated at the deepest level by the loss of Ian.”
the de armas cut 2:00 a.m.
Ana de Armas Was Edited Out of Yesterday, So Fans Are Suing Before you ask, this was not the work of the Ana de Armas Updates stan account.
overnights Yesterday at 10:00 p.m.
RuPaul’s Drag Race Recap: Willow-Pilled Drawn-out, early-season shenanigans and a new way for RuPaul to emotionally torment the girls? Drag Race is back, baby!
"songs" Yesterday at 9:46 p.m.
Prepare Your Ears for More Seasons of Selling Sunset Songs Netflix has reportedly renewed the reality show through a seventh season.
obit Yesterday at 6:56 p.m.
Comedian and Baskets Star Louie Anderson Dead at 68 He was hospitalized for blood cancer treatment.
overnights Yesterday at 6:52 p.m.
Ozark Recap: Spinning Plates Ruth gets into serious trouble.
racism Yesterday at 6:17 p.m.
What the Hell Is Going On With Jennie Nguyen From RHOSLC? “Things get addressed.”
r.i.p. Yesterday at 6:14 p.m.
Good-bye to the Rowdiest Movie Theater in Brooklyn Fistfights. Catcalls. Pandemonium. The Regal UA Court Street theater in Brooklyn was as lawless as it was legendary. RIP.
By Vulture Editors
vulture lists Yesterday at 5:45 p.m.
12 Meat Loaf Stories That Proved He Lived One Hell of a Life Warning: The late Meat Loaf was known to embellish a story or two.
the festival circuit Yesterday at 5:33 p.m.
When We Were Young Doubles the Nostalgia With a Second Day But … it’s already sold out, too.
overnights Yesterday at 4:07 p.m.
Ozark Recap: The Art of the Deal “To your business being my business and mine being yours.”
call her lawyer Yesterday at 3:56 p.m.
The Jamie Lynn Spears Interview and the State of Call Her Daddy The achievement with this booking isn’t really the interview but the access itself, and what that access says about the power of Call Her Daddy.
kanye stressed Yesterday at 3:52 p.m.
Kanye West Demands Final Cut of Three-Part Jeen-yuhs Documentary “Thank you in advance 😊.”
tv review Yesterday at 3:20 p.m.
As We See It Confirms Jason Katims’s Elite Tearjerker Status TV’s impresario of earnestness once again taps into the desire to love and be loved with a thoughtful ensemble of actors on the autism spectrum.
More Stories