We have to go back to season one, Kate! Photo: MARIO PEREZ/American Broadcasting Companies, Inc. All rights reserved. NO ARCHIVE. NO RESALE.

There have been a lot of disappointing series finales — ones that make you seriously question your life choices (I stopped going to work to watch this?). But which ones were the absolute dregs of the barrel? Reddit user ChallengeResponse made a series of charts graphing the IMDb user ratings for series finales against the average rating for the show. So, for instance, the first chart shows the shows that had the biggest gaps between the average episode’s ratings and the finale’s. Meaning, the shows at the top of this list aren’t going to be ones like Six Feet Under or The Sopranos, but ones that benefited from soft expectations: Well, that was surprisingly good for Charmed. Take a look: 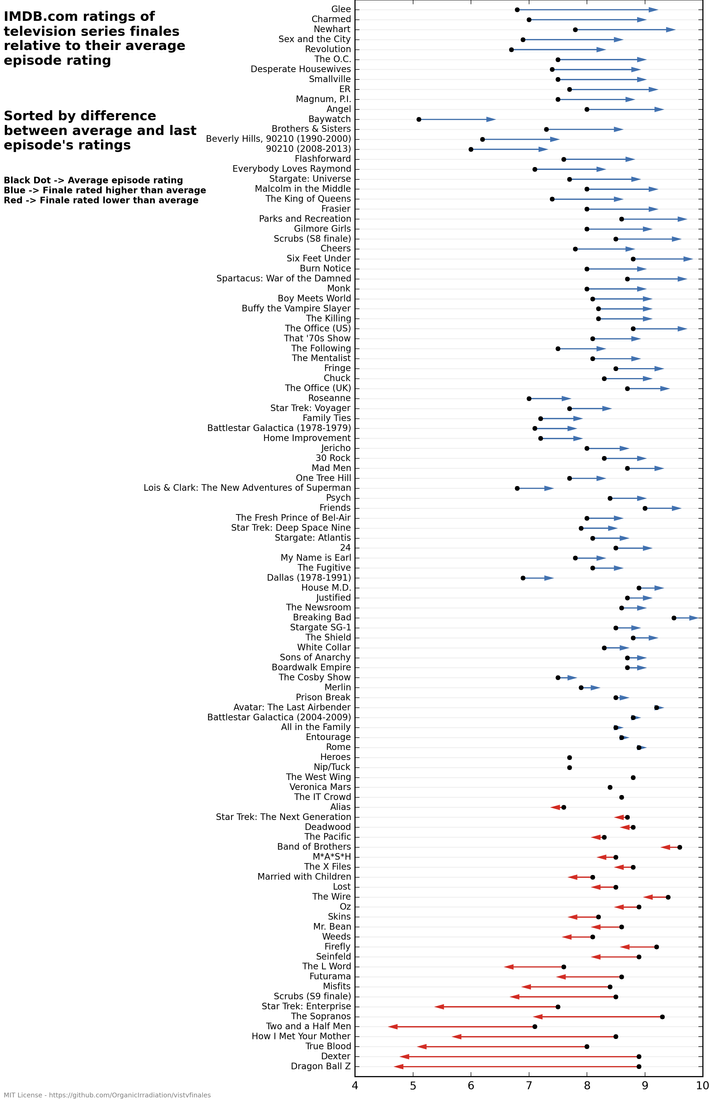 And here are the finales organized by the rating of the finale. The people have spoken: Breaking Bad had the best TV series finale. And on the other end of the spectrum lies Two and a Half Men. 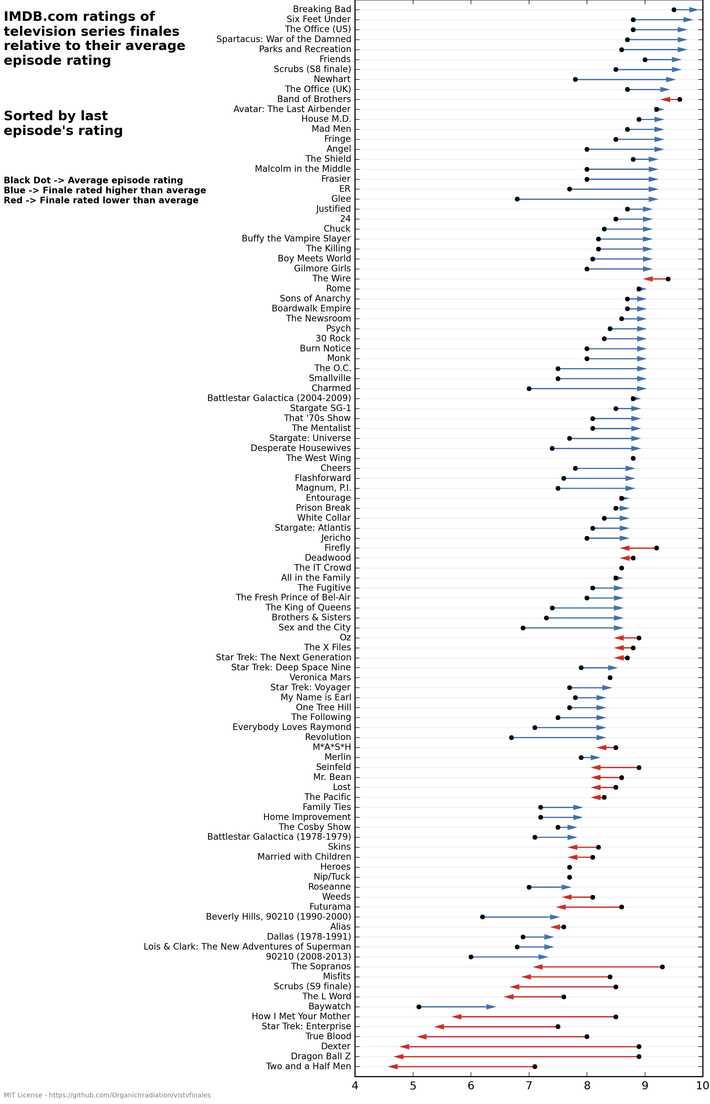