Terrible hair — it’s not just for blockbuster season! The trailer for Adam McKay’s star-studded The Big Short dropped today, and lo and behold, the movie’s bevy of Oscar-nominated actors all turn out to share one thing: hair that can only be described as subprime. Paradoxically, the badness of the hair on display only increases the film’s prestige points; If these guys weren’t all so good at acting, the trailer seems to be telling us, there’s no way they’d be able to pull off such terrible hair. (It’s Too Bad to Fail.) Whose hair is merely unfortunate, and whose ascends to the very heights of lunacy? Let’s take another look at the trailer below, and then we’ll get to the rankings: 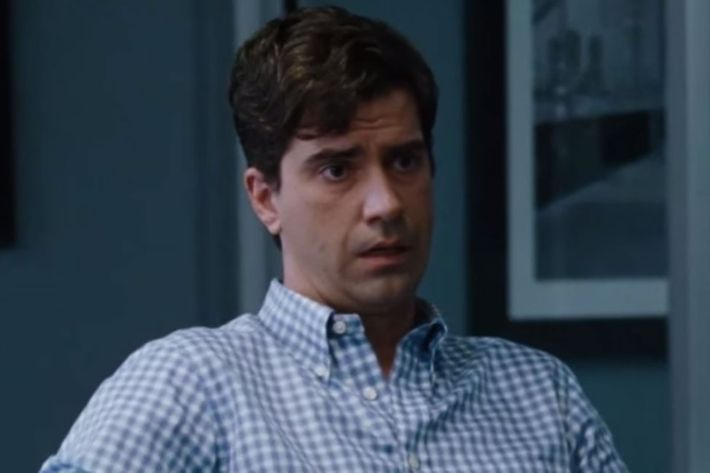 5. Hamish Linklater (Role unknown)
In the part of “The Other Guy in the Room With All the Famous People,” all Hamish Linklater gets in this trailer is a handful of reaction shots. That’s true of his hair here, too, which is almost certainly Linklater’s real hair. Wig budgets are for movie stars, not character actors! 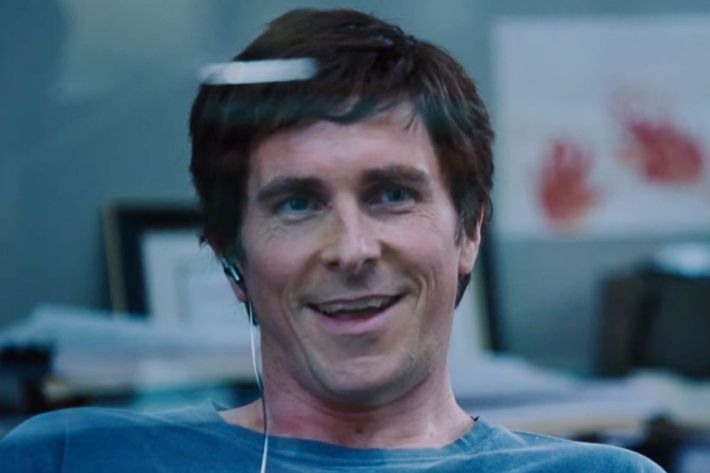 4. Christian Bale (Michael Burry)
The first joke in the trailer is about how Bale’s character gets his hair cut at Supercuts. And honestly, that’s an insult to Supercuts. This hair is bad: stringy, flat, and matted all at the same time. And yet it falls slightly short of the ridiculous standards maintained by his co-stars. It’s horrible, yes, but not insane. 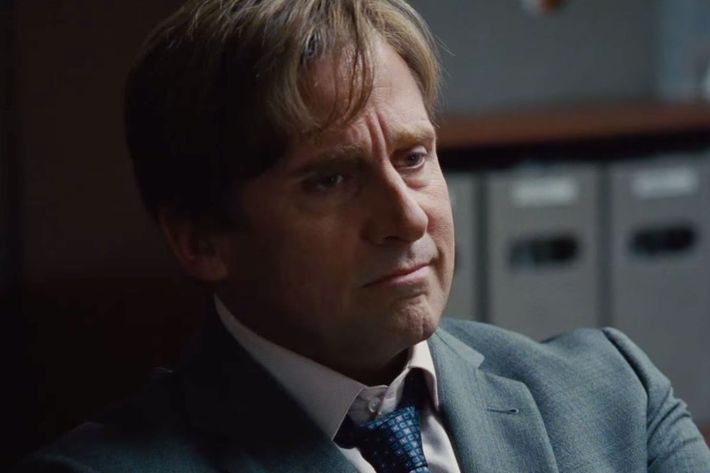 3. Steve Carell (Steve Eisman)
Now we’re talking. Unlike Carell’s austere Foxcatcher cut, this wig is meant to be fun, flirty, and free. It’s winking at you from across the room. It’s calling you “babe.” It’s telling you you’ve just got to go up to Napa this year. It’s the follicular equivalent of a leisure suit. 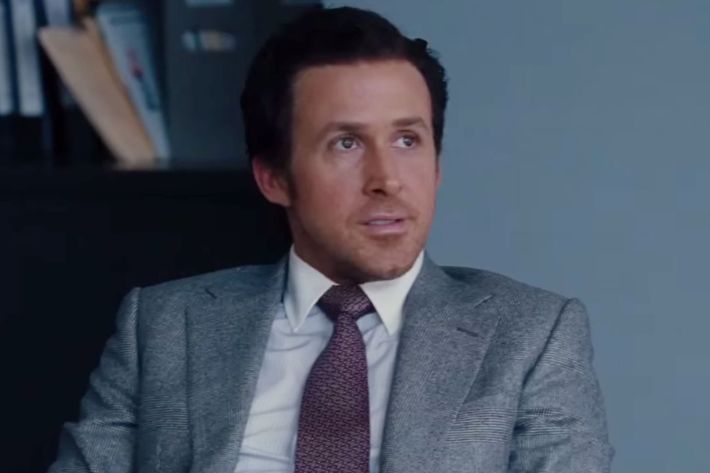 2. Ryan Gosling (Greg Lippmann)
Real or fake — does it even matter? Ryan Gosling has always wanted to be a real New York boy, and now, with the aid of this dark, greased-up hair helmet, he’s finally done it. This is Five Boroughs all the way. 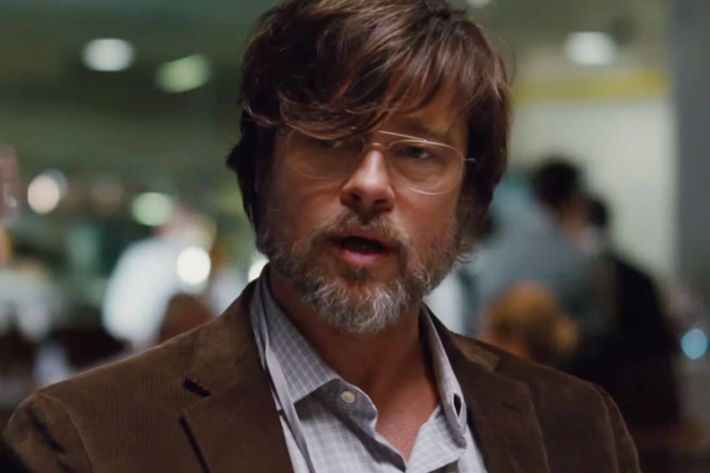 sad blawg 10:46 a.m.
Gawker Is Gawn, Awgain Bustle Digital Group has pulled the plug on nü Gawker and laid off 8 percent of staff.
doctor's orders 10:19 a.m.
Cash Dr. Phil Outside His show is ending after 21 seasons, howbowdah?
summer renaissance 9:13 a.m.
Move Out the Way, Beyoncé Is Taking Renaissance on Tour Good luck cuffing those tickets.
sound thinking 9:00 a.m.
Netflix Adds a Shiny New Audio Option for Top-Paying Subscribers More bang for your buck, even on crappy laptop speakers.
respect the classics 8:15 a.m.
The Piano Man Campaigned for Warren Zevon’s Rock Hall Nomination “If anyone deserves to be, he does. He was a real original, and I don’t know if that’s appreciated enough.”
respect the classics 8:07 a.m.
Cyndi Lauper and Willie Nelson Lead 2023 Rock Hall of Fame Nominees 14 artists made the shortlist, connecting every genre of music.
the industry 8:00 a.m.
Reality Check The boom — or glut — in television documentaries has sparked a reckoning among filmmakers and their subjects.
By Reeves Wiedeman
overnights 6:01 a.m.
The Bad Batch Recap: Star Wars Does Pandora Eywa has heard the wookiees’ prayers.
that 90s show 2:13 a.m.
Ashton Kutcher on Danny Masterson’s Trial: ‘Ultimately, I Can’t Know’ The That ’90s Show actor discusses his former co-star’s upcoming trial in March.
oscars 2023 Yesterday at 11:41 p.m.
The Academy Subtweets Andrea Riseborough’s Friends in Statement According to the Academy, Riseborough will keep her nomination.
coming soon Yesterday at 11:09 p.m.
Robert Pattinson Bringing More Eyeliner to The Batman Part II He will face his next villain, makeup remover, in 2025.
can't stream my poker face Yesterday at 10:41 p.m.
Did You Wait to Watch Poker Face? It Might Cost You New Peacock subscribers will have to pay for the service and no we’re not bluffing.
overnights Yesterday at 10:01 p.m.
Below Deck Adventure Season-Finale Recap: Fjord Explorer The crew tries to get their act together for the last charter, but it’s too late.
the vulture spot Yesterday at 7:38 p.m.
Harry Hamlin and His Stylish Jackets Are Magical on Mayfair Witches  Despite his character not having any powers.
trailer mix Yesterday at 6:18 p.m.
We Support Women’s Right to Electrocute Toni Collette and Auli’i Cravalho don’t know what to do with The Power.
ask an expert Yesterday at 5:42 p.m.
Alec Baldwin Is Officially Charged in Rust Shooting. Now What? “There’s just a huge disparity in the charges.”
oscars bad boy Yesterday at 5:28 p.m.
Will Smith Is Back for His Movie-Star Bag With Bad Boys 4 Smith and Martin Lawrence ride together, make movies that make money together.
for your consideration Yesterday at 5:15 p.m.
A Timeline of Andrea Riseborough’s Controversial Oscar Nomination Within seven days, Andrea Riseborough’s performance in To Leslie went from obscurity to the toast of Twitter. And all it took was a few famous fans.
By Nate Jones
crime Yesterday at 5:08 p.m.
Alec Baldwin Charged With ‘Directly’ Causing Rust Shooting Prosecutors allege “no less than a dozen” negligent acts by Baldwin even before Halyna Hutchins was shot.
vulture sports Yesterday at 4:48 p.m.
The Oscars Bestow a Bounty of Points Upon the Movies Fantasy League Awards season is hitting its stride, and so are the top MFL teams.
More Stories