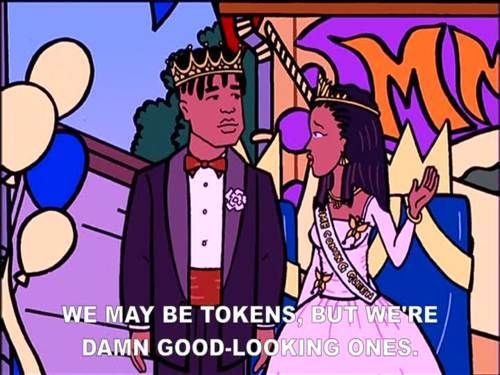 overnights 7 mins ago
The Real Housewives of Beverly Hills Recap: Disco Brawl Imagine a big conflict wheel spinning faster and faster, imaginary conflicts flying everywhere.
hush-hush 8:20 p.m.
HBO Max Has Been Taking Stuff Down Without Warning for Weeks Update: Another 37 titles will be cut.
mental health 7:49 p.m.
Jonah Hill Takes a Break From Press Tours Due to Anxiety He directed and starred in an upcoming documentary “Stutz.”
release your job 6:20 p.m.
Christine Quinn Is No Longer Selling Sunsets Seasons six and seven of the Netflix show will reportedly go on without her.
r. kelly 6:18 p.m.
R. Kelly Chicago-Trial Opening Statements Began With Harrowing Abuse Allegations Prosecution warned the jury that the videos in evidence will be “difficult to watch.”
coming soon 4:17 p.m.
Abbott Elementary Is Back in Session on September 21 And running through the whole school year with a full 22-episode season.
buzz! buzz! 3:37 p.m.
Who Manifested Simone Kessell As Adult Lottie in Yellowjackets? Looks like Courtney Eaton is now a series regular.
sweet! 3:04 p.m.
Ellie Kemper and Zach Cherry to Co-host The Great American Baking Show The Bake Off spinoff premieres in 2023.
overnights 3:02 p.m.
Love Island Season-Finale Recap: Ti Amo Somehow Luca and his ability to generate indignant fury out of thin air made it to the finale.
merrily we cast along 2:08 p.m.
Jonathan Groff and Lindsay Mendez Join Daniel Radcliffe in Merrily We Roll Along We hope the priest from Lady Bird will be happier with this production.
1:30 p.m.
‘Foo’ or ‘Fool’? A Chat With the Cast of This Fool  A generational divide, explained.
christmas in august 1:27 p.m.
Darlene Love and Mariah Carey Are Battling for the Christmas Throne And so is Christmas-exclusive singer Elizabeth Chan.
overnights 12:53 p.m.
Reservation Dogs Recap: Hard Times Being physically present is not the same as “being there” for someone.
trailer mix 12:36 p.m.
Wednesday Teaser: The Addams Family Has Scholastic Problems and Spooky Solutions Jenna Ortega stars as the titular piranha-wielding teen.
read on 12:30 p.m.
Salman Rushdie Book Sales Soar Following Attack The Satanic Verses author has reentered best-seller lists while recovering.
american crisis 12:11 p.m.
Andrew Cuomo Can Keep $5 Million for COVID-19 Book, Judge Rules After an ethics panel previously said he had to give it up for reported improper use of state resources.
it's a re-sabotage 12:00 p.m.
Netflix Is Reviving Competition Classic The Mole This Fall As long as no saboteurs get in the way.
vulture 10x10 12:00 p.m.
The Green Puzzle 5-Down, Five Letters: Actress John Travolta once called “Adele.”
the guys are fighting 11:45 a.m.
Kid Cudi Says Reuniting With Kanye West Would Take a ‘Miracle’ “I don’t see it happening. He gon’ have to become a monk.”
tributes 11:10 a.m.
Foo Fighters’ Taylor Hawkins Tribute Concert to Stream on Paramount+ The lineup now includes the Foo Fighters, Travis Barker, and Hawkins’s son, Shane.
More Stories