Most people were once human children, so we all know the appeal of a coded message. An important, clandestine transmission to which we and only we held the key, and all we needed to unlock it was a piece of scrap paper and a golf pencil. These kinds of activities let us dream we could one day become spies, but according to this week’s Homeland, childlike coded messages are STILL IN USE by their most high-level agents. The downside? They occasionally instruct you to murder your own bestie. I can’t speak to your childhood, but that did not happen very often to me. Poor Quinn!

After last week’s sleepy, measured premiere, “The Tradition of Hospitality” ramped up the tension and intrigue, landing us firmly back in Homeland’s best neighborhood: Stresstown. We’ll get to its literally killer twist in a second, but first we should talk about Carrie’s trip to Lebanon. If you can believe this, it did not go well! The word “disaster” would be an appropriate descriptor here, as what should have been a simple pop-in at a refugee camp resulted in Carrie learning the hard way that there’s a contract on her head. 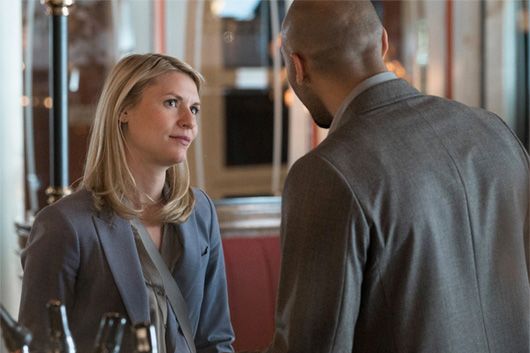 Tension mounted from the moment Carrie and her boss Otto Düring checked into their hotel. When she wasn’t getting cornered by old friends from the CIA asking pointed questions about her inside knowledge, Carrie was freaking out about her boss’ impromptu penthouse cocktail parties. Even when she was finally able to chill out a bit during a nice rooftop conversation with her boss, the soundtrack was provided by distant gunfire (“It’s probably just a wedding”). But in the span of a few lines, her stakes were clearly laid out: In past seasons she’d been reckless and cavalier about facing terrorism head-on, but that was only because she’d been lonely. Now that she had people waiting for her back home, she had added incentive to be paranoid and hide behind her “hunky” Green Beret escorts. And though she’d taken the necessary precaution of bribing Hezbollah leaders to ensure their safety, she never once stopped scanning the crowd during Düring’s refugee camp meet-and-greet. See, Carrie’s new incentive to remain alive had only enhanced her paranoia, and in this case it paid off. 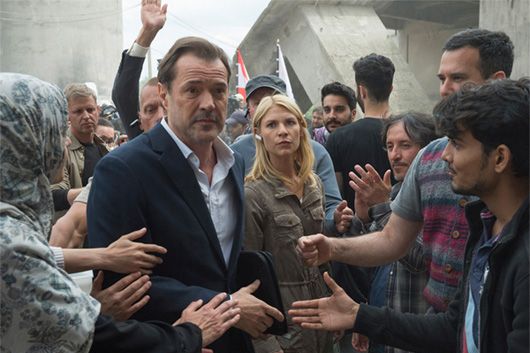 That Düring’s party came under attack was not a terribly shocking moment; Homeland is nothing but a series of public events gone awry. It was what Carrie later learned about her enemies’ motives that sent the chill up our spines. As it turned out, the man she’d bribed for help had been bribed by someone richer and more powerful to target not Düring as Carrie feared, but Carrie herself. Continuing last week’s theme of Carrie continuing to be haunted by the ghosts of her past, this week confirmed it: The ghosts are back, and they are ARMED. 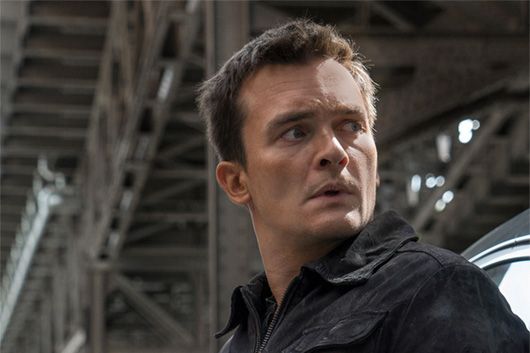 This wasn’t just some run-of-the-mill vengeance fatwa declared on Carrie, either. Though she’s certainly left a wake of corpses and burnt bridges throughout her career, it’s looking increasingly likely that the CIA itself might be behind this death plot. For one thing, they’re more than aware of Carrie’s friendship with Laura, the journalist currently embroiled in leaking classified documents to the world. And I think it’s safe to assume that the old CIA colleague at the hotel was testing Carrie’s willingness to divulge classified intel. But there were also the pointed exchanges between Saul and Allison (Mirando Otto) about whether Carrie was capable of selling out the CIA, and if so, would Saul ever take action against her? This thread came to a head in the episode’s shocking twist: Peter Quinn decoded the identity of his next secret victim… “M-A-T-H-I-S-O-N.” That’s right, an off-book killer seemingly fed names by Saul Berenson is now going after one of the most important people in his life. If that’s not a heart-wrencher of a twist, I don’t know what is. 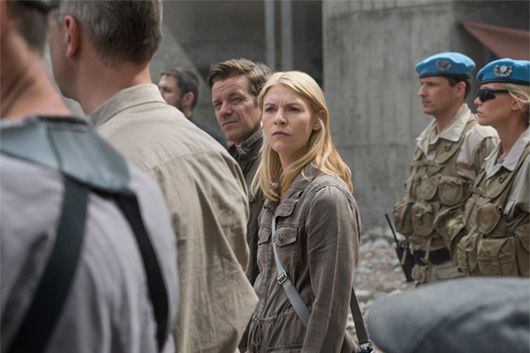 Do we believe that Peter Quinn would actually murder Carrie? Absolutely not. But credit to Homeland for making us question this at all. One thing muddying up our certainty here came at the end of Quinn’s episode-long pursuit of his previous victim, a woman recruiting teenage girls for ISIS. We knew immediately that Quinn would have to take her out, and we certainly understood why he wouldn’t think twice about it. But in those final seconds before he placed a gun barrel to her forehead,  she recognized him—“Peter?”—and he did not even flinch before pulling the trigger. Though it’s not clear what their relationship had been, it is clear that Quinn is no stranger to following commands at the expense of his interpersonal relationships. I still don’t think he’ll be taking out Carrie anytime soon, but whatever it takes to get them in the same room again I’m in favor of.  (Carrie + Peter 4evaaa.) 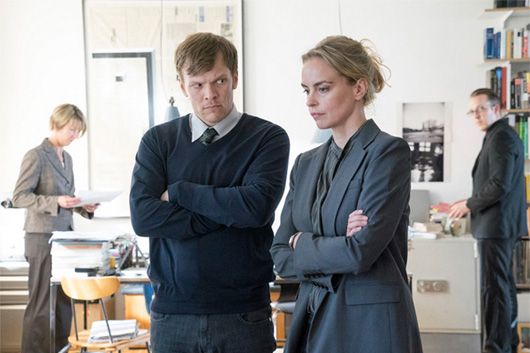 The other big element of this episode was the ensuing fallout from the data leak at the CIA. Though journalist Laura came across a bit grating last week, it was tough not to root for her when she was suddenly arrested and interrogated by German Intelligence officers. (I loved it earlier when, on national TV, she joked that her apartment was probably being ransacked by government agents as they spoke, and then we cut to her apartment being ransacked by federal agents watching the interview on her TV. Homeland CAN be hilarious sometimes!) While the stern but sympathetic agent Astrid attempted to paint Laura as a villain—she’d compromised data that was helping neutralize ISIS-trained would-be terrorists—it’s still not hard to see it from Laura’s side either. Homeland has always had a ripped-from-the-headlines feel, but because this plotline hews so closely to Edward Snowden situation, it boasts an urgency that rivals Homeland’s usual antics of car-bombs and misguided hookups. Add to that an internal flare-up involving Saul and Allison attempting to throw one another under the bus, and we’ve got some genuine, albeit less violent, drama going on behind the scenes. 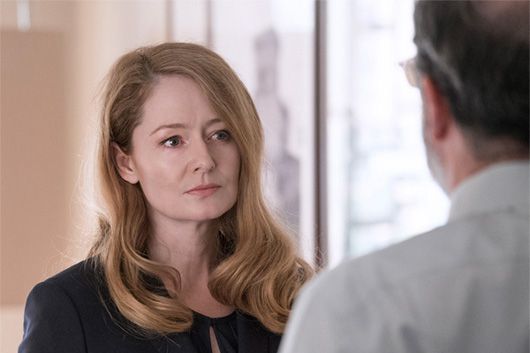 “The Tradition of Hospitality” functioned almost better as a season premiere than last week’s episode. It plunged us directly into Homeland’s trademark intensities and finally gave us a sense of what this season will be about: ISIS, Snowden, and most importantly, Carrie’s attempt to reconcile her past with her future. These are all juicy topics and only a show as audacious as this one could possibly do them justice. Along with explosions and shootouts. And for those of us with a perhaps unhealthy desire to see Carrie and Quinn fall in love forever, things just got a little complicated! Good thing we’re HERE for the complications. Let’s get messy.