Lexi Alexander doesn’t suffer fools lightly. The Oscar-nominated director, and outspoken advocate for women filmmakers, made waves in Hollywood last year when she wrote an essay on the deeply ingrained bias women directors face in the industry. Since then, Alexander has kept the pressure on studios to allow more opportunities for female directors.

Born to a German mother and Palestinian father, Alexander is a former World Kickboxing Champion who got her start in the business as a stuntwoman, and soon segued into directing. Her 2002 short Johnny Flynton landed an Academy Award–nomination, and her 2005 feature Green Street Hooligans won the SXSW Jury and Audience Awards. That led to a gig directing Punisher: War Zone, making her the first woman to direct a comic-book feature. Most recently, Alexander directed tonight’s episode of Arrow, which had previously brought on two women directors (Wendey Stanzler and Bethany Rooney). We spoke to Alexander about working on the CW’s comic-book series, embracing her biracial identity, and why more women aren’t directing multimillion-dollar superhero franchises. 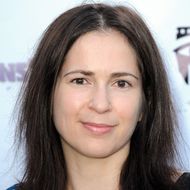 How did you land this project?  How much did you know about the show going in?
I was contacted by the showrunners, specifically Andrew Kreisberg, who was a fan of Punisher: War Zone. I knew about the show and had watched the pilot when it came out. When I got the call for the meeting, I binged on three seasons of Arrow over an entire weekend.

Can you share some details about the shoot — how long it took to prepare, to find shooting locales?
All in all, I was there for three and a half weeks. Location scouting is a lot of fun, especially in a town where ten shows are being shot at the same time, because you’re constantly running into other crews scouting the same places. Then we all give each other side eye, because nobody wants to use a location that another show is using as well. It’s quite amusing, really.

Did you have a specific look or feel you wanted for this episode?
It was very clear to me that TV is a writers’ medium and that a show in its fourth season comes with an established look and style. The first meeting I had with Kreisberg and [executive producer] Marc Guggenheim, they were very clear they were interested in me as a director because they believed I could bring something different and new to the show. So my directions were basically “same but different.” Now this might sound like I’m being sarcastic, but I’m not. I completely understood what they wanted. There’s definitely a way, even within an existing style and tone, to add something new or unique without making it look like it’s from a completely different show. I’m not sure if I completely achieved that, but I’m pretty sure the audience will see my fingerprint here and there.

You were the only woman director to helm a comic-book feature with Punisher: War Zone in 2008. Not much has changed since then. What do you think accounts for this?
The only reason I was offered Punisher was because I had made an indie film that was rated R for violence and was filled with fight scenes. I think in industries riddled with bias, you tend to hire women only if their previous work is very masculine, which is hilarious given that this is not how male directors are chosen. I am pretty sure when Kenneth Branagh came up for Thor, nobody at Marvel thought: “Yes, that Kenneth Branagh is masculine enough to do action, just look at Henry V and The Magic Flute.” Don’t get me wrong I’m a huge Branagh fan, I’m just trying to demonstrate how ridiculous it is that women have to be “one of the boys” to get in on the superhero business, whereas male directors don’t have to have any proof on their résumé that they can deliver hardcore action.

You are very vocal about the opportunities for women in the industry, and recently the Equal Employment Opportunity Commission said they would conduct an investigation into the hiring practices for women directors.  Will anything change?
I sure hope so. More than two years of working with the ACLU, now we’re telling the same stories to the EEOC. If nothing changes, America has a much bigger problem than we anticipated.

Back in August, director Colin Trevorrow said that the reason women are not helming major franchises is because they’re just not interested. What do you say to that?
I think Colin needs to sit down in his director’s chair. It’s really very upsetting that he would make such a statement just to ease his guilt. I understand it must be hard to realize that the playing field you are collecting all your trophies from is not a level playing field, but that doesn’t mean you can just make inaccurate statements. How about using your privilege for good and demonstrating a little integrity instead of fueling Hollywood’s big denial of this issue further? And if integrity is too much to ask, just say nothing at all.

We’re seeing many male directors with minimal directing experiences being handed multimillion-dollar franchises — Trevorrow helmed Jurassic World, Gareth Edwards directed Godzilla, and Jon Watts will direct the Spider-Man reboot. As an Oscar-nominated director, how do you feel about this, and what does this say about the industry?
What can I say? It sucks. It really does. When I first arrived here, after spending years as a competitive fighter and training U.S. Marines in hand-to-hand combat, Hollywood is the last place I would have expected to find such blatant bias and discrimination. It saddens me, not only for myself and other women directors, but also for the people who run an industry with this mindset. There’s something not right with a person’s soul when they judge another human being to be less adequate because of their gender or skin color. Both racism and sexism are a sickness, and it’s frightening that the world’s number one exporter of entertainment is so heavily affected by this sickness.

A lot of talk has surrounded Effie Brown and the current season of Project Greenlight — what should viewers take away from this show when it comes to the treatment of women in Hollywood?
It’s a case study of how Hollywood functions: The passive-aggressive punishment from the mighty and powerful when someone disrupts their fake PR liberalism. I mean, you have to have some nerve to quit the show, like the Farrelly brothers, or shut someone up right on camera, like Matt Damon did to Effie merely because someone questions their rather ambiguous commitment to diversity and inclusion. Effie is a successful, black female producer, a fact that seemed to fly right over their heads.

You are half-Arabic and self-identify as a woman of color. Do you think it has made things easier or harder not choosing to identify as white?
While I was able to pass as white as soon as I came to America, this was not really possible while I was growing up, as it was pretty obvious that I wasn’t “all German.” So my privilege was that in America, I could conveniently withhold one of my bloodlines and avoid racism and discrimination. That is not a privilege most people of color have. I certainly do think that everything is easier when you’re white, but people don’t need me to say that, there are thousands of statistics and studies that will prove that. Being half-Palestinian comes with its own challenges, especially after 9/11 and also, working in Hollywood. But denying my own father, the three siblings I have on my father’s side, I would essentially be destroying my own essence. So I decided I’m going to be me.