There are a lot of mysteries still to be solved on Limitless. What is NZT? Where does it come from? What is Bradley Cooper up to? How and why did Rebecca’s dad get involved? Why does Brian have no chill?

Case in point: Episode five’s opening scene, in which Brian wakes up, devoid of NZT and having recently stumbled upon information regarding Rebecca’s dad.

He notices a sticky note next to his laptop that reads, “PLAY ME.” This already seems bad. Brian watches the video that NZT Brian recorded the night prior, exhibiting a reaction similar to the one you’d make after discovering old webcam photos from 2004. 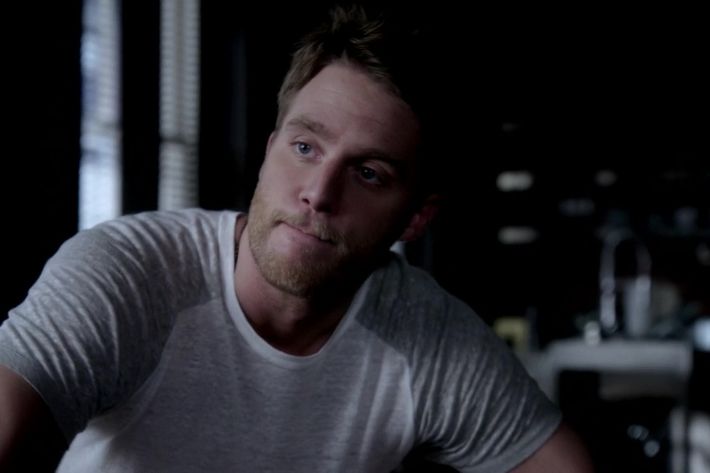 “Nobody can ever see this.” 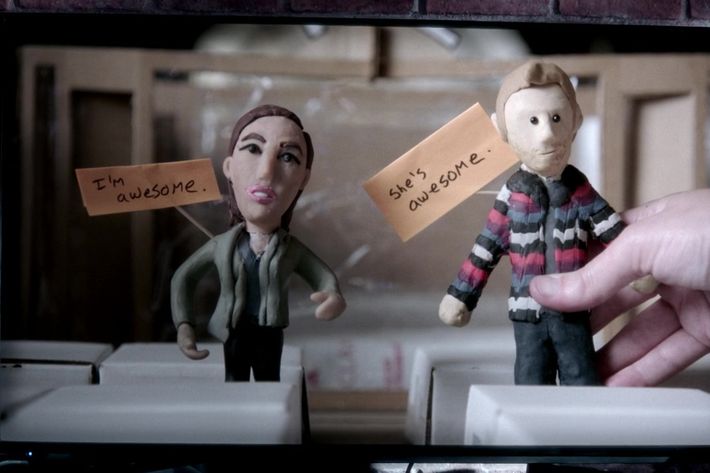 … NZT Brian lays out the case for not spilling the beans to Rebecca. Brian decides to keep his big trap shut.

He and Rebecca head down to the Lower East Side to find a meth lab. While Rebecca and a heavily armed team storm the apartment, Brian drinks way too much apple juice. Limitless, never one for subtlety, shows a computer simulation of this.

So Brian runs into the building to take a whiz and accidentally corners the perp. The perp wants to fight him hand-to-hand, giving Brian a perfect opportunity to use the martial-arts skills he inadvertently gained from watching old Bruce Lee movies. In other words, this show is just going to become Chuck.

Okay, this show is definitely not Chuck (which is good, because — side note — I watched all five [5!!!] seasons of Chuck, and I’ll never get those hours back).

The FBI takes the suspect, Chris, in for questioning. They piece together that the meth lab isn’t really their main concern; it’s a hate group that’s planning on making a bomb. Chris’s brother Sam has been communicating with them.

Meanwhile, Brian asks Rebecca about her dad, hoping to put this whole Secret File/NZT Dad thing to bed. Except she says that she’s not satisfied — she wants answers. Brian wants to tell her, but NZT Brian is also smart enough to make a simple data-viz to argue against doing so. 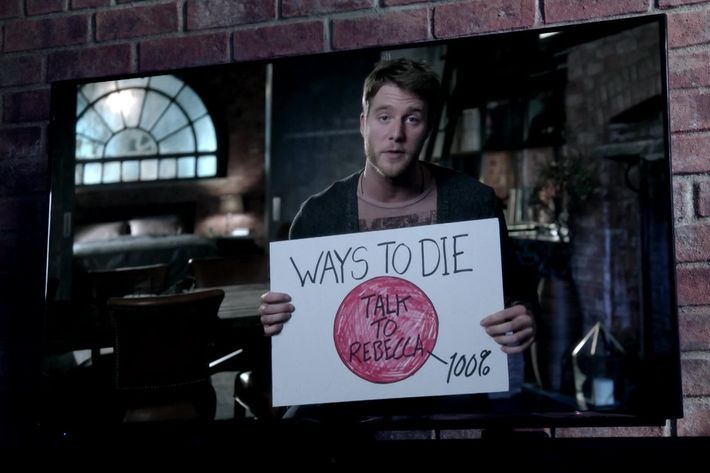 “I can be really annoying when I’m on NZT,” Brian observes.

After that sucker-punch to the face, the FBI is making Brian take self-defense classes with Agent Casey Rooks. Rooks is played by Desmond Harrington, upping this episode’s Dexter alum count to 2.

Also, if you like to ship Limitless characters (are people stanning for this show yet?) but the Brian-Rebecca OTP is getting boring, maybe consider this: 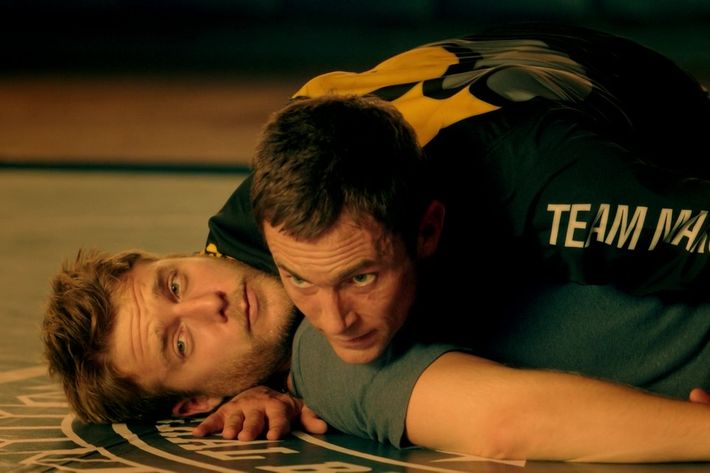 The FBI has tracked down their suspect’s email account and found three images laced with encrypted data in the drafts folder. They’re passing messages to each other through the email account’s Drafts folder. This is a very good idea for surreptitious correspondence that definitely didn’t take down former CIA director David Petraeus in real life.

Those clues lead to a radiology lab with some missing radioactive material. It looks like Sam is building a dirty bomb. Brian is tasked with delivering the news to Chris.

Back at Rebecca’s apartment, we find out that she and Rooks are dating, which is a fun meta-reference if you only watched the first four seasons of Dexter, and a terrible one if you watched all eight.

Back at Brian’s apartment, he presses Sands for information on Rebecca’s dad but gets nothing. Well, not nothing. He gets a bunch of thinly veiled threats against Rebecca and his own dad. Brian commits to becoming “Badass Brian,” who does not snoop around and only looks out for himself and wears a leather jacket and aviators. I bet that will end well.

Regarding the bomb plot, Chris believes he knows his brother’s whereabouts. Brian, much to his chagrin, is forced to manipulate Chris into turning in his brother by lying about how cool prison is. It goes from bad to worse when, during the sting, Chris ends up getting caught in the crossfire and dies. 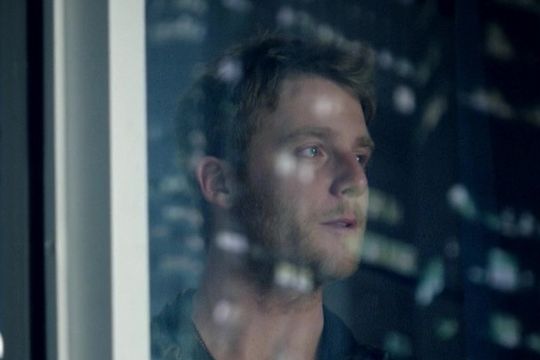 Badass Brian cries. Then he records his own video for his NZT counterpart, refusing to put himself ahead of others, and then goes over to Rebecca’s place with the secret files.

This is probably the most solid (solidest?) episode of Limitless yet. It’s got a decent case of the week that brings out good character moments for Brian and Rebecca, it kicks the overarching NZT can down the road in a way that doesn’t seem like stalling, and it’s got some amusing, NZT-induced visual flair. Whereas last week felt like too much plot, this one felt about right.

+Comments Leave a Comment
Limitless Recap: Brian Gets Into Vlogging