A horse is a horse of course. Photo: Kevin Winter/Getty Images, Universal Pictures

Anthony Mackie, who at this point seems to be auditioning for a spot on The View, spoke with the Daily Beast on diversity in directing, and it went about as well as you might expect. On the subject of finding an African-American director to direct the Marvel Cinematic Universe’s first black superhero movie, Black Panther, Mackie shared that he doesn’t think it’s important:

“As a director your job is to tell a story. You know, they didn’t get a horse to direct Seabiscuit! The thing is I don’t think the race of the director has to do with their ability to tell a story. I think it’s all about the director’s ability to be able to relate to that story and do it justice. I think men can direct women, and two of my greatest work experiences were with female directors. So I think it all depends. May the best man, or woman, win.”

Thank you, Mackie, for bravely championing equine inclusion. He’s got a point: Why are we talking about the lack of black directors when there literally have been zero horse directors? Why are we so fixated on the fact that white men have directed every Marvel film when humans have directed every movie, period? Do you think the horse that missed out on the chance to direct Seabiscuit is the only horse that’s suffered in Hollywood?

Let’s take a look at some other well-known horses who’ve been taken to the proverbial Tinseltown glue factory.

Perhaps when Rosa Parks sat down on that bus in Montgomery, Alabama, she distracted America from the real problem at hand: Some poor horse was being hustled onto the set of Mr. Ed to shoot a pilot for a show that would soon debut on CBS. CBS kept that horse hostage for six years, never once letting him direct or write an episode. You know why Lil Wayne gave Mr. Ed a shout-out on the carpe diem anthem “The Motto”? It’s because he relates to the struggle. Mr. Ed is a metaphor for our American prison system.

Sure, Anna Sewell was an invalid who was able to see her first novel reach success before she died, but what about the horse she based it on? That horse has gotten no recognition after nearly two centuries of book sales and film adaptations. Appropriate much, Hollywood?

Bullseye gets no recognition in the big world of Toy Story. He’s just a token horse for Woody to ride around on. There have been so many stories told in the Toy Story universe, and yet Bullseye remains a footnote. 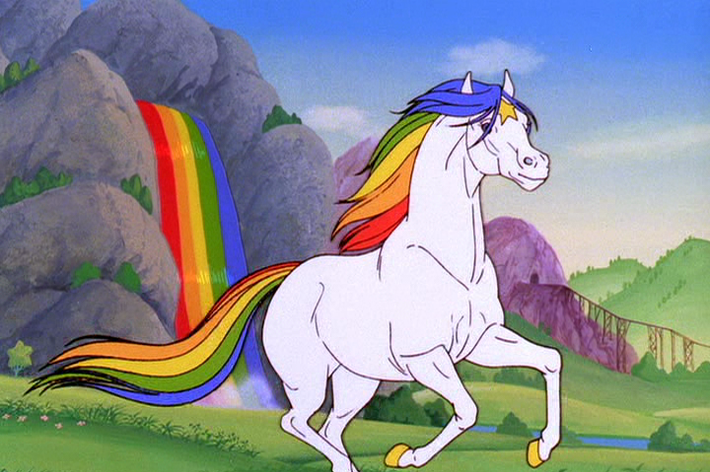 This heffa Rainbow Brite pulls a Columbus and “finds” a magical horse? Look at the Brite Supremacy at work.

How does a Triple Crown winner not receive more recognition? Why hasn’t he sold his life rights and produced an auteuristic biopic? He has the leverage to pull a Ben Affleck and direct himself, perhaps in a blockbuster opposite Jennifer Lawrence. Is it just the spelling of pharaoh working against him?

That One Horse From an Episode of Dynasty

Everyone remembers the epic battle Alexis Carrington and Krystle Carrington had in Alexis’s studio, but what about the horse that spurred that conflict? Alexis shot at the horse, who dropped Krystle and caused her miscarriage. Where is that horse’s Emmy? Why is no one clamoring for the horse to have its own homage on Empire? 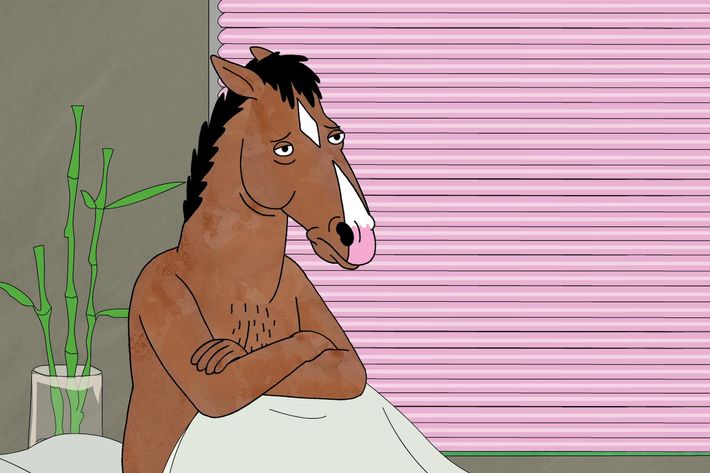 The greatest injustice of all, BoJack Horseman never cracked the glass stable and directed an episode of Horsin’ Around. According to BoJack creator Raphael Bob-Waksberg, “BoJack THINKS he directed the Horsin’ Around season eight episode ‘Single White E-Mail,’ but in actuality Gail Mancuso was always ten steps behind him, undoing his terrible decisions and apologizing profusely.”

Anthony Mackie, all of the horses need you.

snow jams 13 mins ago
11 Rules for Writing an Original Christmas Song in 2022 According to the people behind hits for Kelly Clarkson, Ariana Grande, ’N Sync, and more.
overnights 8:00 a.m.
Welcome to Chippendales Recap: Heavy Is the Head Nick and his artistry cannot live under the pressures of a patron like Steve.
coming soon 1:36 a.m.
Scarlett Johansson Finds Just Cause to Lead a TV Show It won’t be her first time starring in a project based on the book by John Katzenbach.
thanks fam Yesterday at 10:50 p.m.
Michelle Williams Shouted Out Her Grams From Dawson’s Creek Paying tribute to Mary Beth Peil in her Gotham Awards acceptance speech.
overnights Yesterday at 10:30 p.m.
Southern Hospitality Series-Premiere Recap: What Hath Leva Bonaparte Wrought? Bravo gives Leva Bonaparte the Vanderpump Rules treatment and spins off her and her band of merry, sexy, TV-ready employees into a franchise.
awards szn Yesterday at 10:18 p.m.
Everything Everywhere All at Once Tops 2022 Gotham Awards The only double winner of the night.
overnights Yesterday at 9:15 p.m.
Below Deck Recap: The Lost Boys Alissa and Camille are on a collision course. At least these guests are fun and easygoing.
when the party's over Yesterday at 7:47 p.m.
Don’t Get Too Attached to Billie Eilish’s Annual Vanity Fair Interviews From now on, she says she’ll release one “every few years.”
too much fun Yesterday at 4:53 p.m.
Is Aubrey Plaza’s Blonde Era Part of an Elaborate Prank? She might be in prank witness protection after filming The White Lotus.
money money money Yesterday at 4:08 p.m.
Glass Onion Solves the Mystery of Getting People Into Theaters The whodunit made an estimated $15 million from just 600 theaters.
vulture lists Yesterday at 3:30 p.m.
13 Holiday Horror Movies You Can Watch Right Now From classics like 1974’s Black Christmas to the 2018 zombie musical Anna and the Apocalypse.
doing something unholy Yesterday at 2:32 p.m.
Kim Petras Has ‘Nothing to Say or Be Ashamed of’ About Dr. Luke Collabs She was previously one of his loudest defenders.
knives? out. Yesterday at 1:48 p.m.
Glass Onion: A Knives Out Mystery Delivers Its Final Clue Must see: Janelle Monáe and Daniel Craig discussing the game Clue.
flop weekend Yesterday at 12:42 p.m.
Disney’s Strange World Eats Space Dirt at the Box Office Not even Jake Gyllenhaal’s press-junket memes could save it.
pick-a-little donate-a-lot Yesterday at 12:20 p.m.
Nicole Kidman Comes to This Place (The Music Man) for Magic (to Donate $100K) Only she could earn a standing ovation as an audience member.
vulture 10x10 Yesterday at 12:00 p.m.
The Geometric Puzzle 21-Down, Five Letters: Movie that gave us the term “chestburster.”
the law Yesterday at 12:00 p.m.
Everything We Know About the Megan Thee Stallion and Tory Lanez Shooting Lanez has been ordered under house arrest following an alleged altercation with August Alsina.
By Victoria Bekiempis and Zoe Haylock
piano's hot Yesterday at 11:29 a.m.
Damien Chazelle Is Spiritually Incapable of Making a Movie Sans Jazz Margot Robbie All About Eves Samara Weaving in the Babylon trailer.
overnights Yesterday at 11:18 a.m.
The Real Housewives of Potomac Recap: Take It to da House Somehow, Karen has become the personal steward of everyone’s behavior in this Mia-versus-Wendy situation.
disrespect the classics Yesterday at 10:59 a.m.
Bob Dylan Hopes to ‘Rectify’ Book-Signature Controversy ‘Immediately’ After Simon & Schuster offered refunds for $599 auto-signed editions of his new book.
More Stories