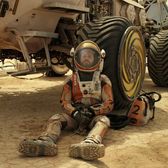 “I can’t imagine anyone not liking this one,” raved our critic, David Edelstein, about Ridley Scott’s wonderful new sci-fi flick. But will Oscar voters like it enough to vote for it, or will it be hastily dismissed as a genre play? Academy members have shown a willingness to go for sci-fi films like Distict 9 and Avatar if they feel like there are significant thematic underpinnings, so Team Martian would be wise to tout the film’s spirit of can-do cooperation. And word has it that this very funny film will be submitted in comic categories at the Golden Globes, where it could actually contend for some high-profile wins. 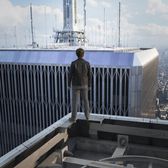 This technically marvelous Robert Zemeckis confection is getting great reviews, but most of them come with a caveat: The 20-minute 3-D sequence where daredevil Philippe Petit walks on a wire between the World Trade Center buildings is staggering, but the more earthbound stuff that comes before it doesn’t quite measure up. 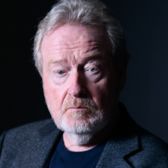 Scott hasn’t been nominated since back-to-back nods for 2001’s Gladiator and 2002’s Black Hawk Down, and it’s notable that he’s one of the few people to direct a Best Picture winner without winning himself. (While Gladiator took home the top prize, Traffic’s Steven Soderbergh snuck away with Best Director.) If The Martian soars this season, Scott’s got a “he’s due” narrative that is tough to ignore. 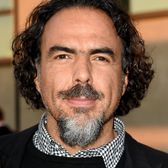 Holy shit, that new trailer. This Oscar season is going to be packed with former winners (like Jennifer Lawrence and Aaron Sorkin) who could repeat their feat; might Iñárritu pull off a practically unprecedented two-in-a-row victory? 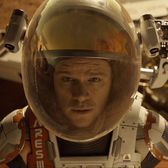 The 44-year-old Damon is incredibly winning in this film, and since he’s essentially his own scene partner, it’s a real showcase for his skill, charisma, and crack comic timing. Do Damon’s recent PR kerfuffles hurt? Well, they don’t help … but at the same time, Damon’s conservative attitudes about How Hollywood Works are mostly shared by most of the old white dudes who make up the Academy, so his target demographic likely isn’t too alienated. 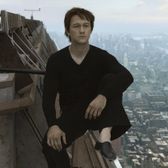 While Gordon-Levitt literally throws heemself into the role of wire-walker Philippe Petit, heez French accent has been a sticking point for most critics, and heez overweening narration quickly wears out its welcome, n’est-ce pas? 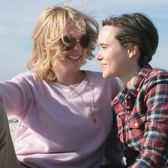 The Oscar-winning Moore is oddly disengaged in this gay-rights drama, where she plays Laurel Hester, a lesbian detective whose desire to assign pension rights to her girlfriend is repeatedly denied. “Ms. Moore never fits comfortably into her role,” noted Times critic Manohla Dargis, who even called Moore’s New Jersey accent as “sloppy as a triple-decker sandwich.” 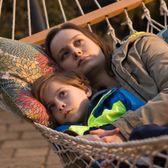 Yeah, everyone’s still waiting to see what Jennifer Lawrence brings to the table with Joy, but in the meantime, Larson is quietly trending upward. Could this category become a battle between two of Hollywood’s best and brightest ingenues? 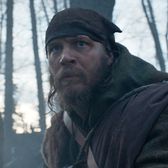 While this thriller is presumed to be a major Leonardo DiCaprio vehicle, it’s Hardy who got all the dialogue in that new trailer. The Revenant will cap a strong year (after Mad Max and Legend) for the always-in-demand Brit, so a nomination could be the right reward. 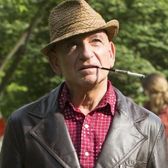 Kingsley’s amusing as the Czech circus maestro who teaches Gordon-Levitt his wire craft, but his performance is likely too light to land on this packed short list. 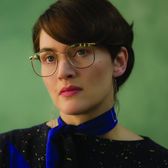 Your Oscar Futures blogger finally caught the formidable Steve Jobs last night, and it’s a doozy. We’ll get into the movie more in next week’s column, but as Macintosh marketing head Joanna Hoffman — the only woman who’s able to tether the mercurial title character to planet Earth — I think the terrific Winslet is a lock to be nominated. 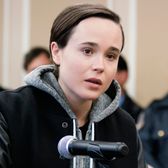 Page certainly gives the film her all as a young lesbian whose partner is dying, but by the end of its running time, Freeheld has practically lost track of its central couple, preferring instead to focus on the journey of their straight allies.

+Comments Leave a Comment
Oscar Futures: Does The Martian Have a Shot?

tributes 6:45 p.m.
The Music Industry Mourns Fleetwood Mac’s Christine McVie Even Bill Clinton said goodbye to the Songbird.
gma3 goss: what you need to know 6:23 p.m.
Sorry, Were We Interrupting Something on GMA3? T.J. Holmes and Amy Robach were a giggly duo of hosts for the first time since news of their relationship broke.
villainous behavior 6:03 p.m.
Los Espookys Canceled by HBO, Enemies of the Moon HBO needs to sit in the corner and think about what they’ve done.
oscar futures 5:37 p.m.
Oscar Futures: Is the Academy Ready to Forgive Will Smith? He’s banned from the ceremony for the next ten years, but could Will Smith nab a nomination for Emancipation anyway?
By Nate Jones
tributes 5:07 p.m.
Takeoff’s First Posthumous Verse Appears on Metro Boomin’s New Album Alongside A$AP Rocky on “Feel the Fiyaaaah”
power rankings 4:46 p.m.
The Final Survivor Season-43 Power Ranking A last look at who is in the best position to win it all.
vulture lists 4:30 p.m.
A Ranked Guide to John Wick–Inspired Movies Evaluating the latest generation of stunt-heavy, fist-fighting action movies, including this weekend’s Violent Night.
follow friday 4:20 p.m.
Brian Robert Jones Has a Root Canal After This We chatted with the musician about being a rough hang, boy bands, and Caleb Hearon.
delectable 4:18 p.m.
Hollywood Couldn’t Risk Making a Movie Like Bones and All Luca Guadagnino knew Hollywood didn’t have the requisite taste for flesh. So to finance his first American-set movie, he turned to an Italian backer.
masters of press 3:41 p.m.
Keke Palmer’s Nope Press Tour Deserves an Archive She does her Angela Bassett impression … with Angela Bassett!
theater review 2:45 p.m.
Ain’t No Mo’ Takes a Jubilantly Unrespectable Flight to Broadway Jordan E. Cooper’s satire doesn’t button up in a bigger venue.
now streaming 2:42 p.m.
The 5 Best New Movies and TV Shows to Watch This Weekend Let Matt Rogers and David Harbour usher in your holiday season.
fandom 2:35 p.m.
No, That Wasn’t Danny DeVito You Just Saw at a Party in Bushwick Just hundreds of semi-bald lookalikes.
vulture lists 2:26 p.m.
The Most Horrific Twilight Character Backstories, Ranked by Absurdity You only get a glimpse of Stephanie Meyer’s twisted mind in the movies, but the books really let the freak flag fly.
ho ho ho 2:18 p.m.
Sexy Santas, Ranked There’s something about that twinkle in his eye …
awards szn 2:04 p.m.
New York Film Critics Circle Gets the TÁR Love STÁRted Along with wins for RRR, Aftersun, and Marcel the Shell With Shoes On.
workaholics 1:47 p.m.
So You Thought BTS Was Going on Break? LOL A guide to their solo projects and upcoming group activities (so far).
overnights 1:33 p.m.
Slow Horses Recap: Walk Into It After the combustible season-two premiere, “From Upshott With Love” taps the brakes a bit too hard.
the industry 1:13 p.m.
What the Holiday 100 Reveals About Our Love of Christmas Music It’s Mariah’s world (obviously) — but Ariana and Kelly are settling into it.
going analog 12:42 p.m.
Patti Smith’s Worldview Finds a New Format in the Beautiful A Book of Days The punk icon’s visual artistry is on full display in her new photography collection.
More Stories